For the first time in four decades SeaWorld’s star killer whale is communicating in something other than clicks, squeaks, whistles and trills. Shamu has joined Twitter. 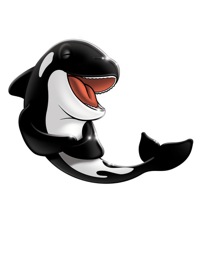 Shamu has tweeted on subjects as diverse as Moroccan tree goats, Brazilian soccer teams, the Obamas’ Portuguese water dog “Bo,” pubs in the English countryside and the paint scheme on Southwest Airlines planes. Asked if he likes to eat lobsters, Shamu replied emphatically that he did not, telling his readers simply, “They’re pinchy.”
In addition to giving SeaWorld’s iconic marine mammal a voice, Shamu’s presence on Twitter is intended to reach guests and potential theme park consumers in novel, entertaining, and interactive ways.

“It turns out Shamu has a lot to say,” said Joe Couceiro, chief marketing officer for SeaWorld’s parent company, Busch Entertainment Corp. “We knew he was a very popular whale, but I’m not sure anyone knew just how many subjects he held opinions on.
“For us, Twitter is a way to engage people in a conversation that is far more interactive, immediate and authentic than many traditional forms of marketing. Shamu entertains and educates, certainly, but Twitter also offers us ways to enhance a guest’s experience in our parks. We’ve had visitors tweet with suggestions, problems, questions, photos, video, even jokes for Shamu – while they’re inside SeaWorld, Discovery Cove or Busch Gardens,” Couceiro said.

In his early tweets Shamu has revealed a clear fondness for sports, tweeting on rugby, football, soccer (he is a fan of Newcastle in the English Premier League), baseball and a Brazilian game known as Bossaball, which combines martial arts, soccer, trampolines, gymnastics and volleyball. The 8,000-pound killer whale has also shown a surprising impatience for other members of the animal kingdom, particularly dolphins, a species he characterizes as, “All hat and no cattle.”

But, while quick with a quip, Shamu is also an enthusiastic teacher, offering lessons on biology, geography, anatomy, architecture, current events, history and even punctuation.

Shamu has been asked repeatedly by Twitter users how he types without the benefit of fingers. “I have assistants, as you would be expect of a whale of my stature.” He adds that saltwater adversely affects devices commonly used by Twitterers, like computers and cell phones, making his human transcriptionists critical to the effort’s success.
Shamu can be found at twitter.com/RealShamu.

Now that Shamu’s on Twitter, how about Mickey Mouse and Woody Woodpecker?