Free opening day for the Family Theatre Festival this year

The Orlando Repertory Theatre (REP) is inviting families to attend the 3rd Annual Target Family Theatre Festival in Orlando’s Loch Haven Park from July 17 to 26. The festival will featuring performances by Mr. Steve from PBS Kids, Brady Rymer and the Little Band That Could, Justin Roberts and the Not Ready For Nap Time Players, Thoroughly Modern Millie, SNACK, international puppet shows and more.

The festival will kick off with a free Opening Day Celebration on July 18 from 10 a.m. to  2 p.m. The celebration is an exciting family event complete with shows, live entertainment and fun, hands-on activities for kids.

The festival will bring some of the top childrens recording artists in the country to Orlando: 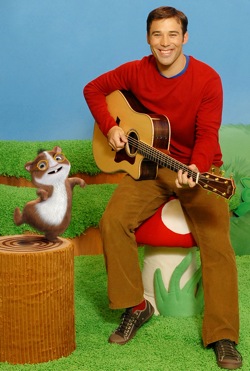 • Mr. Steve from PBS Kids has performed at the White House, the Kennedy Center and Fenway Park. He entertains children with his catchy songs featuring interesting and clever lyrics, and has won numerous awards including two Parents Choice Gold Awards.

• Justin Roberts and the Not Ready For Nap Time Players have received rave reviews from national media outlets including The New York Times, Newsweek, People magazine, Entertainment Weekly, and The Chicago Tribune. He has also been featured on the Today show.

This years festival also presents a variety of diverse shows and performers, such as Thoroughly Modern Millie, Snack, Mr. Richard and Origami Tales by Kuniko Yamamoto. The REP will partner with IBEX puppetry to present four international puppet groups.

”We are beyond excited by the talent that is lined up for the Festival this year. Between our national acts, international shows, and locally produced performances, there is almost too much from which a family may choose to spend a summer afternoon,” said Jeffrey Revels, artistic director of The REP. “Some of our favorite music for young people will be performed by award-winning singers and bands – this music is for families who rock! These are not the traditional toddler favorites, but kid-friendly songs that adults can appreciate as well.”

Tickets range from $6 to $12 for all performances. All shows take place at the Orlando Repertory Theatre at 1001 E. Princeton Street, Orlando and the Orlando Shakespeare Theater at 812 E. Rollins St. Orlando. Visit www.orlandorep.com or call 407-896-7365 ext. 224 for complete festival schedule and information.

The REP is a professional theatre for young audiences with a mission to enlighten, entertain and enrich children and adults by producing theatre of exceptional quality. The award winning REP Youth Academy provides classes, camps and workshops for children along with professional development opportunities to local classroom teachers. Housed in a three-theatre complex in Loch Haven Park, The REP is also home to the University of Central Floridas MFA in Theatre for Young Audiences graduate program.

Celebrate the King of Rock and Roll...