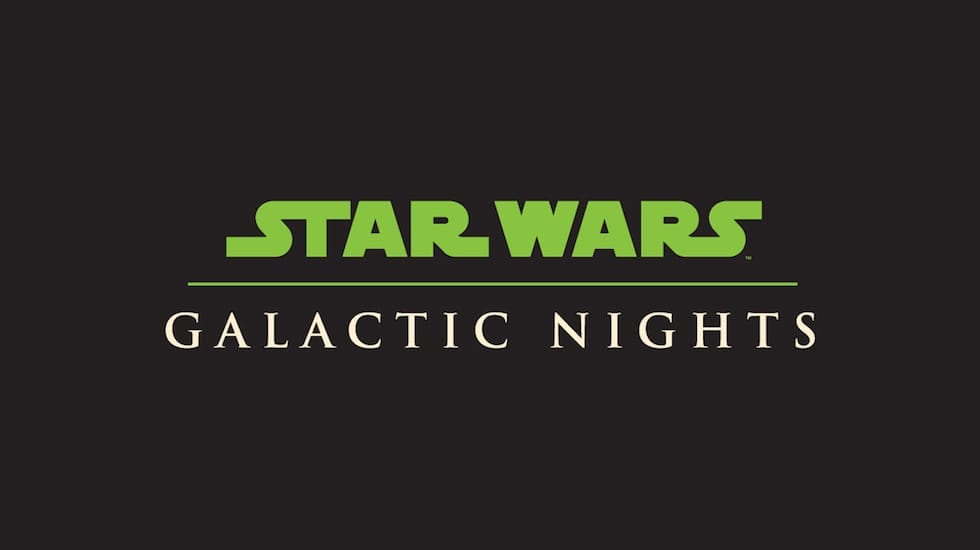 It’s time to dust off those Jedi robes and grab your lightsabers, because Star Wars: Galactic Nights is coming back to Disney’s Hollywood Studios. This after-hours ticketed event will celebrate the entire Star Wars saga with fans on Dec. 16.

This is the second Galactic Nights event to be held at the park, and it is expected to be held again in the future. Guests attending the event can enter the park starting at 5 p.m.

Other entertainment offerings for the evening will include:

More entertainment offerings will be announced as the event approaches.

New premium offerings will be available during this event, like the Galactic Tasting Sampler for $30 plus tax, where foodies from all over the galaxy can devour Star Wars-inspired fare; and a Jedi Recruitment package for $149.95, where force-sensitive younglings to explore their strength in the Force. The Jedi Recruitment Package will include a spot in Jedi Training: Trials of the Temple, a lightsaber, a Jedi robe, a limited edition Star Wars shirt and a photo with the Jedi Master.

Guests of all ages are encouraged to wear costumes to this event, but must follow the special event guidelines for costumes like those for Mickey’s Not-So-Scary Halloween Party.

Tickets for Star Wars: Galactic Nights are $129 for adults, and $124 for kids ages 3-9, and discounts for Disney Vacation Club Members and Annual Passholders are available. To book your tickets to the special event, visit DisneyWorld.com or call 407-W-DISNEY.

Check out all our videos from the previous Star Wars: Galactic Nights event below: