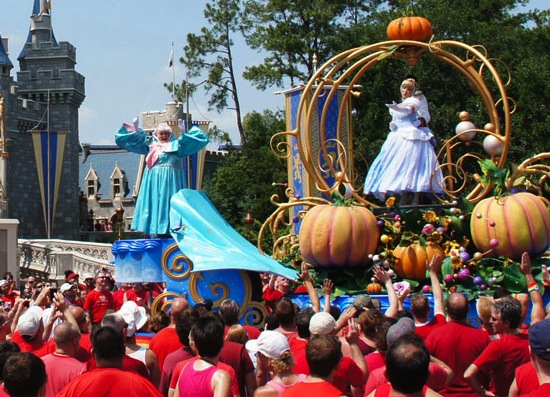 The Orlando theme parks welcomed back thousands of guests attending the annual Gay Days week. Probably most well-known of the events is the so-called “red shirt day” at the Magic Kingdom.

When red shirt day began, it could have been considered one of the very first flash mobs, where people spread word on the Internet to show up somewhere at a certain time. Gay friends who knew each other only from chatting on online decided if they wore red shirts, it would be easier to spot each other in the crowd. 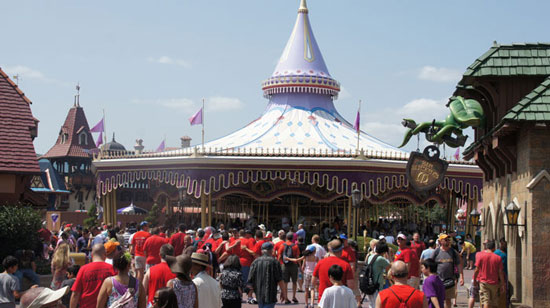 Fantasyland in the Magic Kingdom. 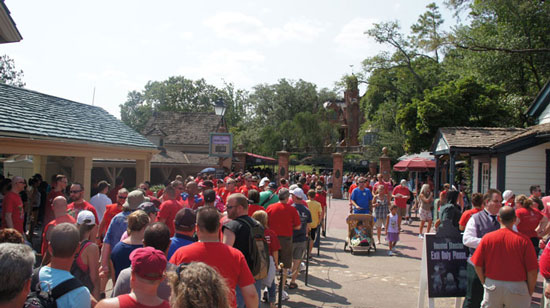 The line to enter the Haunted Mansion.

A few weeks ago I had dinner with the former head of Walt Disney Imagineering and Disney Legend, Marty Sklar. The thing I remember most about the conversation is that Marty said the Disney parks are about reassurance. Reassurance that the world is OK, that you can talk with strangers and everyone gets along. I thought about that a lot in the Magic Kingdom on red shirt day. Reassurance is why the day has remained popular for 21 years. People come back, year after year, because it’s reassuring to enjoy the park among friends, and mix into the normal park crowd, even though they may stand out due to the bright red shirt. 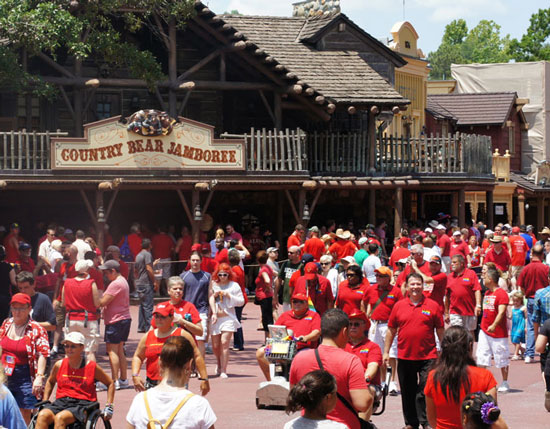 One of the traditions of red shirt day is to meet up at certain times at certain attractions. For example, thousands of men who call themselves “bears” show up early afternoon to enjoy the Country Bear Jamboree together. (Gay men known as bears tend to have hairy bodies and facial hair; some are heavy-set or muscular.) 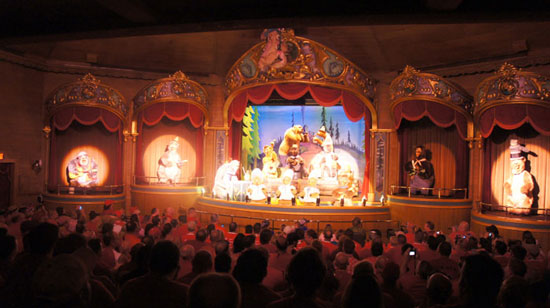 It is one of the funniest performances of the year, with cast members poised to tell the usual scripted jokes and songs to an eager crowd that roars with laughter in response. The bear show jokes are corny, but the “bear” attendees identify with the jokes and have a good laugh at themselves.

Gay Days organizers also rent out the parks for private events. For example, one night there was a late-night dance party at Universal Studios. 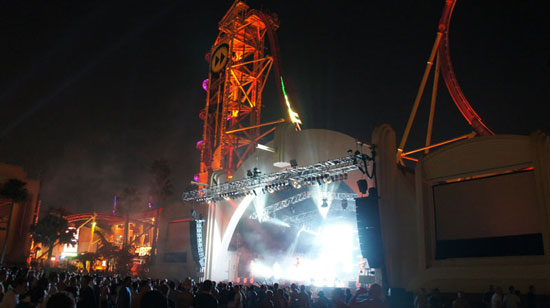 Another night there was a late-night pool party at Typhoon Lagoon. 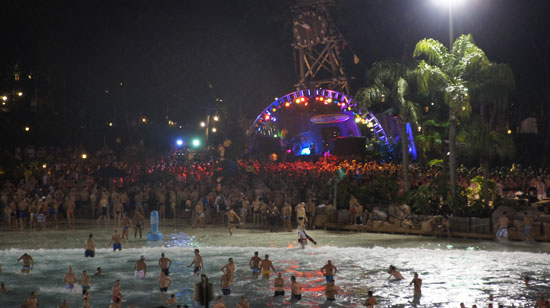 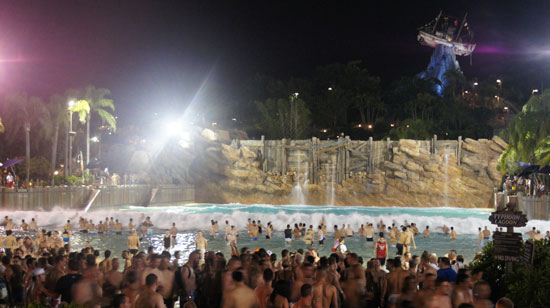 Glow sticks were given to some attendees at Typhoon Lagoon. At one point they waved them in unison to the music. This was humorously nicknamed the “flash mob” by the organizers. 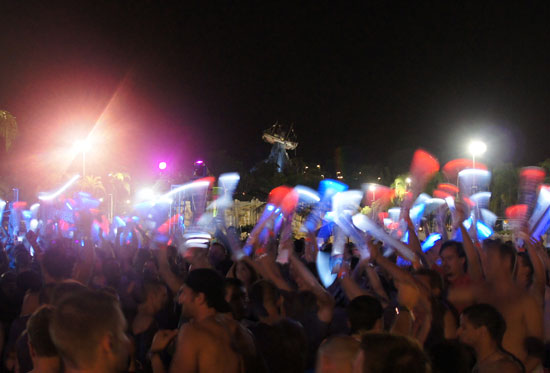 Here’s a video showing some of the Gay Days events from 2010:

A detailed look at Universal Orlando Resort from above

Too bad Disney allows this to happen during regular park hours.

This day needs to be promoted just like any other event, that way we could plan if we would like to attend or plan other events for that time.

I know that Disney has this day but as a parent I have to say I would be very upset If I planed my vacation and it was for the day that I was there, Disney and other websites need to let parents know when this day is going to be not after the fact.

Greg and Charles, get a life, it’s just another day at Disney but with a lot of men wearing red.

What sold for top dollar at the...