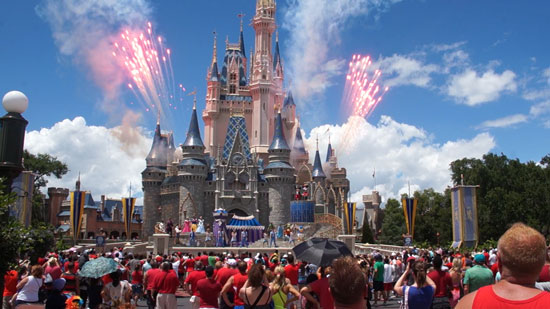 Orlando’s attractions welcomed guests back this week for the 23rd annual Gay Days events. The visit to the Magic Kingdom is the most well-known part of the weekend. However, hotels and parks are completely rented out by independent event organizers for parties during the day and night. 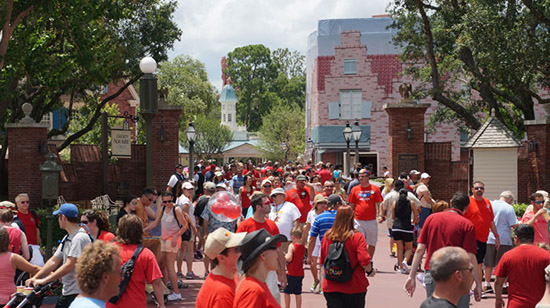 The most well-known host for Gay Days is the Magic Kingdom where Gay guests and their families and friends wear red shirts to stand out in the crowd. If it weren’t for the red shirts, it would be an average Saturday in June in the park.

The visit to Magic Kingdom in a red shirt was first started by a group of Internet friends who had not met in person. They decided to wear red shirts so that they could spot each other easier. 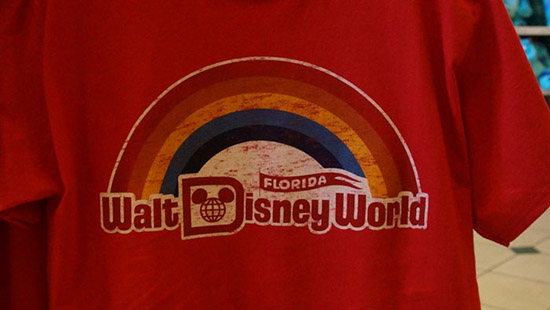 If you didn’t bring or own a red shirt, the mouse had these popular choices to buy. They sold well. 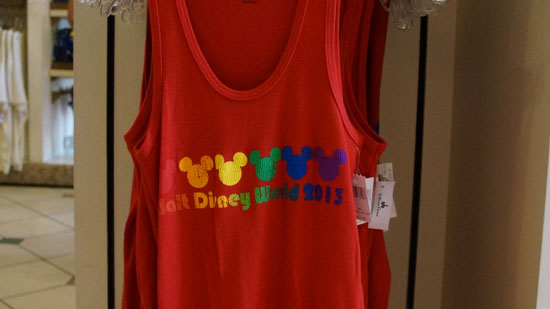 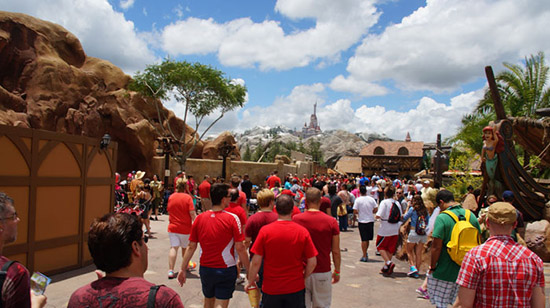 Guests had new areas of the park to explore this year. 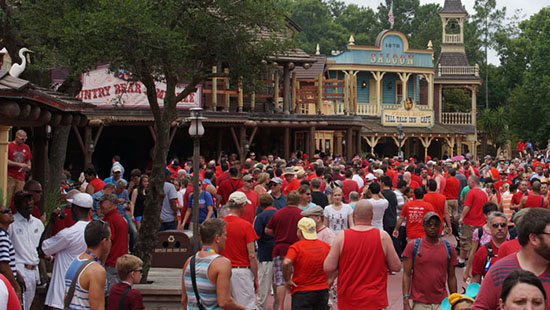 There’s nothing official at all about red shirt day in the park. However, over the years certain meeting spots and times have become part of the tradition. 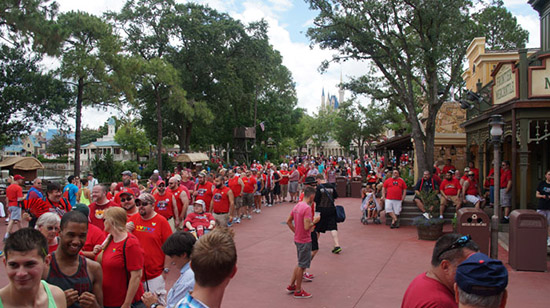 For example, at 1 p.m. there’s a meet up at the Country Bear Jamboree. 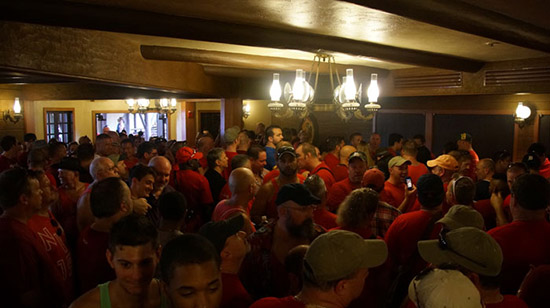 Heavy, hairy gay men call themselves “bears”. Each year the “bears” in the park meet at the Country Bears attraction to watch the show and sing-a-long and laugh together. However, you don’t have to be a “bear” to join the fun. 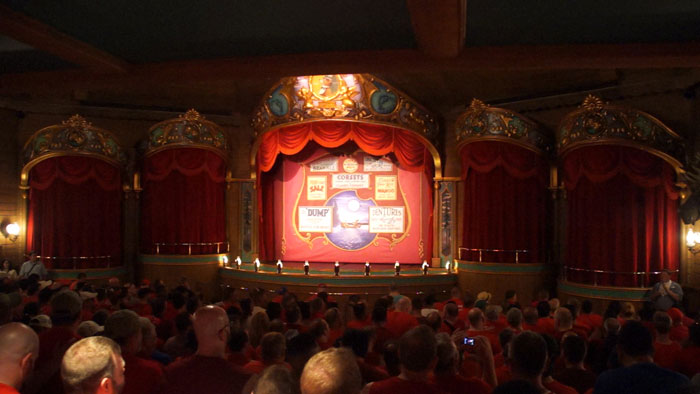 Country Bears was updated in the past year, and the guests loved the new bear puns in the opening and closing spiels.

We have video from last year here: 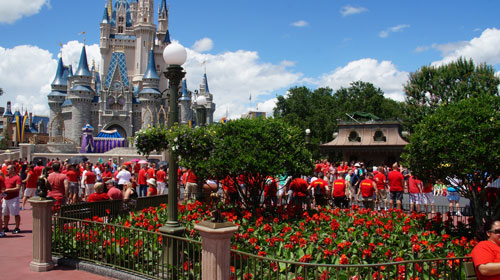 After a while, you begin to notice red that you don’t normally notice in the Magic Kingdom, like this flower bed. 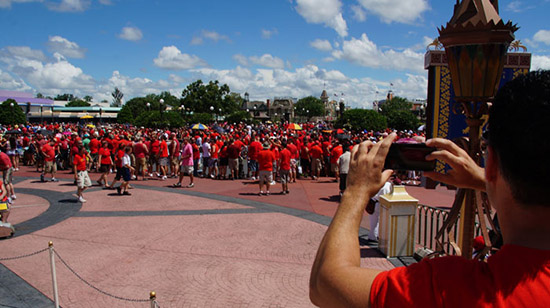 Another tradition is to meet at the castle hub and watch the parade. 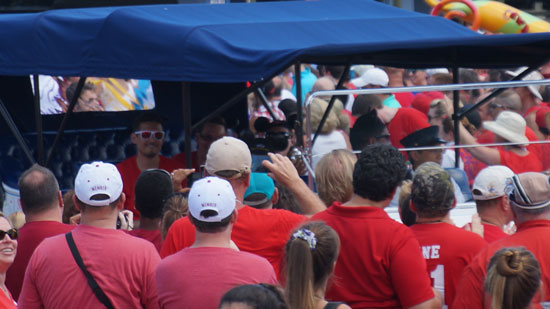 Two of the parade grand marshalls were among the red shirted guests. 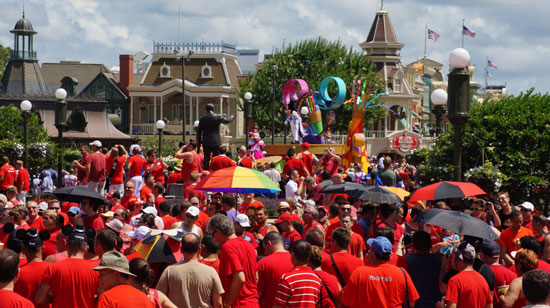 Walt said, “To all who come to this happy place, welcome!” 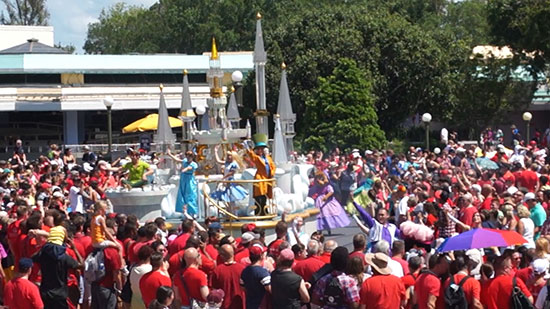 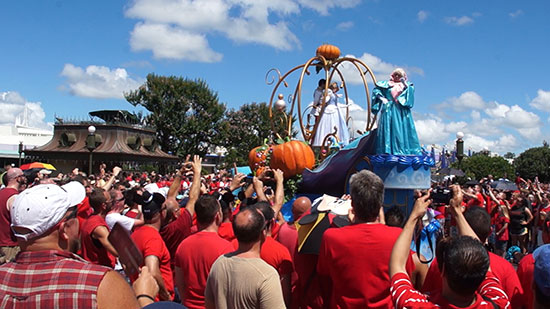 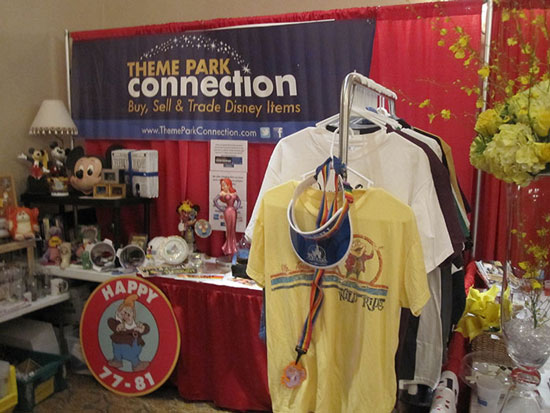 One of Attractions’ show sponsors was a vendor in the event expo at one of the hotels, and joined the attractions in welcoming the guests to Orlando.

The largest of the private parties this year was the annual Riptide party in Typhoon Lagoon. The party was organized just it is for the frequent after hours convention parties in the attractions, with an outside organizer renting out the park and selling tickets themselves. New this year was a pre-party, where guests could ride Crush ‘n’ Gusher before sunset. Crush ‘n’ Gusher is the only area of Typhoon Lagoon without nighttime convention event lighting.

We have video of the party here: 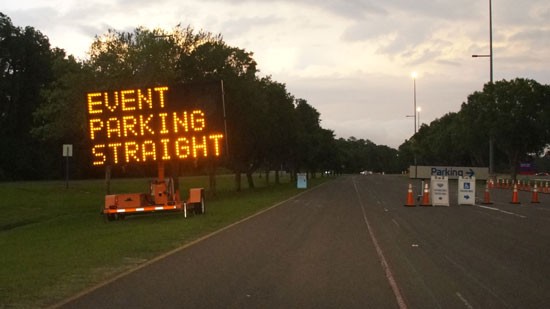 There was a new event on the schedule this year. An after hours party at Epcot. Guests for this party were directed to convenient parking serviced by specially arranged shuttle buses. 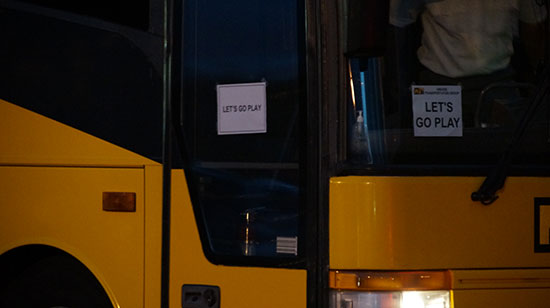 Buses went directly from Epcot parking along the park’s backstage road to the World Showplace pavilion. This allowed for only a few steps between your car, the bus and the party! It was very convenient and it kept guests out of the rain that was lurking nearby. 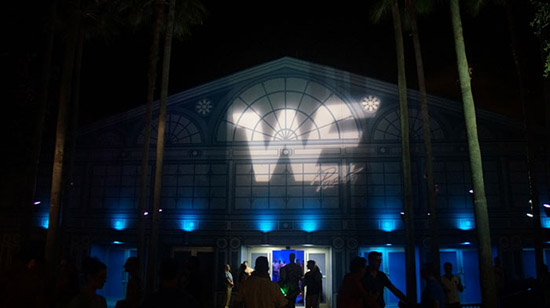 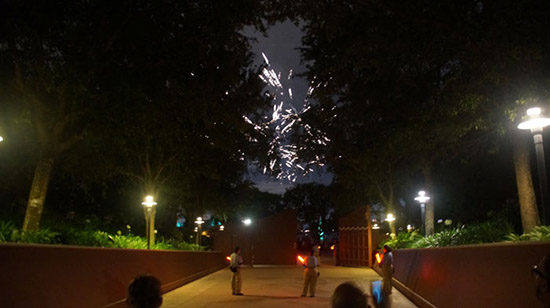 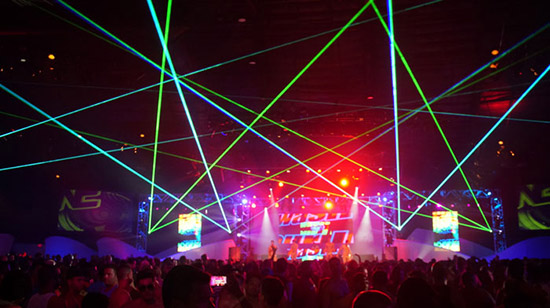 The party had an amazing laser and light show. It was kind of like being in the Mannequins club in the former Pleasure Island at Downtown Disney, but multiplied. Just like Mannequins, the WE Wash party had performers on stage while guests danced on the dance floor. WE Wash was just a theme created by the organizers, as if the party was a crazy universe soap commercial.

We have video of the party here:

Laser and light show at WE Wash, a private party at Epcot for Gay Days

PARKsaver: Many great Disney deals this summer – on land and sea

Stars in the Parks: Lance Bass