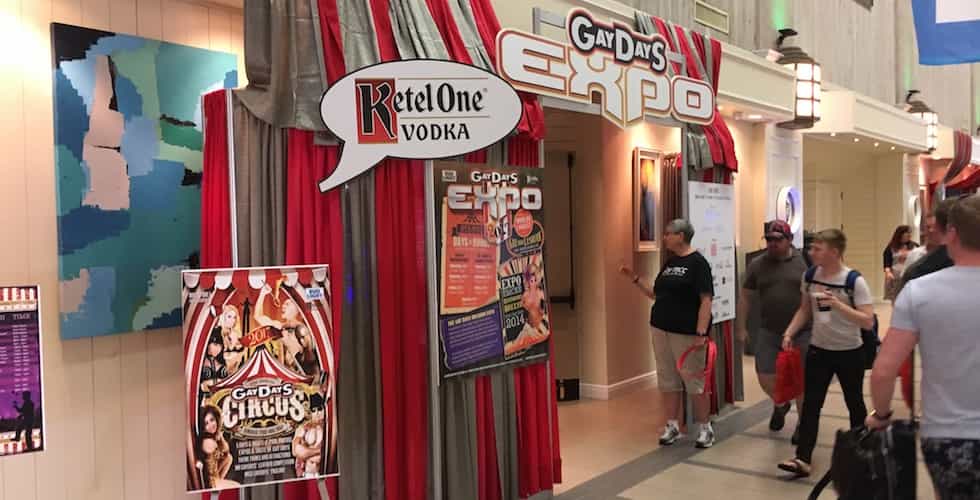 GayDays runs from May 30 through June 4 this year.

The annual GayDays LGBTQ event began on May 30th this year, and once again is the premiere vacation experience for the lesbian, gay, bisexual, transgender and queer community, thanks to a weeklong celebration full of events, and its inclusive and welcoming environment.

According to the official website, GayDays is “an all-over town, something for everyone extravaganza.” This year, GayDays will host theme park visits to Universal Studios, Walt Disney World, and SeaWorld Orlando, along with a whole calendar of other events, such as the 19th Annual GayDays expo.

The annual Red Shirt Days, in which guests to this event will visit the parks in their red shirts, will be held at nearly all of Orlando’s most popular theme parks. Check out the list of dates below:

With all of those exciting events, GayDays is expecting more than 180,000 guests to attend the event this year.

The kick-off party on Tuesday, May 30, as well as the LOVE! onePULSE Cabaret Show on Saturday, June 3, will each give 100 percent of the ticket proceeds to the onePULSE Foundation.

GayDays was first held in 1991, with just a visit to Disney’s Magic Kingdom. This is a tradition that has lasted throughout GayDays’ entire run, and is the keystone event of the vacation gathering. This year, an expected 50,000 red shirt-wearing guests will pack Magic Kingdom on June 1. Guests wear red shirts to symbolize the spirit of the event, and have even drawn attention from it thanks to social media.

Hosting some of the most fun, welcoming and exciting events, GayDays has become an Orlando tradition unlike any other.

For more information on GayDays events, travel, or to purchase tickets, visit gaydays.com.