GeekyCon kicks off this Thursday at the Orange County Convention Center 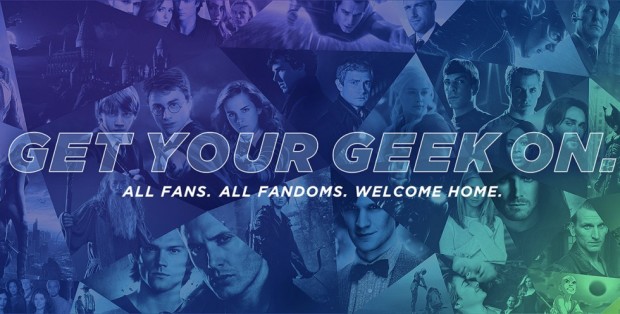 Thousands of “geeks” from across the country will unite in Orlando at GeekyCon, happening July 30 to Aug. 2 at the Orange County Convention Center.

In recognition of this geeky gathering, Orange County Mayor Teresa Jacobs has officially declared July 31 as Geek Day. Orange County Commissioner Victoria Siplin will present the proclamation in-person during a special opening ceremony the first day of the convention. “GeekyCon is a remarkable event putting the spotlight on Orlando and the convention district as well as bolstering the local economy,” said Orange County Mayor Jacobs. “We look forward to hosting them at The Center of Hospitality.”

More than 75 special guests will be there including actors and writers from shows and movies including the Harry Potter films, “Jurassic World,” “Glee,” “Game of Thrones,” “Supernatural,” “Doctor Who,” “Veronica Mars,” “The Hunger Games,” “Fangirls,” “The Lizzie Bennet Diaries,” “Emma Approved,” as well as top young adult authors, YouTube personalities and musicians. Unlike other fandom events, attendees do not have to pay for autographs from celebrities beyond the cost of registration.

“Our priority is to develop and maintain a safe community where people can feel comfortable expressing themselves and be a part of something that will enhance their lives,” said Melissa Anelli, co-executive director of Mischief Management, which operates the event. “Fandom is about like-minded people coming together in an environment that supports individuality, diversity, acceptance and education.”

In addition to giving attendees an opportunity to meet celebrities from their favorite movies and television shows and authors of bestselling books, it will offer four full days of programming, including special events, panel discussions, Q&A sessions, workshops, live performances, music concerts and a marketplace.

There will also be an exclusive separate ticketed pre-convention party at the Wizarding World of Harry Potter in Universal Orlando Resort on July 29 from 7 a.m. to 2 a.m. for guests attending the convention. More information on this event can be found at GeekyCon.com/ParkEvent.

GeekyCon was started in 2009 as LeakyCon, a conference for Harry Potter fans and has since grown to include fans of some of the most popular films and television shows such as “Doctor Who,” “Game of Thrones,” “The Hunger Games,” “Supernatural,” “The Hobbit,” and many others. The event also offers fans a literary track that draws some of the biggest authors in the young adult genre, as well as programming with personalities from YouTube and top Web shows.

More information and tickets are available at GeekyCon.com.

Celebrate the holidays with the Grinch, Macy’s...