Ice Cream Palace closes at Give Kids the World, new location to be named for founder

This week marked the end of an era for Give Kids the World Village, as their 20-year-old Ice Cream Palace served its last scoops on Jan. 29. 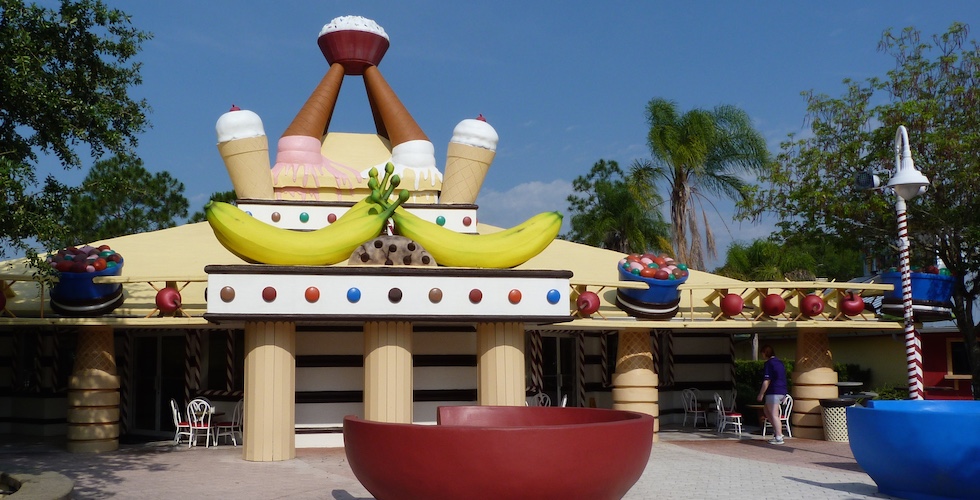 Give Kids the World Village said goodbye to their ice cream parlor this week, in order to make way for a brand-new location.

The ice cream parlor will soon be replaced by Henri’s Starlite Scoops, named for the Village’s founder, Henri Landwirth.

Give Kids the World is well-known for serving “ice cream for breakfast,” with the Ice Cream Palace opening at 7:30 a.m. and closing at 9 p.m. Since it first opened, Give Kids the World has served approximately 5 million scoops of ice cream at this location.

The new ice cream shop will be a retro space-themed tribute to the resort’s founder, who began his hospitality management career operating the Starlite Motel in Cocoa Beach during the 1950s.

“Henri’s Starlite Scoops will offer an experience to visiting wish families we simply couldn’t offer at the Ice Cream Palace,” said Jessica Mueller, spokesperson for Give Kids the World. “It will feature lower countertops, allowing children of all abilities to see and select their own ice cream, and a more open concept, which will allow volunteers to easily interact with our guests.”

Construction has already begun on Henri’s Starlite Scoops, but as the new location is being built, guests can get ice cream for breakfast, lunch, and dinner at a special pop-up location. This temporary parlor can be found inside the resort’s Gingerbread House dining facility.

“Children with critical illness face countless appointments, treatments, and hospital stays. They’re often told ‘no’ due to the limitations of their illness. But, here at the Village, we make sure it’s a week of ‘yes.’ That won’t change while we’re constructing the new parlor,” said Mueller.

To learn more about Give Kids the World Village and all the work they do, visit GKTW.org.

Ride The Wheel at Icon Park, get...