Stars in the Parks: Gloria Estefan transforms into the undead for Halloween Horror Nights 22 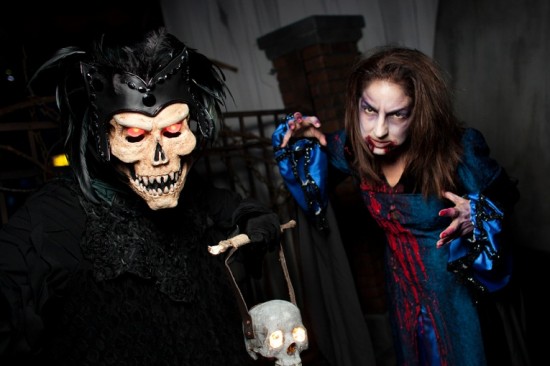 Estefan joined forces with other scareactors to terrify unsuspecting guests walking the streets of Universal Studios. “The rhythm finally got me!” she exclaimed after gazing at her undead self for the first time. After causing her share of blood-curdling screams, Estefan experienced the event at leisure with her husband Emilio, her daughter Emily, and friends.

With more than 100 million albums sold, the Miami-based music star has visited the nation’s best Halloween event every year since it was created. Estefan currently stars in the CW’s hit reality singing competition, “The Next,” where she and other famous mentors are looking for the next big star.

Watch as Estefan scares guests on the streets of Halloween Horror Nights 22: