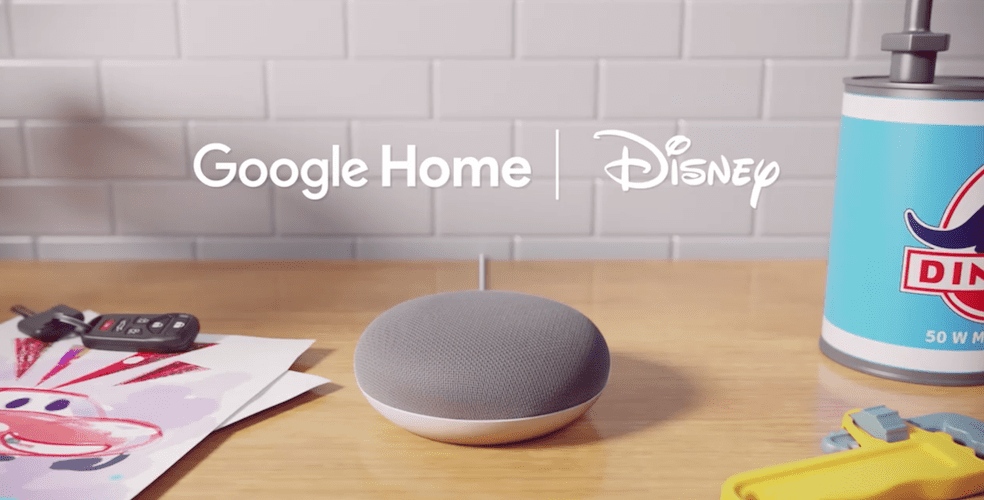 Families can have fun in a whole new way with Pixar and Disney-themed games on Google Home.

Google Home, the speaker and voice assistant, now has the ability to play fun, themed Disney and Pixar games with the whole family.

In Mickey Mouse Adventure, kids can help Mickey get to his sold-out magic show on time. In the game, Mickey accidentally oversleeps and needs to hurry to the theater, and asks the players for help in getting him there. Players use voice commands to choose the best action for Mickey to take, leading to a new storyline with every playthrough.

In Cars Adventure, players can play “drive-and-seek” through Radiator Springs with Lightning and Mater. The story can take you to either Flo’s V8 Cafe or Sarge’s Surplus Hut. Choices in this game are made through voice commands as with Mickey Mouse Adventure, and can lead to possibilities like racing with Cruz Ramirez, driving through Carburetor Canyon, or even tractor tipping!

Players with Google Home simply have to say “Hey Google, play Mickey Mouse Adventure,” or “Play Cars Adventure” to begin their game. As this is an audio-only product, this game is entirely based around hearing the characters and listening as the story unfolds in one’s imagination.

Google Home currently retails for $79 during the holiday season, but regularly sells for $129. Google Home also runs in Mini and Max versions, both currently on sale for $29 and $399, respectively.

For more information on Google Home and its offerings, and to purchase your own, check out its website here. Watch a demonstration video of both Mickey Mouse Adventure and Cars Adventure below: