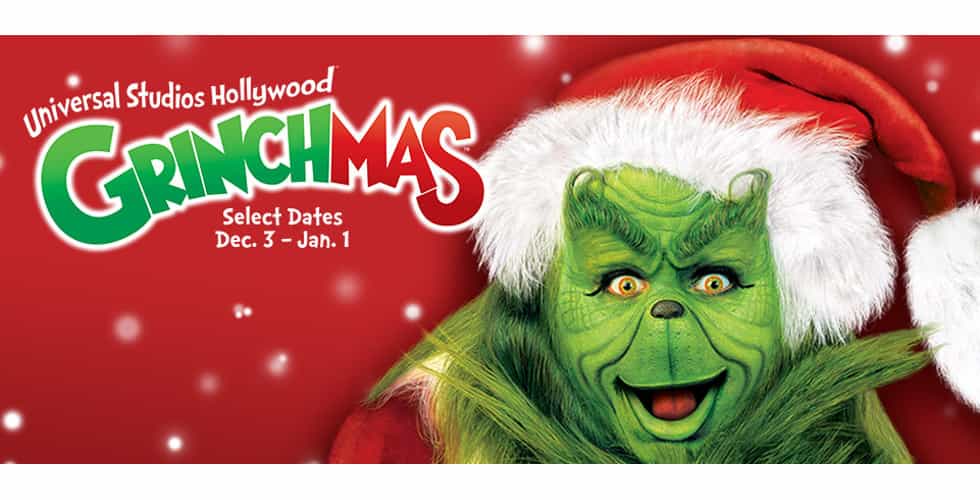 The holiday season at Universal Studios Hollywood starts on December 3, 2016, featuring the return of Grinchmas and the flavor of hot Butterbeer.

Universal Studios Hollywood’s Grinchmas will run weekends on December 3-4 and 10-11, and daily from December 16 through January 1, 2017. In addition to an annual Who-lebration starring The Grinch, his faithful dog Max and a roster of Who-ville Whos, Universal Studios Hollywood’s 2017 holiday celebration also will also include whimsical decor throughout Despicable Me Minion Mayhem and the adjoining Super Silly Fun Land, as a crew of very merry mischievous Minions spread Christmas cheer to visitors of all ages. 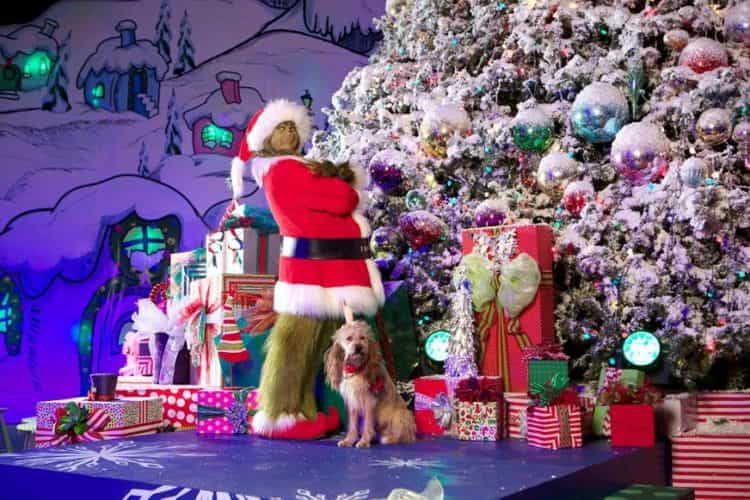 Hot Butterbeer, which originally appeared at Orlando’s Wizarding World, now complements the menu at USH’s Three Broomsticks and Hog’s Head pub now that Universal Studios Hollywood has debuted this variation on the favorite beverage to its offering. Like its traditional and frozen counterparts, hot Butterbeer is reminiscent of butterscotch and shortbread that’s been perfectly fine-tuned as a Hogsmeade holiday treat.

Universal Plaza, the elaborate grand piazza at the heart of the theme park, will once again serve as the backdrop for the Grinchmas event where the towering 60 foot tall whimsical Grinchmas tree will beautifully twist and spiral as the ideal photo opp for guests. 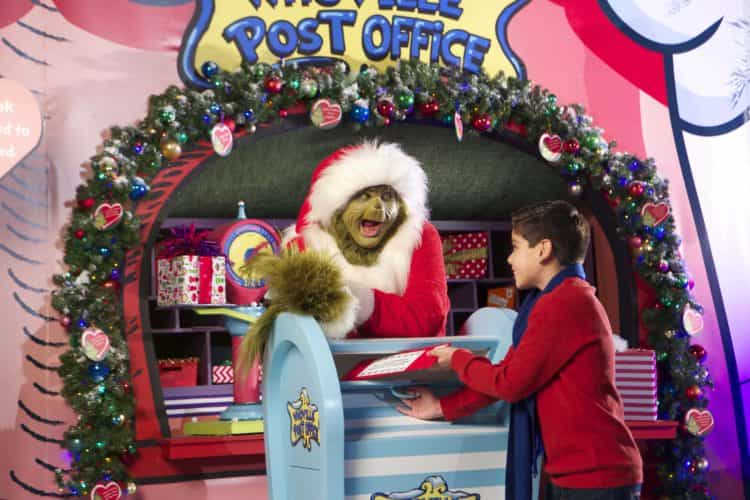 As part of the fab-Who-lous event, Martha May Who-vier and the Who Dolls will take center stage by the Grinchmas tree, performing energetic musical sets to usher in the Christmas season in style. The Who-liday Singers – a hip boy-band ensemble – will perform nightly a cappella concerts featuring a mix of Christmas favorites and pop rock. The Grinchmas event will also provide a variety of activities, including:

· Who-ville Post Office: Visitors will have a chance to partake in the “Grow Your Heart 3 Sizes” campaign when they share their good deeds on a postcard and mail them to The Grinch. In return, Dr. Seuss Enterprises, L.P. and Random House Children’s Books, the publishers of Dr. Seuss’s How the Grinch Stole Christmas!, will pay it forward by donating a book to a child in need through First Book on behalf of the sender.

· Trim up the Tree Lot: Guests can design and personalize their own Grinchmas ornaments to help decorate the venue’s other Grinchmas trees or take them home as a memorable keepsake.

· Story Time with Cindy-Lou Who: Cindy-Lou Who and her Who friends will gather guests of all ages – tall and small – for an engaging storytelling show of Dr. Seuss’s How the Grinch Stole Christmas.

The spirit of “Grinchmas” also will come to life aboard the world-famous behind-the-scenes Studio Tour with engaging performances by Who-ville Whos re-enacting popular scenes and songs from the family favorite at the original film sets from the blockbuster film, Dr. Seuss’ How the Grinch Stole Christmas. 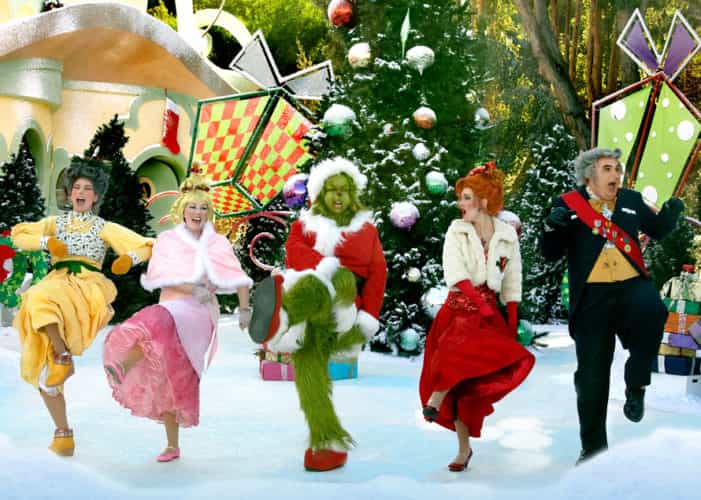 The spirit of the season continues with a wintertime transformation of Universal CityWalk, beginning the day after Thanksgiving on Friday, November 25 through Sunday, January 1, 2017.
A spectacular 40-foot tall Christmas tree will glisten with 200,000 LED icicles choreographed to the lights and sounds of the season in the 5 Towers plaza. Santa Claus will make nightly appearances and offer special photo opportunities at 5 Towers.

The iconic, dancing water fountain situated at the heart of CityWalk also will make a splash this holiday season. This modern and impressive fountain displaying over 230 individual power jets will project streams of choreographed water into the air complemented by red and green LED lights and an array of holiday-themed music. CityWalk will also host free concert performances at 5 Towers and an eclectic ensemble of talented street performers.

Out of the Loop: Skateboarding legend flips...