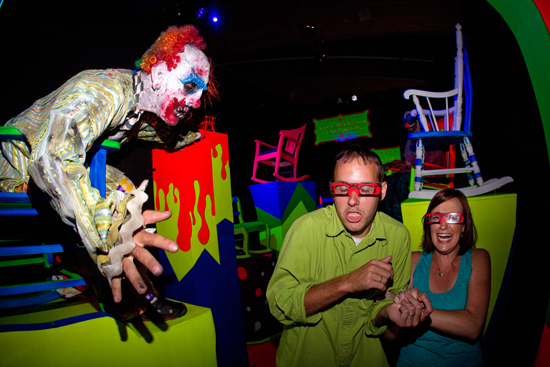 I was able to walk through a portion of Blood Asylum and be interviewed by creative director, Scott Swenson. The story of the house starts off in the queue where lightning strikes above and fans create the feeling of rain falling. The lights are flickering and the queue video shows the history of the Oglethorpe Asylum where Stu Loomis, aka “The Creature” is held. The house starts out as the power fails in the Asylum due to the storm and “The Creature” escapes from his high-security cell and goes on a killing rampage throughout the asylum skinning the other inmates faces.

Watch as I try to escape the terror of “The Creature” on Scream Cam below:

Here are some pictures and a video provided by Busch Gardens showing some scared guests visiting some of the new haunted houses at Howl-O-Scream. 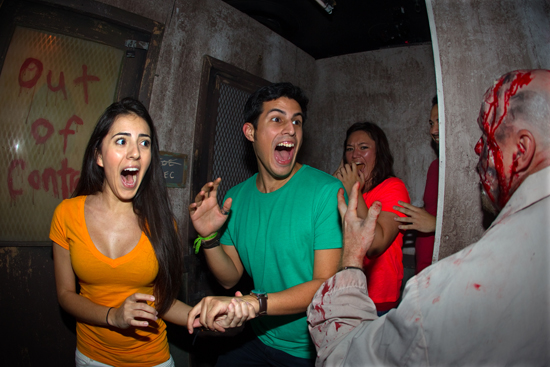 As lightning rages and thunder crashes outside, “The Creature” escapes from his holding cell in a high-security asylum for the criminally insane. Now this sadistic deviant is running rampant, skinning his former cellmates and turning the mental hospital into his own torture chamber. This serial killer’s bloody playground will drive you out of your mind with fear. 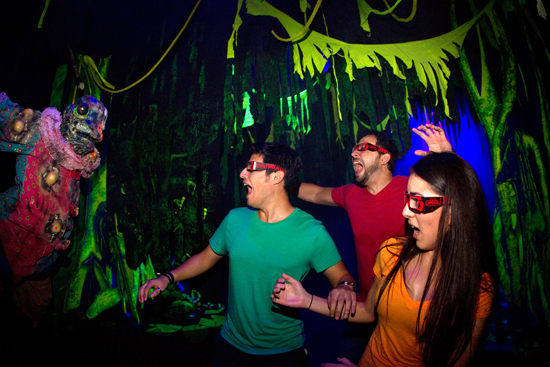 You’ve tried to avoid black cats and sidewalk cracks, but Trickster will make sure that all those years of bad luck catch up with you! Under his command, crazed circus clowns challenge you to survive 13 superstitions in their 3-D Tent of Terror, but it will take more than luck to escape this whole new dimension of fear.

Howl-O-Scream also offers two new scarezones, hordes of creatures throughout the park and three shows. The event kicks off on Friday, Sept. 21, 2012 and runs select nights through Oct. 27, 2012. Watch next week’s episode of Orlando Attractions Magazine – The Show to watch host, Banks Lee go through Blood Asylum on the Scream Cam as well.

A delicious look at the Florida Restaurant and Lodging trade show

Howl-O-Scream at SeaWorld San Antonio is bigger and...

The Grinchmas heart is growing at Universal...