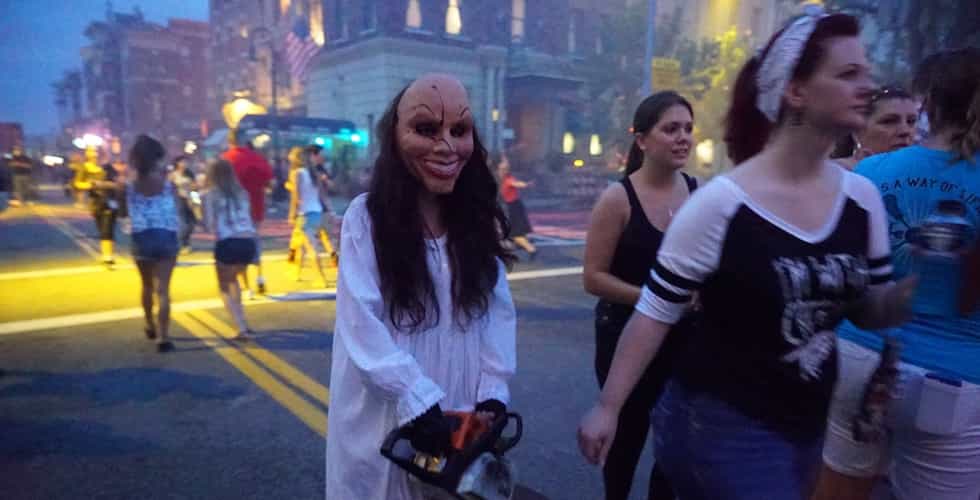 This year, horror will fill the streets with “The Festival of the Deadliest.” This ancient tradition brings hellish imagery to life that will be impossible to ignore or run from. A collection of monsters and maniacs will join together by firelight to bring true frights to guests.

Inspired by the Legendary Pictures horror film, “Trick ‘r Treat” will surround guests with jack-o’-lanterns and classic trick-or-treaters going door-to-door. They will have to stay on their toes to avoid the infamous Sam, who will creep through the shadows to enforce the rules of Halloween and punish those who disobey them.

The great American tradition of “The Purge” returns to Halloween Horror Nights this year with fan-favorite characters from the films, as well as the classic victim auction for those who wish to exercise their right to purge.

In the “Invasion!” scare zone, guests will become the human experiments of alien scientists bent on the destruction of planet Earth.

The “Altars of Horror” scare zone will bring guests face-to-face with some of the most terrifying characters in this year’s lineup of mazes based upon hit horror films and TV shows.

More details on the annual Halloween event will be announced soon. For more information on Halloween Horror Nights 2017, and to purchase tickets, visit halloweenhorrornights.com/orlando.

Check out our videos on last year’s performance of “Academy of Villains” and “The Purge: Election Year” scare zone below:

Join us for ‘Early Night Live’ at Universal Orlando