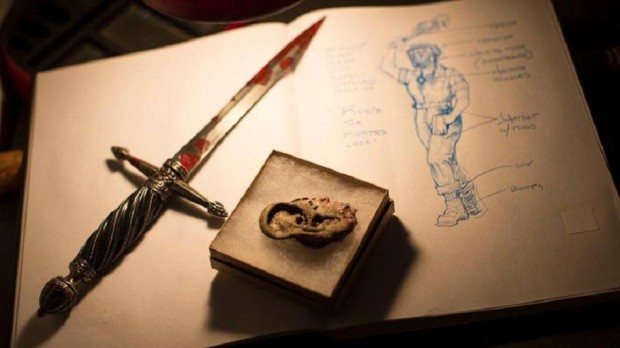 Three original haunted houses will terrify guests as they “die laughing” in Giggles & Gore Inc., experience the terror of a community in cannibalistic turmoil in Roanoke – Cannibal Colony and face the horrors within the decaying walls of the Dollhouse of the Damned. Even more horrors fill the streets of Universal as guests are hypnotized by deceptive patrons of a seemingly glamorous ball in MASKerade: Unstitched and surrounded by voodoo practitioners that fill the snake and spider-infested Bayou of Blood. More details on these experiences, as well as a look into how they were created, are available on the Official Universal Orlando Blog.

Also featured at Halloween Horror Nights 24 are experiences including “The Walking Dead: The End of the Line,” based on AMC’s hit TV series, “From Dusk Till Dawn,” inspired by inspired by Robert Rodriguez’s cult film and El Rey network’s TV Series, “AVP: Alien vs. Predator,” based on the Twentieth Century Fox film franchise, “Dracula Untold: Reign of Blood,” based on Universal Pictures’ upcoming action-adventure film, “Face Off: In the Flesh,” based on Syfy’s TV series and “Purge: Anarchy,” a new scare zone inspired by Universal Pictures’ thriller.

Additional announcements for even more experiences are coming soon.