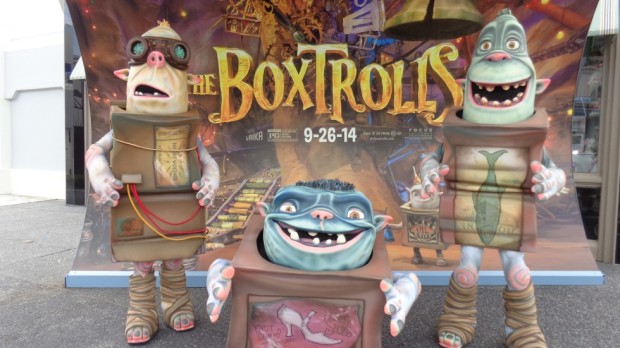 A new character meet and greet has debuted at Universal Orlando, featuring the title characters from the upcoming film “The Boxtrolls”.

Guests at Universal Studios Florida have the chance to meet The Boxtrolls outside the Pantages Theater in the Hollywood section of the park daily starting at 12:30 p.m. In addition to the characters, guests can receive a Boxtrolls Fun Activity Guide, featuring bios of the characters from the film and activities for children.

In the film, from the creators of “Coraline” and “ParaNorman”, an orphaned boy raised by underground creatures called Boxtrolls comes up from the sewers and out of his box to save his family and the town from the evil exterminator, Arichibald Snatcher. Based on the children’s novel ‘Here Be Monsters’ by Alan Snow.

The Boxtrolls comes to theaters everywhere on Sept. 26, 2014. Visit TheBoxtrolls.com for more information about the film.