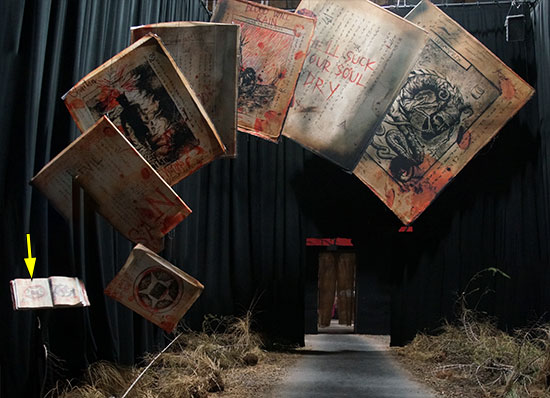 Join us on a lights-on tour of the Evil Dead house at Halloween Horror Nights 23. The tour explains elements of the attraction you might overlook. This house is the story of the 2013 Evil Dead movie. Seen here is the opening scene, as if book pages are zooming. 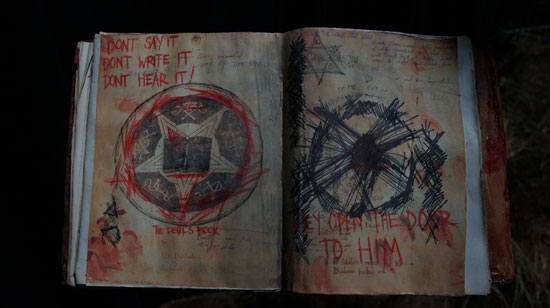 This article follows the normal house route from beginning to end. If you prefer to be surprised when you tour this house, read this article later! We also want to warn you that some of the images may be graphic. 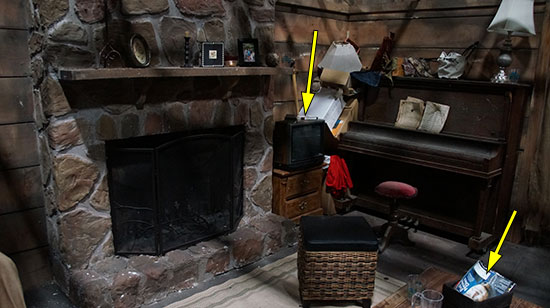 The story begins at a fireplace. Take note of the television and the magazine. 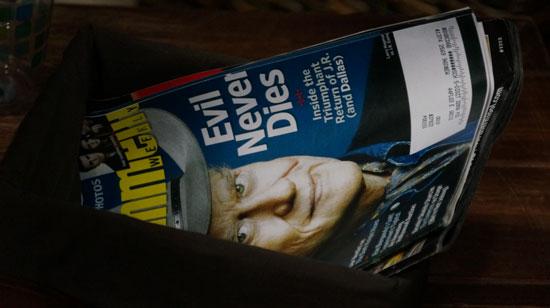 Close-up of the magazine. Note the title. 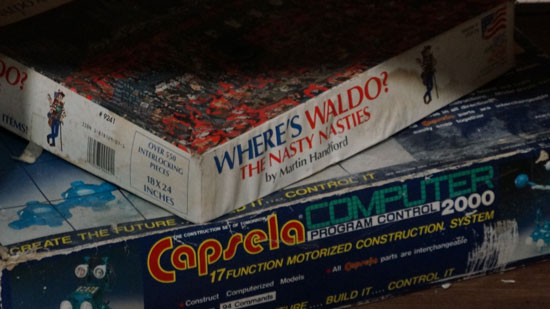 Seen under the coffee table. 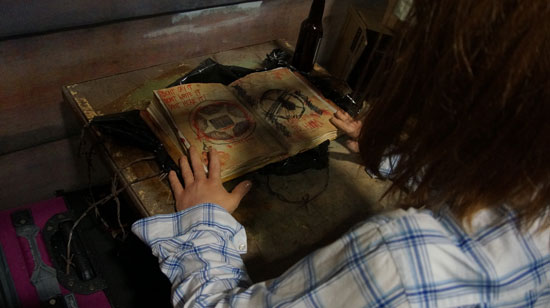 Nearby someone has found the book, and begins to read. 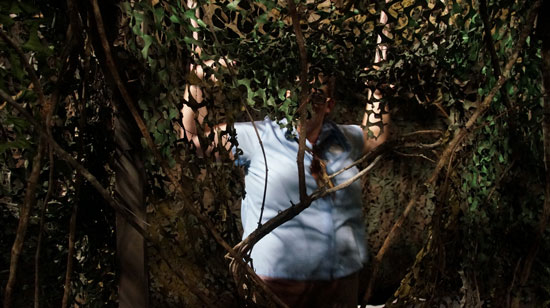 In the movie, Mia is attacked by a tree. One of the tour guides demonstrated how the movie scene is represented. During house operation, a scareactor screams and tries to escape the tree branches. 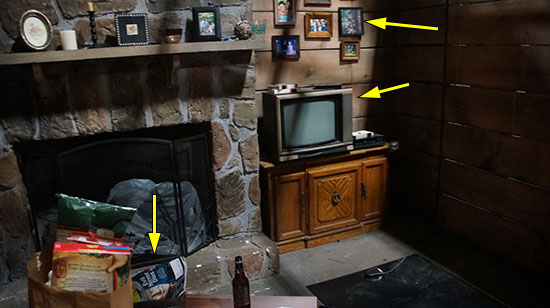 Like in a movie, the house theatrically returns to the room seen earlier. Except note that the set is different. The TV is different but the magazine is still on the coffee table. 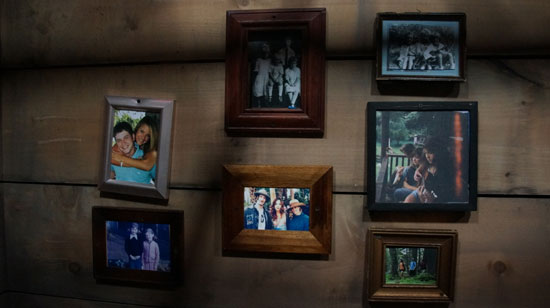 Photos from the wall. They are seen a few times in the house. 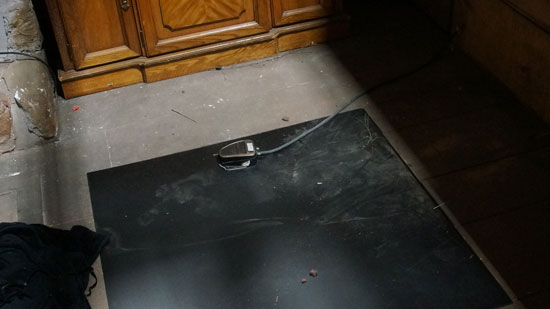 Scareactors sometimes have a foot pedal to trigger an effect. 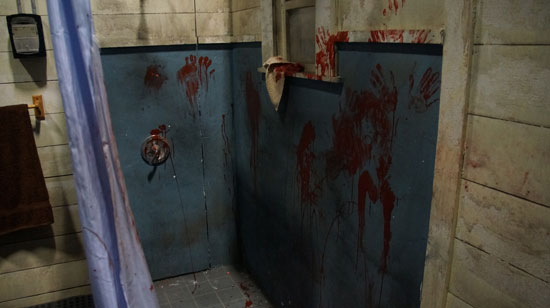 The shower scene set in full lighting. This scene is part of the movie characters’ steady transformation into a Deadites. 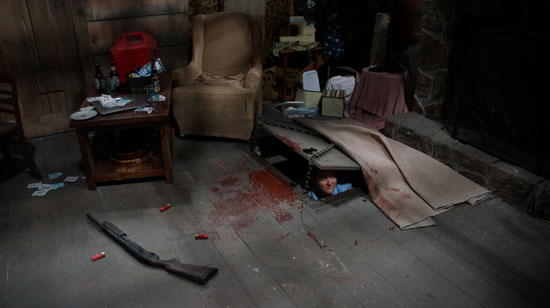 We theatrically cut to the first room again. Except this time the Mia character is imprisoned under the floor, as demonstrated by a tour guide. What happens here is a first for Horror Nights. The scareactor under the floor has a live microphone. She interacts with guests in a creepy voice. 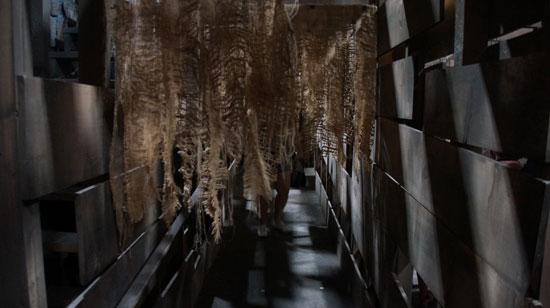 Houses often have creepy stuff to brush away as you pass through. It’s called stuff-in-face. In the darkness, you’re not sure what it is. 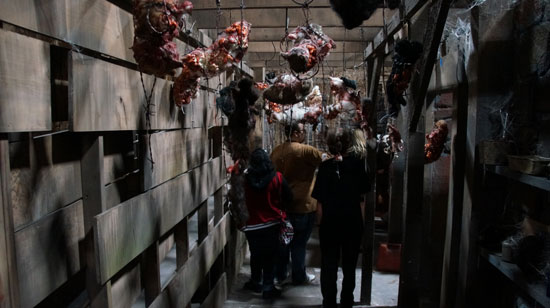 Steady progression of disturbing sets, based on scenes in the movie. 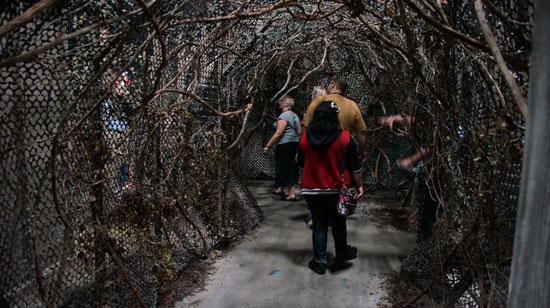 A tour guide demonstrates how scareactors claw at passing guests. 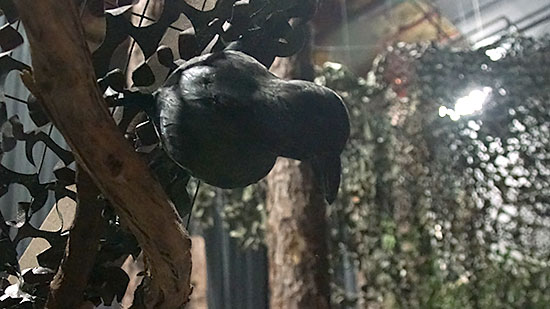 Look up to the left as this wooded gauntlet ends and you will see a raven. This year, ravens are a collection of Easter Eggs to find. Each house has one. 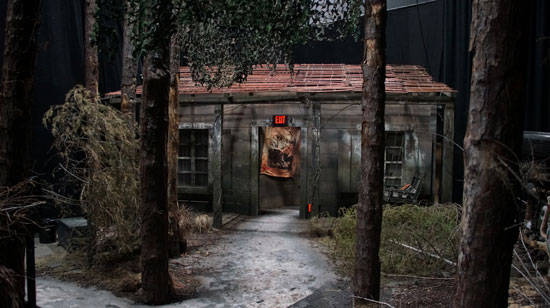 The scene opens up to a cabin in the woods. Something similar to the different “Cabin In The Woods” house at Horror Nights, which has a cross-reference to Deadite characters. It seems things kind of wrap around. During normal operation this scene has great flame effects in the windows. 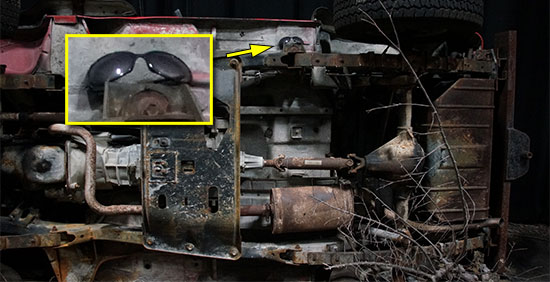 The tour guides pointed to the sunglasses resting on this overturned car. They are glued there, part of the intended set design. No one is quite sure why the sunglasses are there. 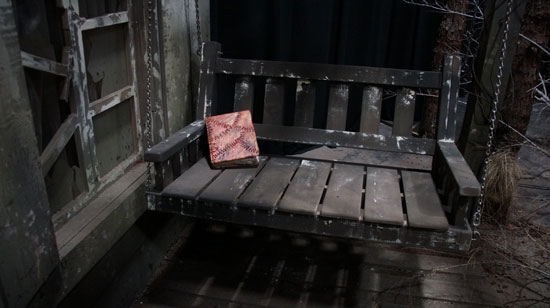 The book is closed, and as you pass through the cabin, the story ends.