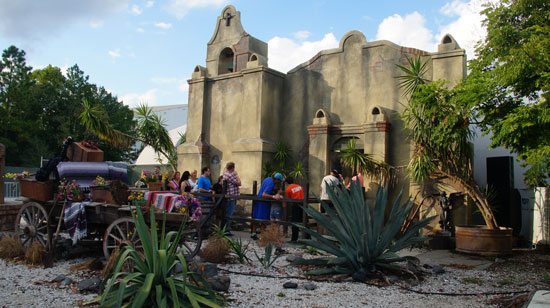 Join us on a lights on tour of the Urban Legends: La Llorona house at Halloween Horror Nights 23. The tour points out things in this smaller La LLorona house that you might not see. 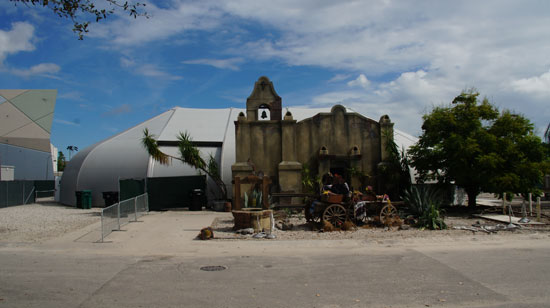 One of the rules of the lights on tours is that photos are not permitted backstage, except when there’s a facade to one of the Horror Nights houses. This house is in one of two “Sprung Houses”, or houses in tents.

This article follows the normal house route from beginning to end. If you prefer to be surprised when you tour this house, read this article later! We also want to warn you that some of the images may be graphic. 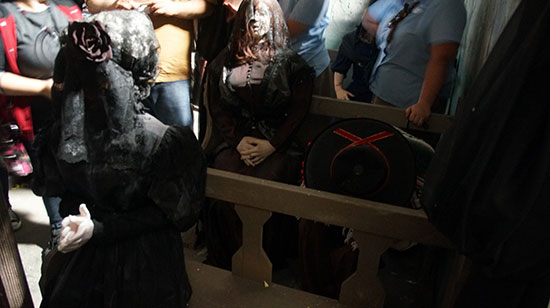 The story of the this house is basically a tale to scare children, and if they don’t behave then La Llorona might get them. This house has been at the Hollywood version of Horror Nights a few years, and is a fan favorite each year. The story begins with mourning the loss of drowned children. 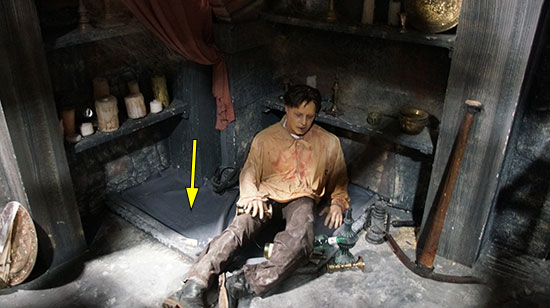 Water is prevalent in this house. In this scene, water collects and recycles in this catch basin. The basin is unseen in the darker show lighting. 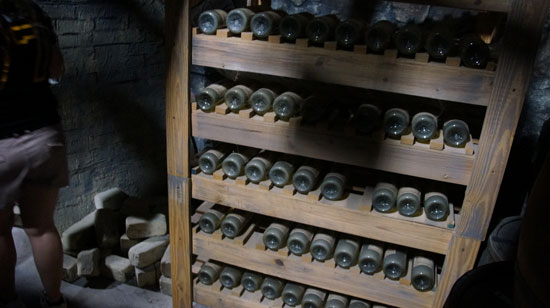 These wine racks are reused racks from a previous Horror Nights. They were ice core sample racks in a The Thing house. 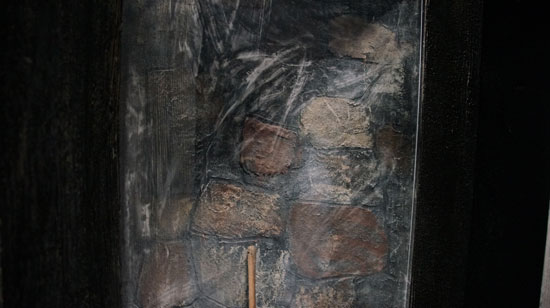 See the smudges? They are on a sheet of plexiglass used for a “Pepper’s Ghost” trick. The plexiglass is cleaned each night. Pepper’s Ghost is where a reflection of a scareactor looks like a ghost. Here, a ghost is in a doorway. 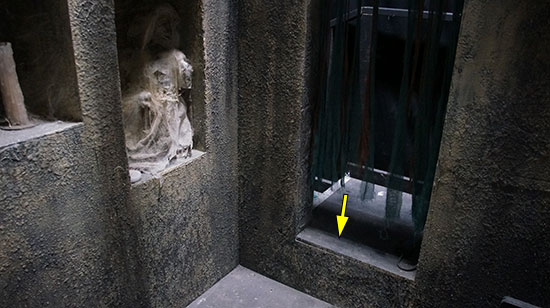 Some of the areas where scareactors surprise guests are raised steps. 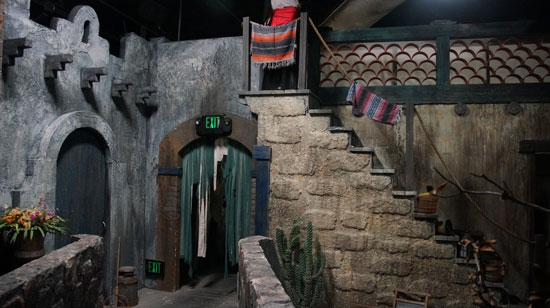 This room has several elements to look for. 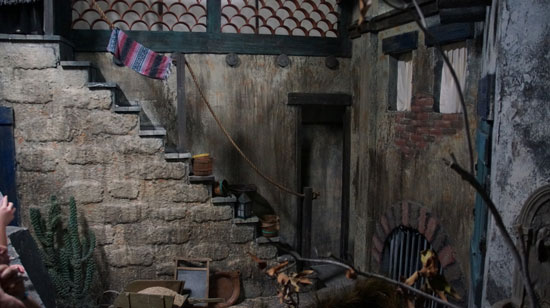 Look to the right … 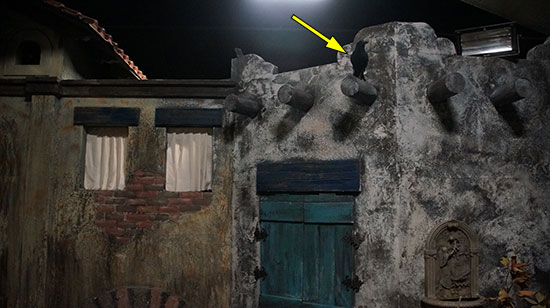 … perched above you will see a raven. This year each of the Horror Nights houses has a raven, hidden as an Easter Egg for guests to find. 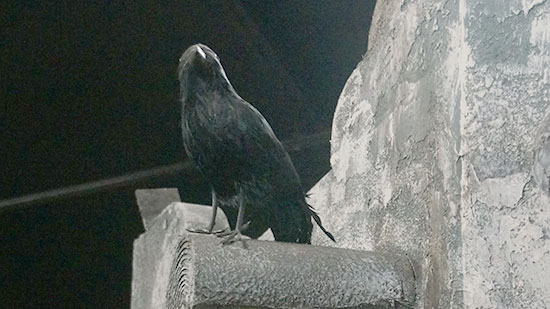 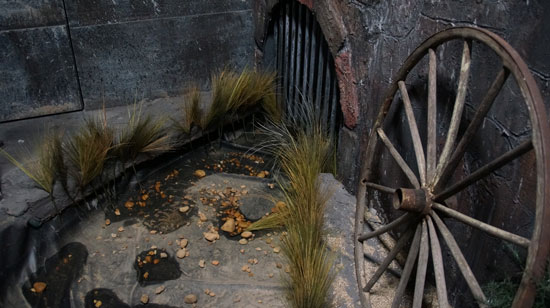 This room also has a bridge over water. The water is present only during Horror Nights hours to prevent problems that would occur with stagnant water. 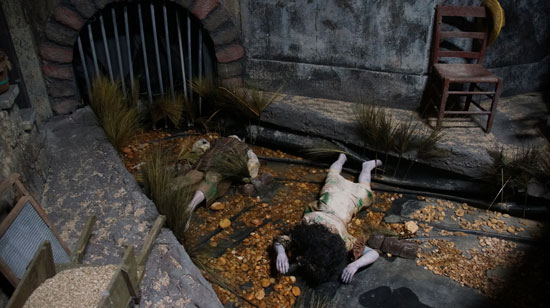 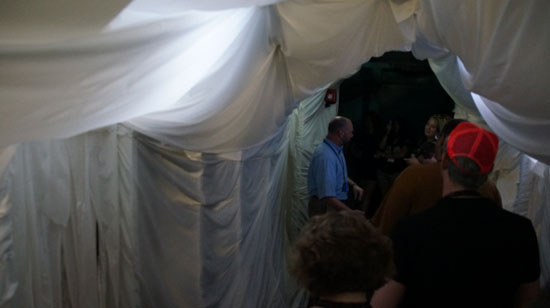 With show lighting, this corridor is a transition into La Llorona’s underwater realm. 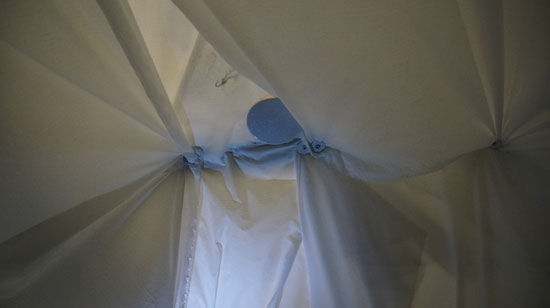 It’s also one of the few areas of a Horror Nights house that has a ceiling. Fire code requires fire sprinklers, and here’s one. 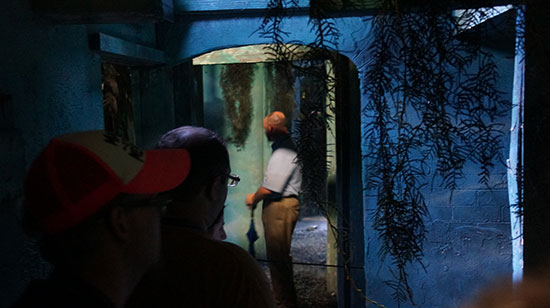 One of the neat effects in this house is at this point. It’s hard to photograph, you’ll have to see it yourself. One scareactor is able to perform in one spot in a series of mirrors, scaring guests from many angles. The effect works really well! This is a small house, but well-worth seeing!