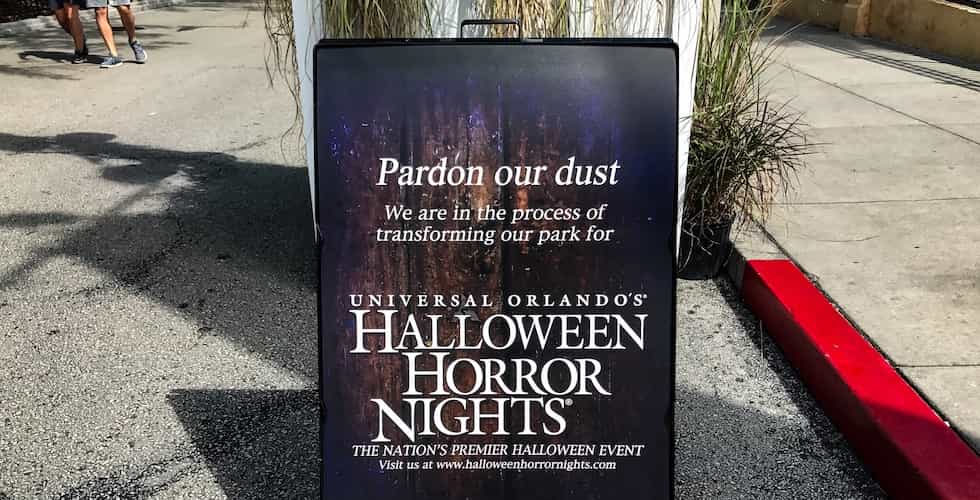 Construction for this year’s scare zones is under way for Halloween Horror Nights at Universal Studios Florida.

With Halloween Horror Nights at Universal Studios Florida almost upon us, scare zone construction has ramped up, and several zones are now starting to take form.

So far, the zones that can be viewed in the park are Trick ‘r Treat in Hollywood, The Purge in New York, and Invasion! in San Francisco. The stage for Academy of Villains: Afterlife and one set decoration for what could possibly be Altars of Horror can also be seen.

Check out photo updates of the scare zones below:

Starting at the front of Universal Studios Florida, black streamers can be seen hanging between Despicable Me: Minion Mayhem and Shrek 4D. This is anticipated to be the “Altars of Horror” scare zone, featuring some of the characters from each house. This scare zone will give guests the chance to get up close and personal with these masters of fear. 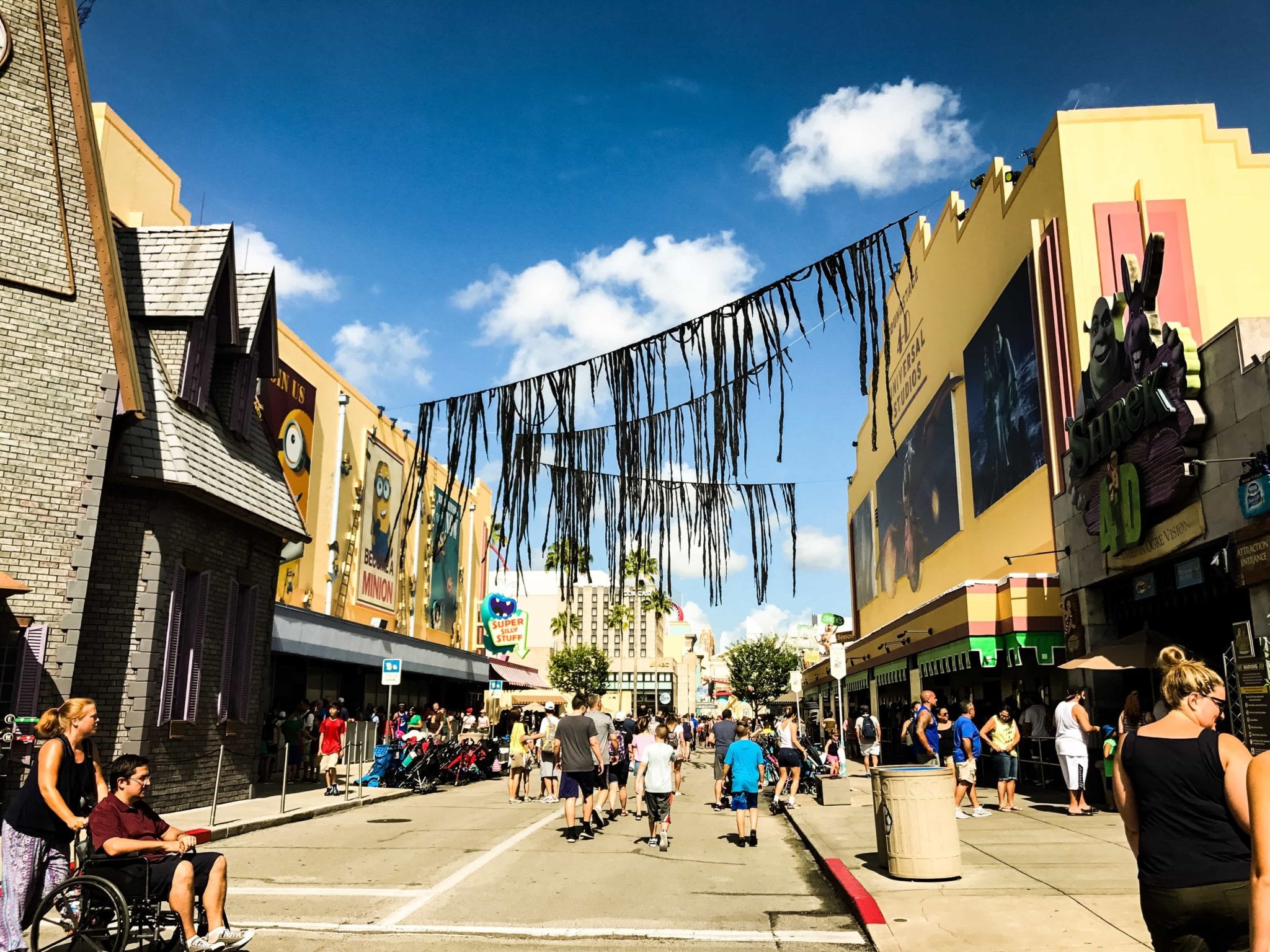 Decorations set up for what could be the “Altars of Horror” scare zone.

The fan-favorite stage show from last year’s Halloween Horror Nights is back with an all-new show, “Academy of Villains: Afterlife.” The stage is slowly starting to take form, with black set pieces and backdrops recently added to the structure. 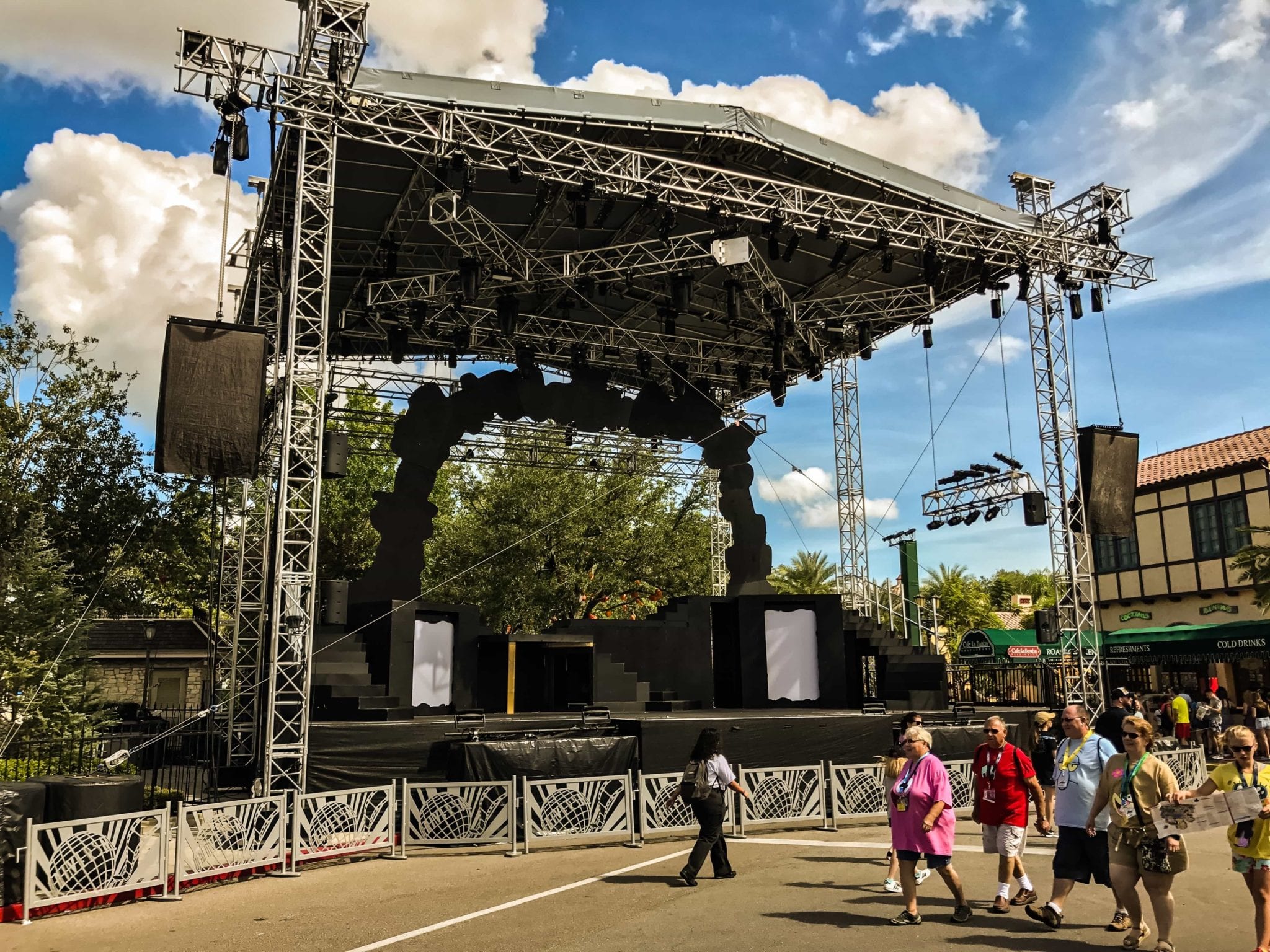 The stage setup for “Academy of Villains: Afterlife” on the corner of the Production Central and Hollywood areas.

This was the first scare zone to receive theming, and has slowly been getting more and more props added over time. 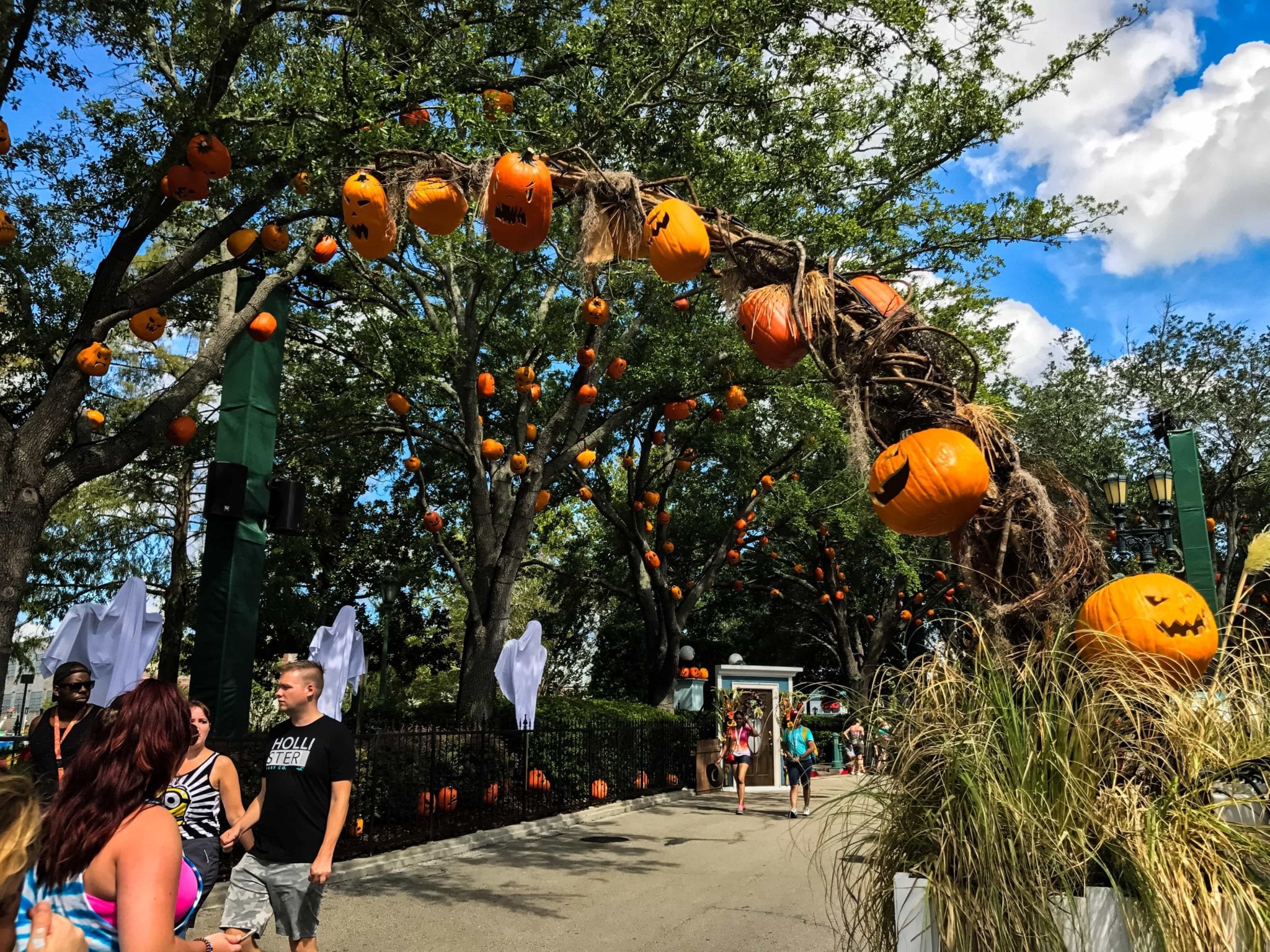 Jack-o’-lanterns line the trees and the streets, along with bedsheet ghosts and other kitch decorations for Halloween. Even the door facades make you feel like you’re going door-to-door in your childhood neighborhood in search of candy. 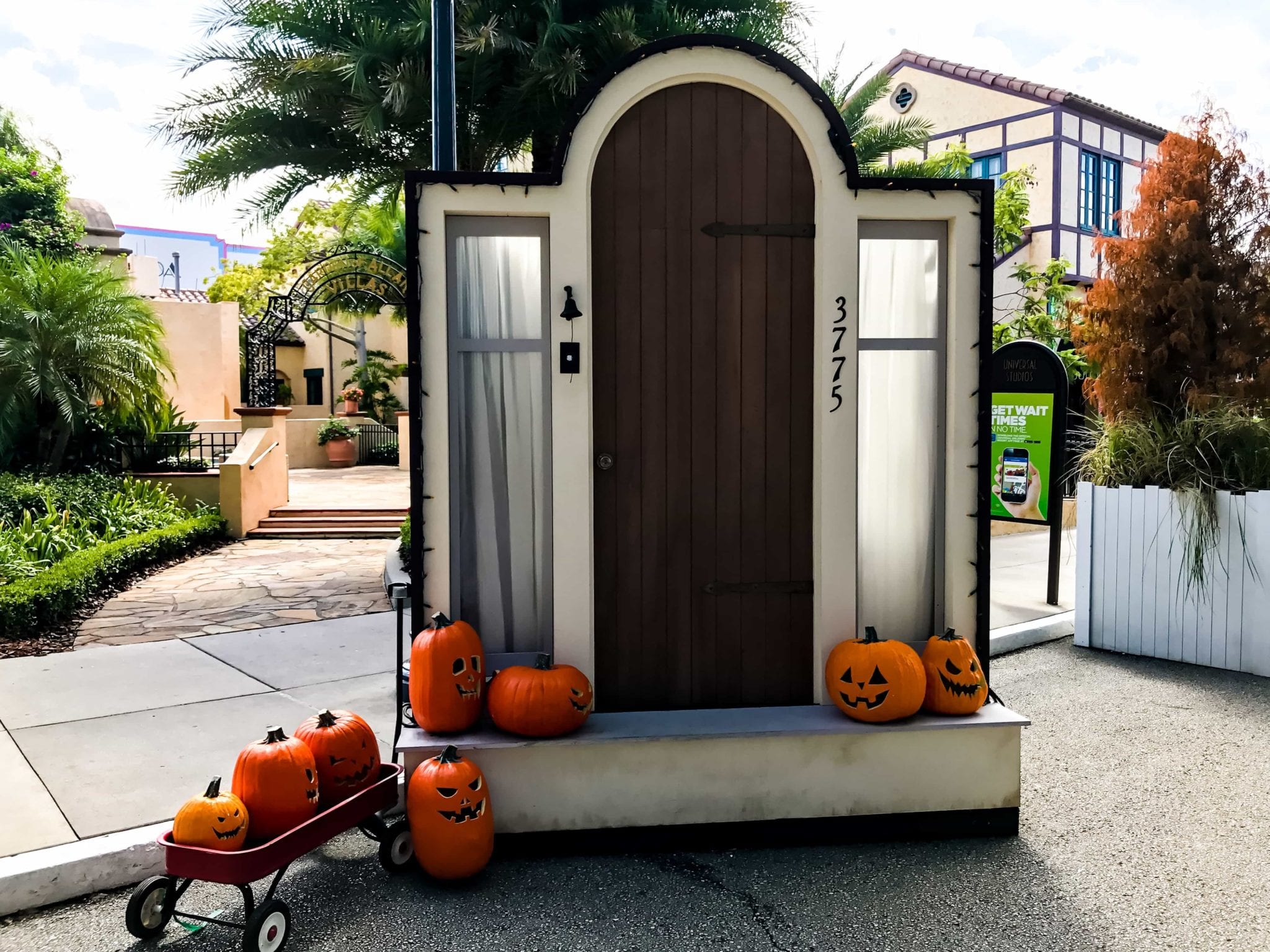 One of the front door facades for “Trick ‘r Treat.” 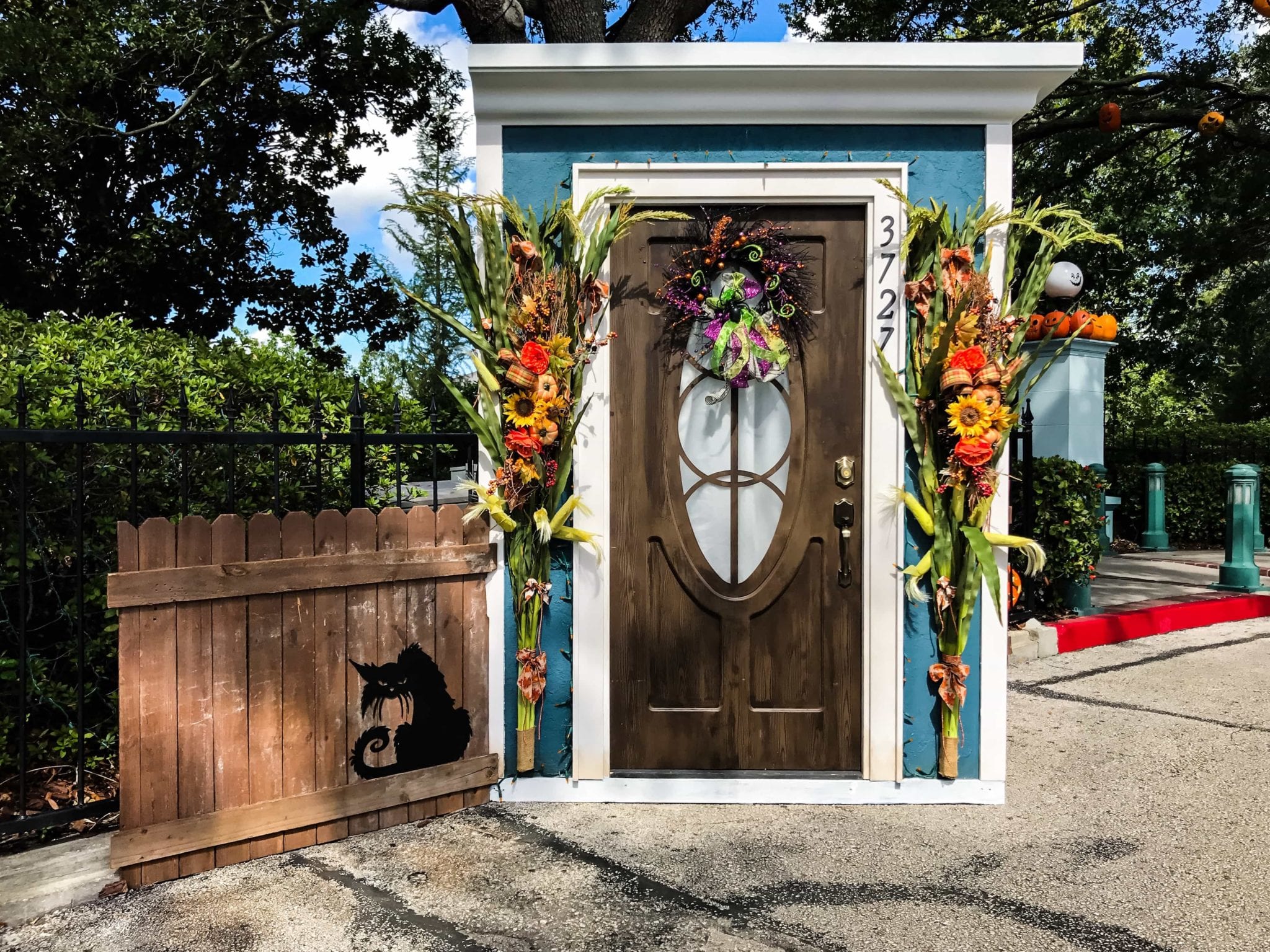 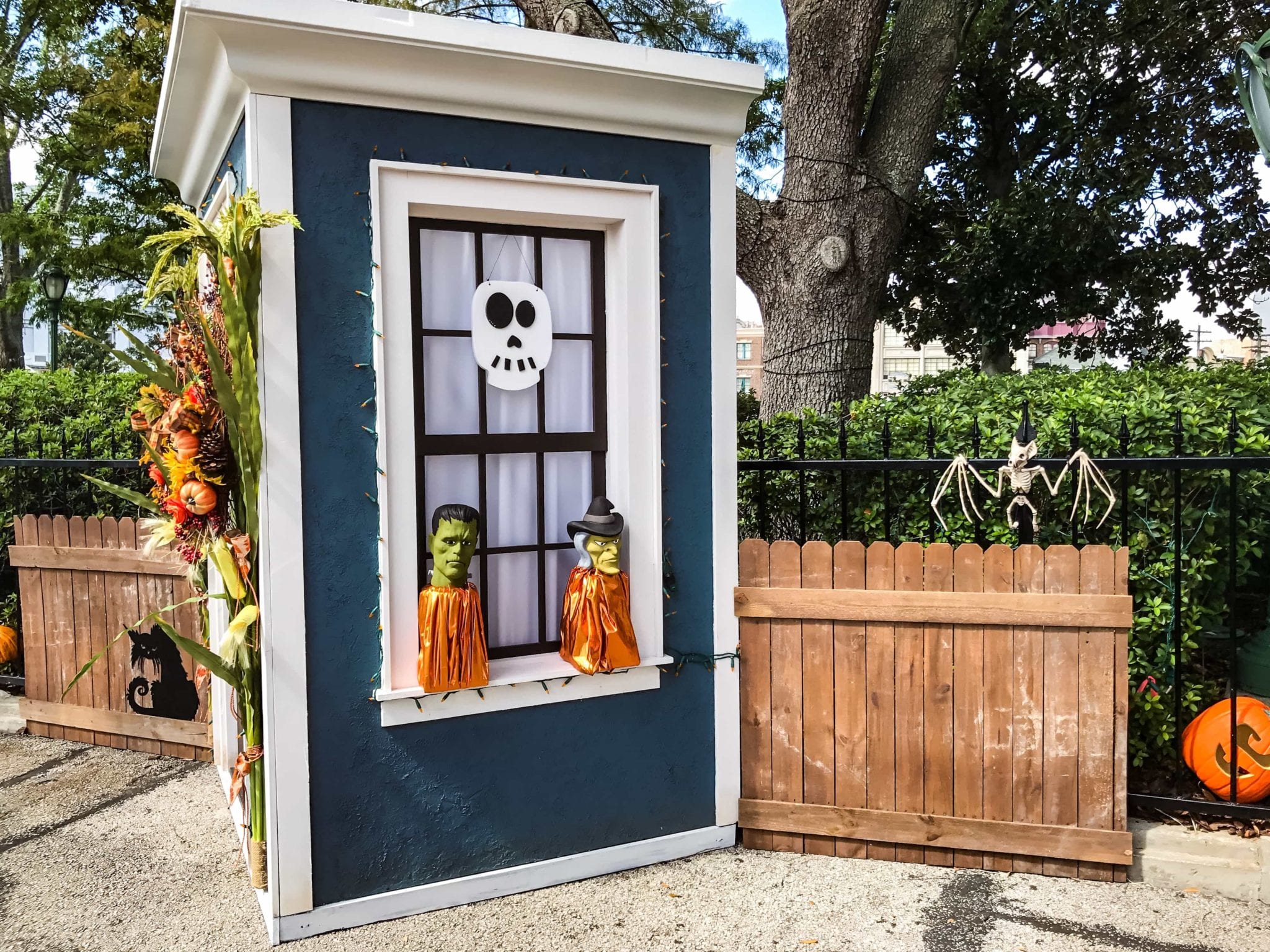 The front door facades are multi-sided, giving guests a full look at the porches ready for trick-or-treating.

This scare zone, based upon the movie of the same name, features Sam – a mysterious young trick-or-treater who enforces the rules of Halloween. Guests will have to be wary of their actions, or else they will incur the wrath of the nightmarish young boy. 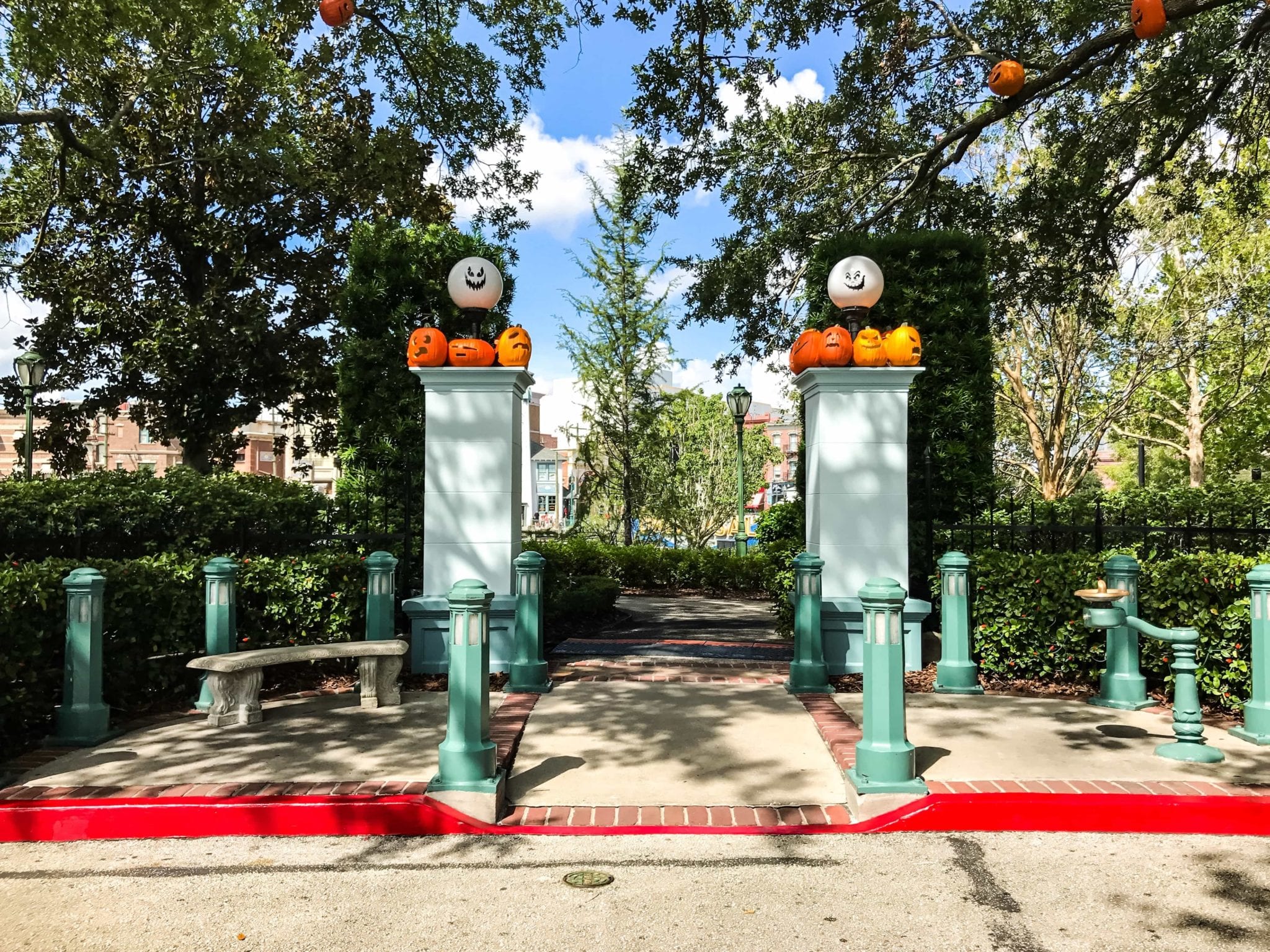 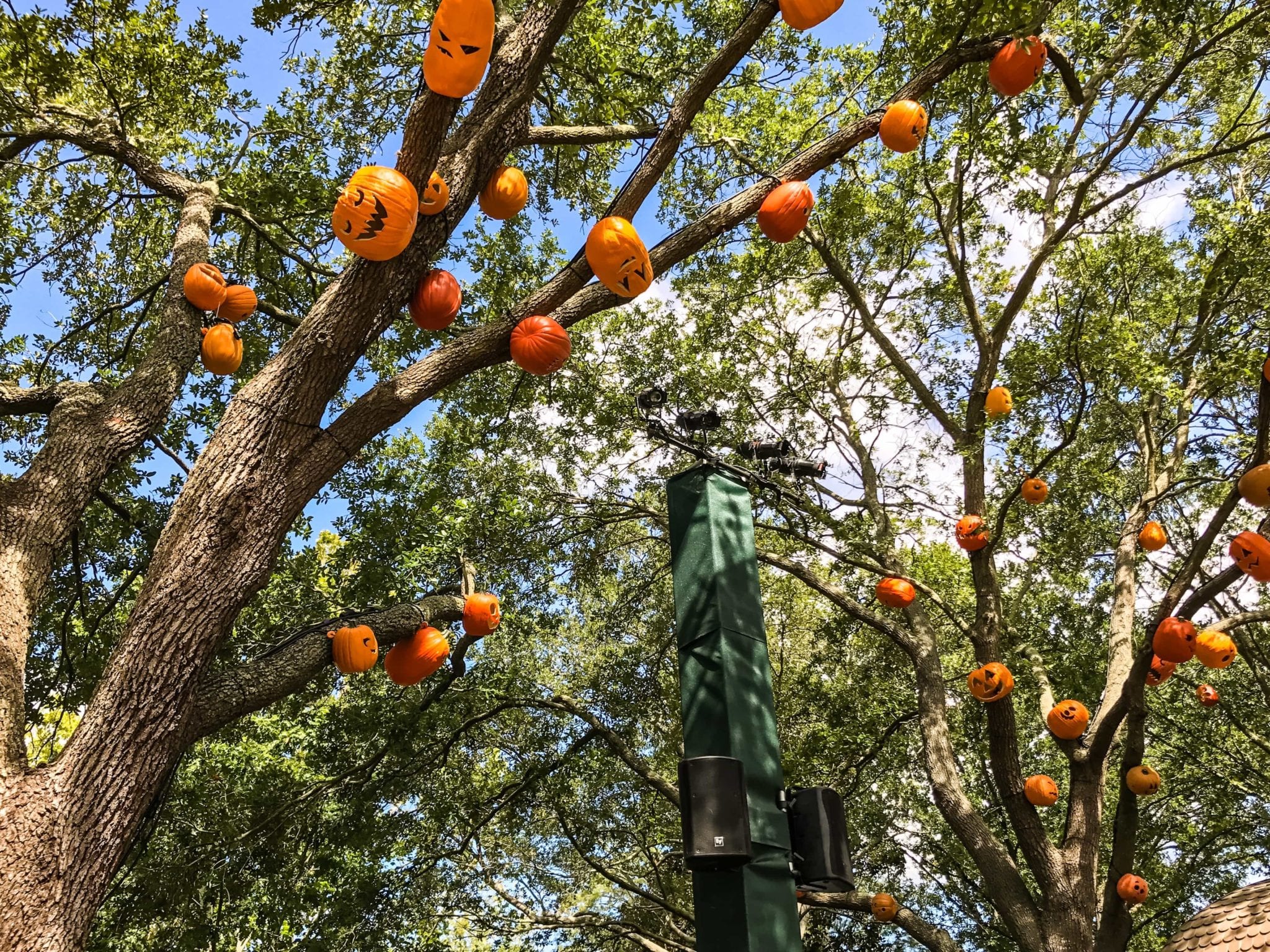 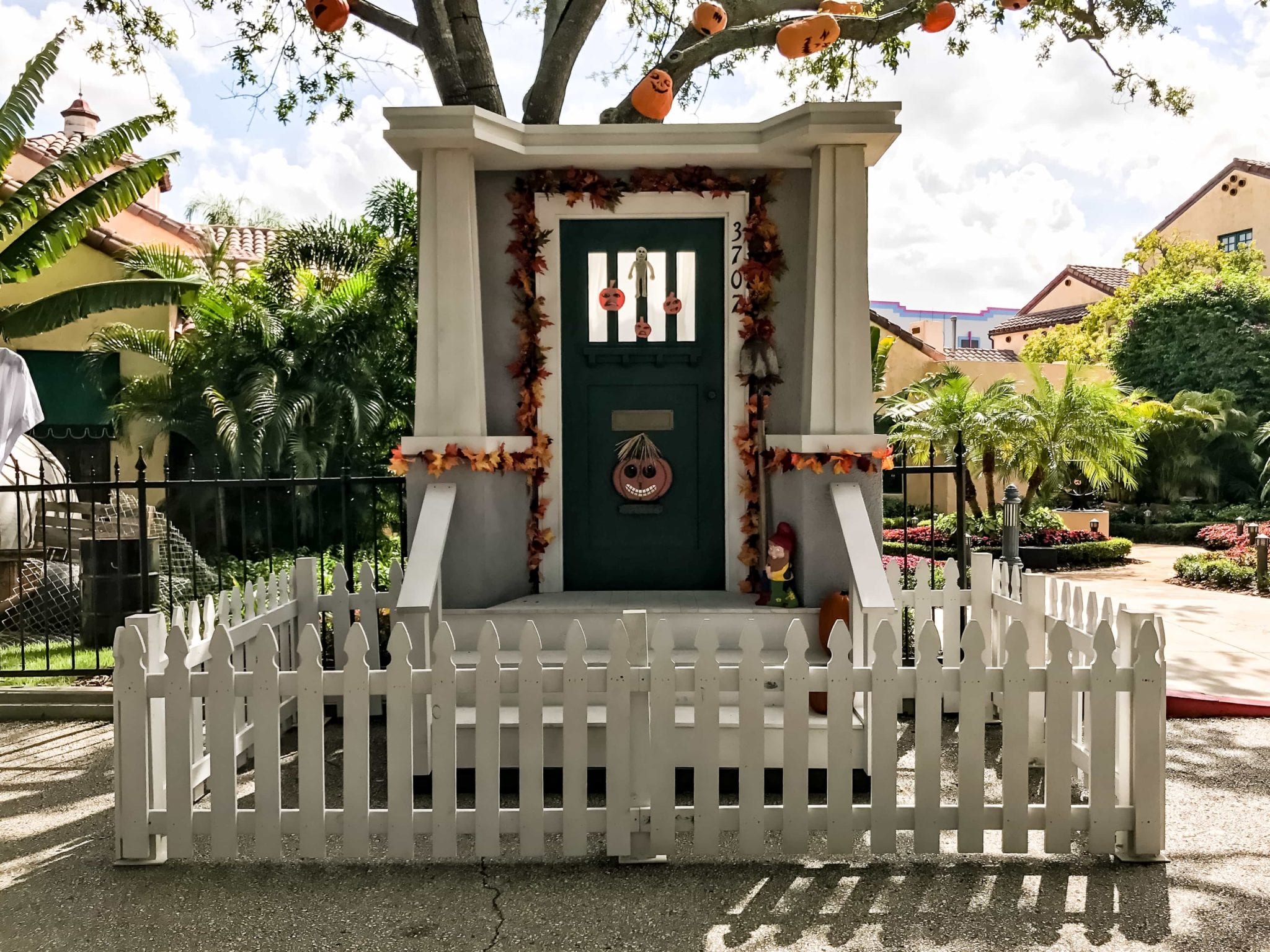 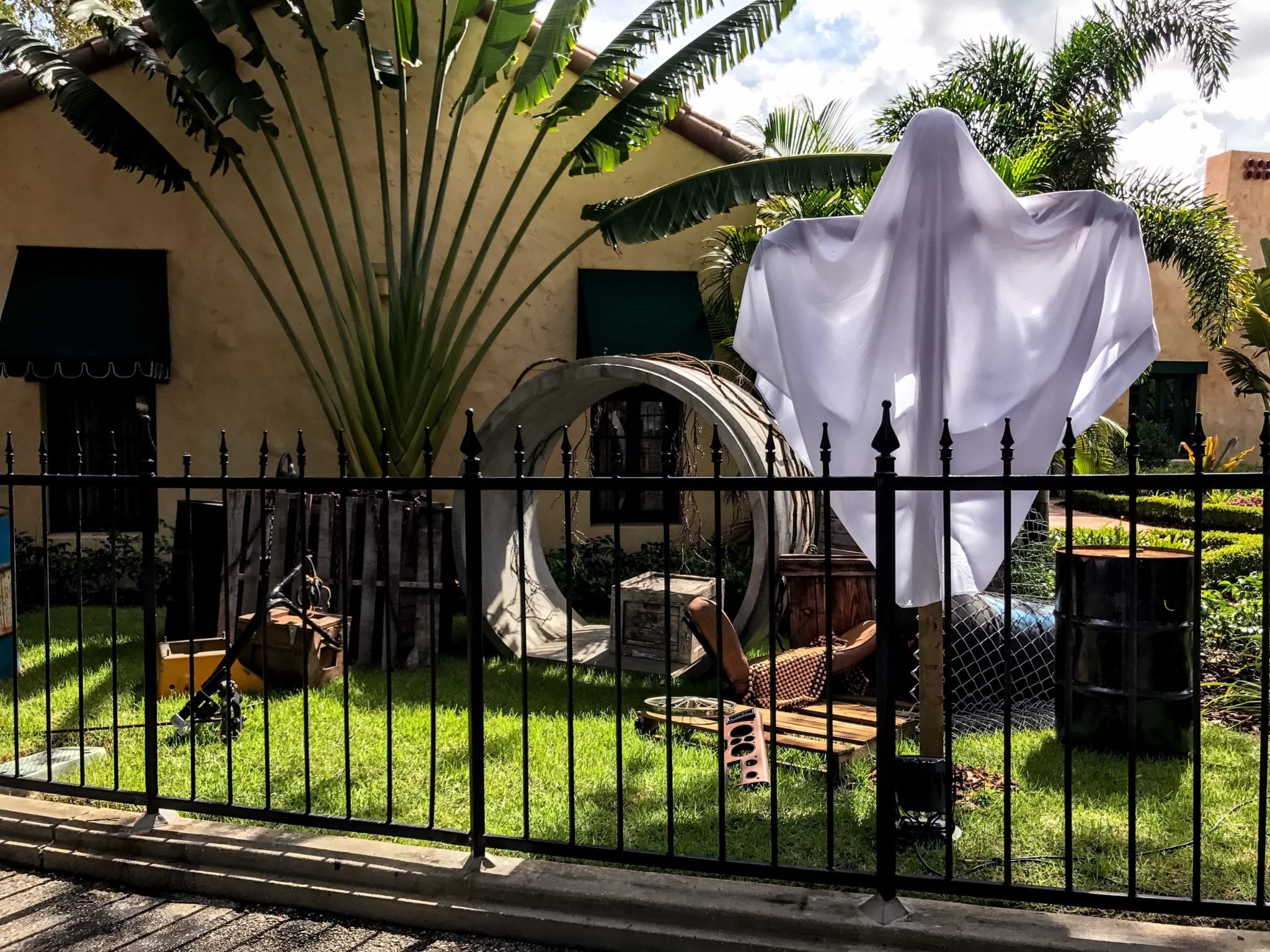 Some of the decorations in this scare zone look more sinister and mysterious than innocent. 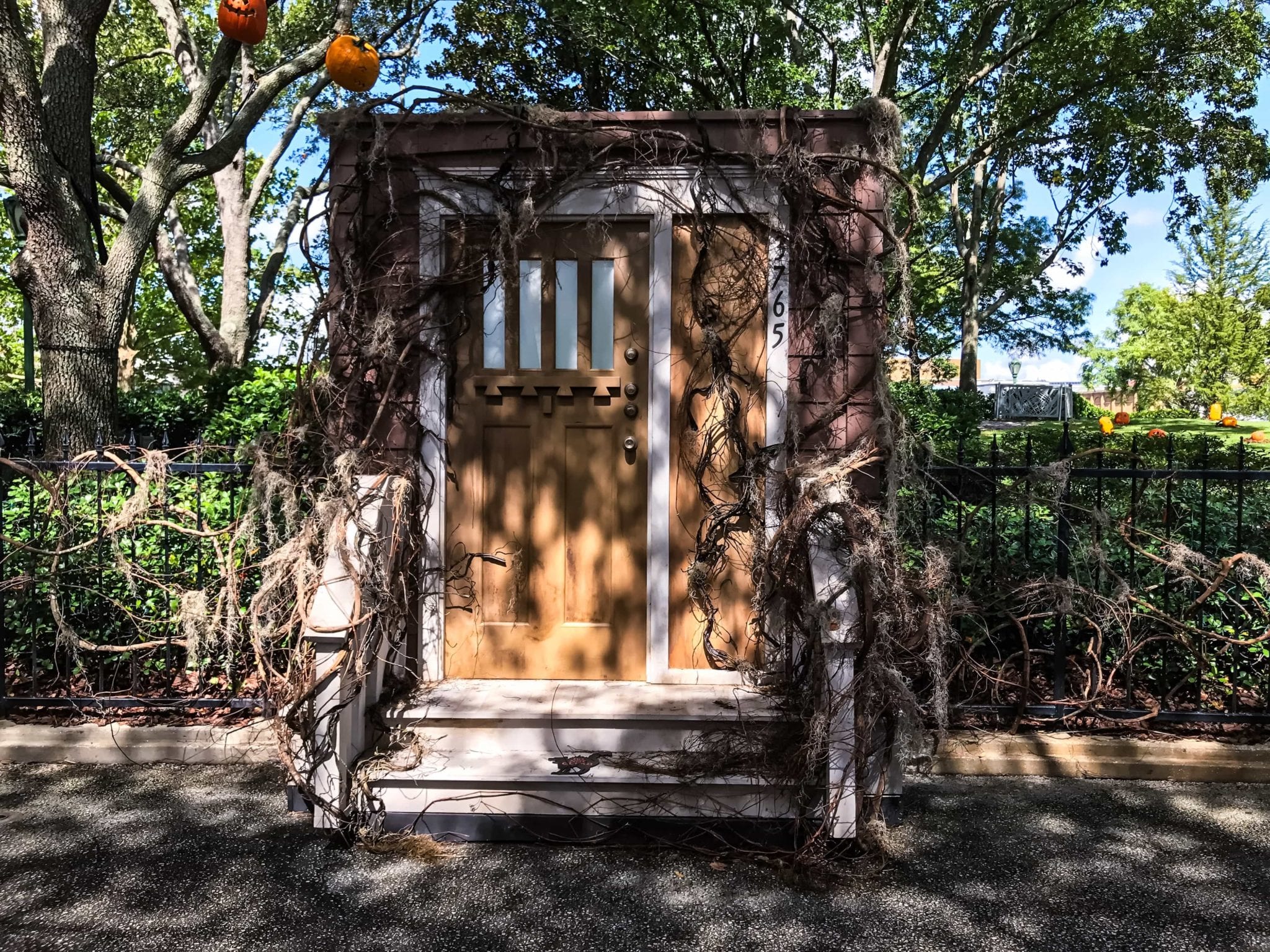 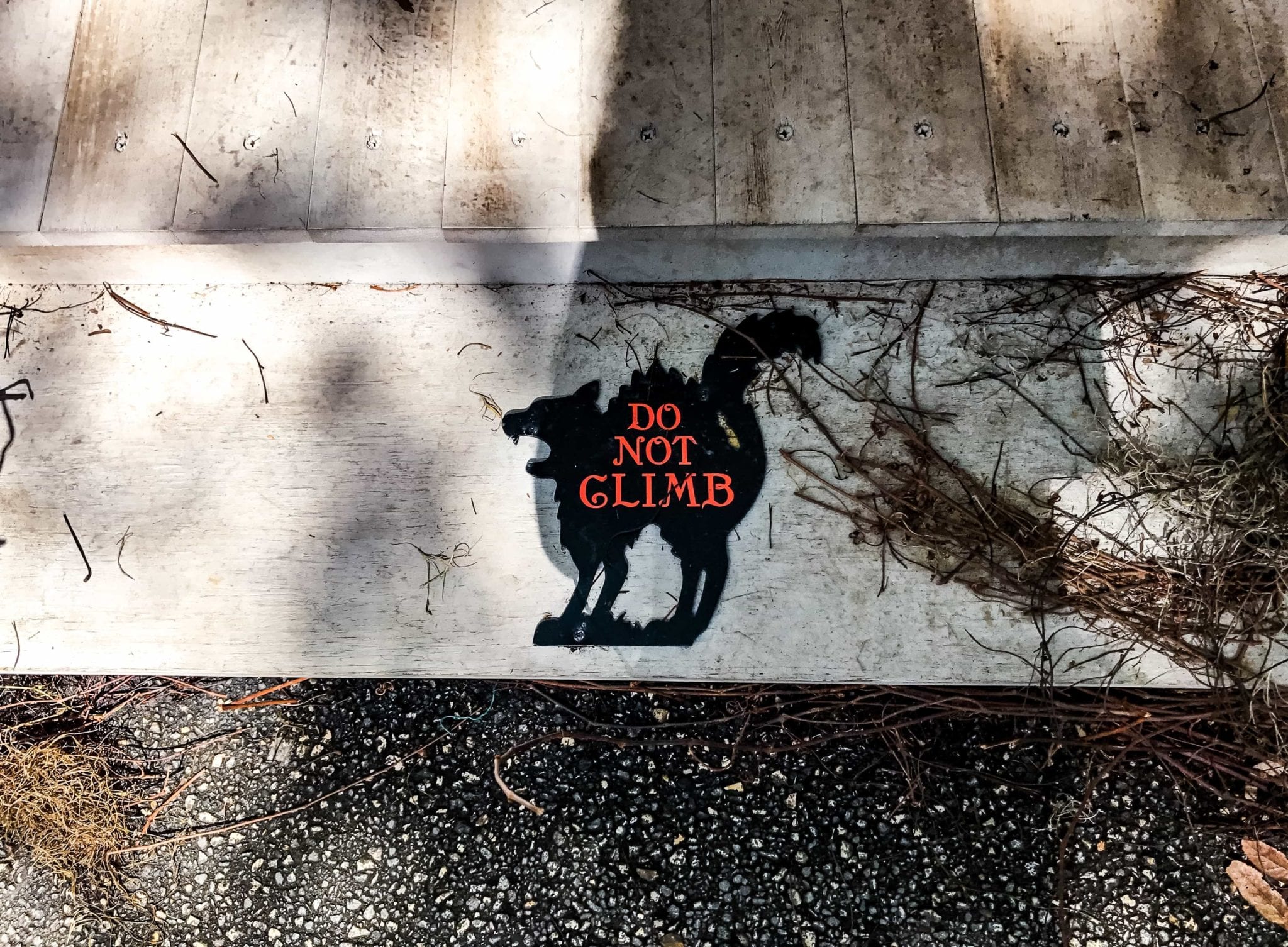 A “Do Not Climb” themed sign was posted on a front porch set piece after guests continued to climb on them. 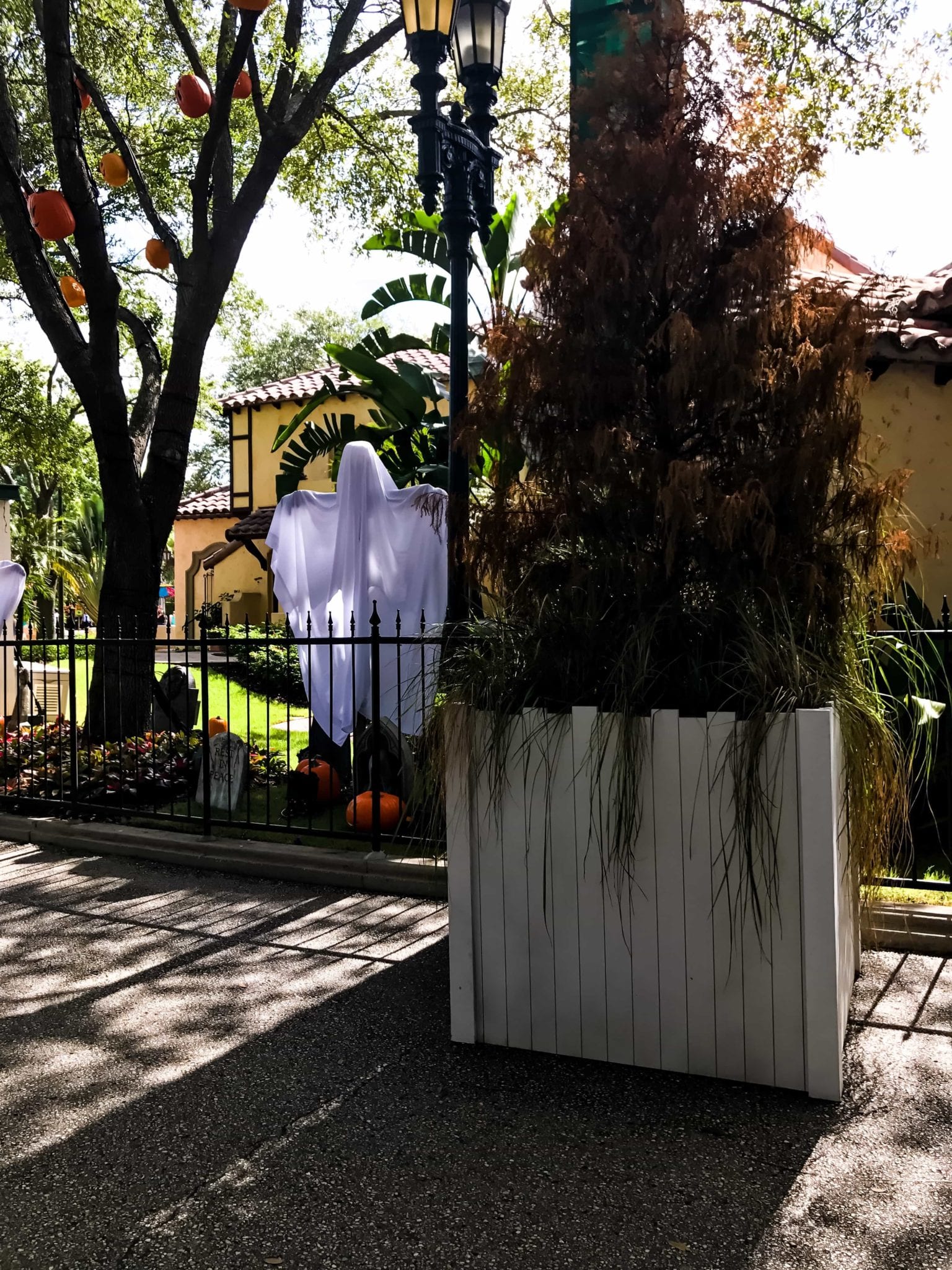 A few overgrown planters can be found in the scare zone now.

This scare zone returns to the New York section of the park, complete with the fan-favorite auction and a very polite gentleman. More surprises are sure to be in store for this returning zone. 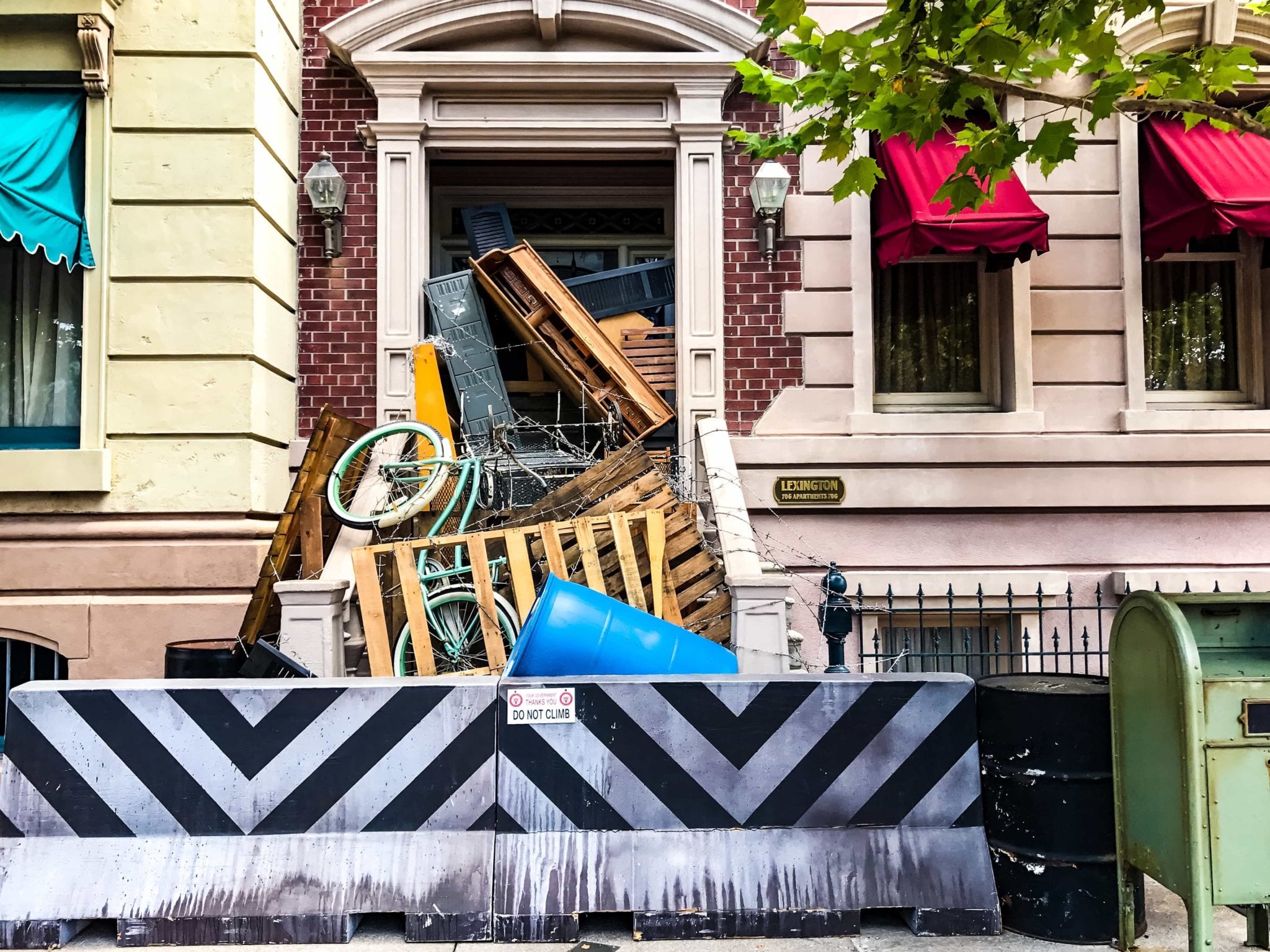 Various debris makes up this homemade barricade in “The Purge” scare zone. 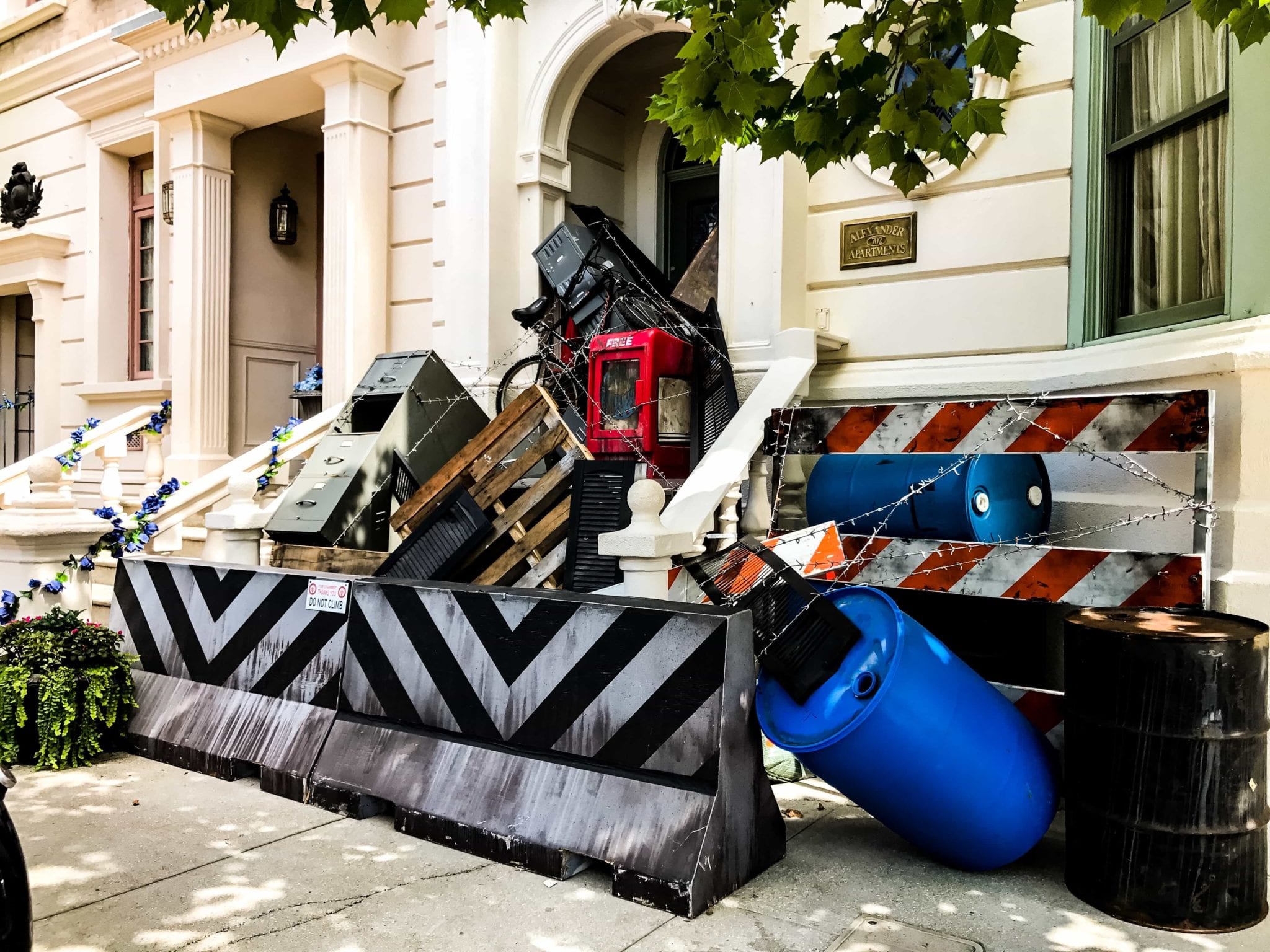 More barricades to bar out those participating in “The Purge.” 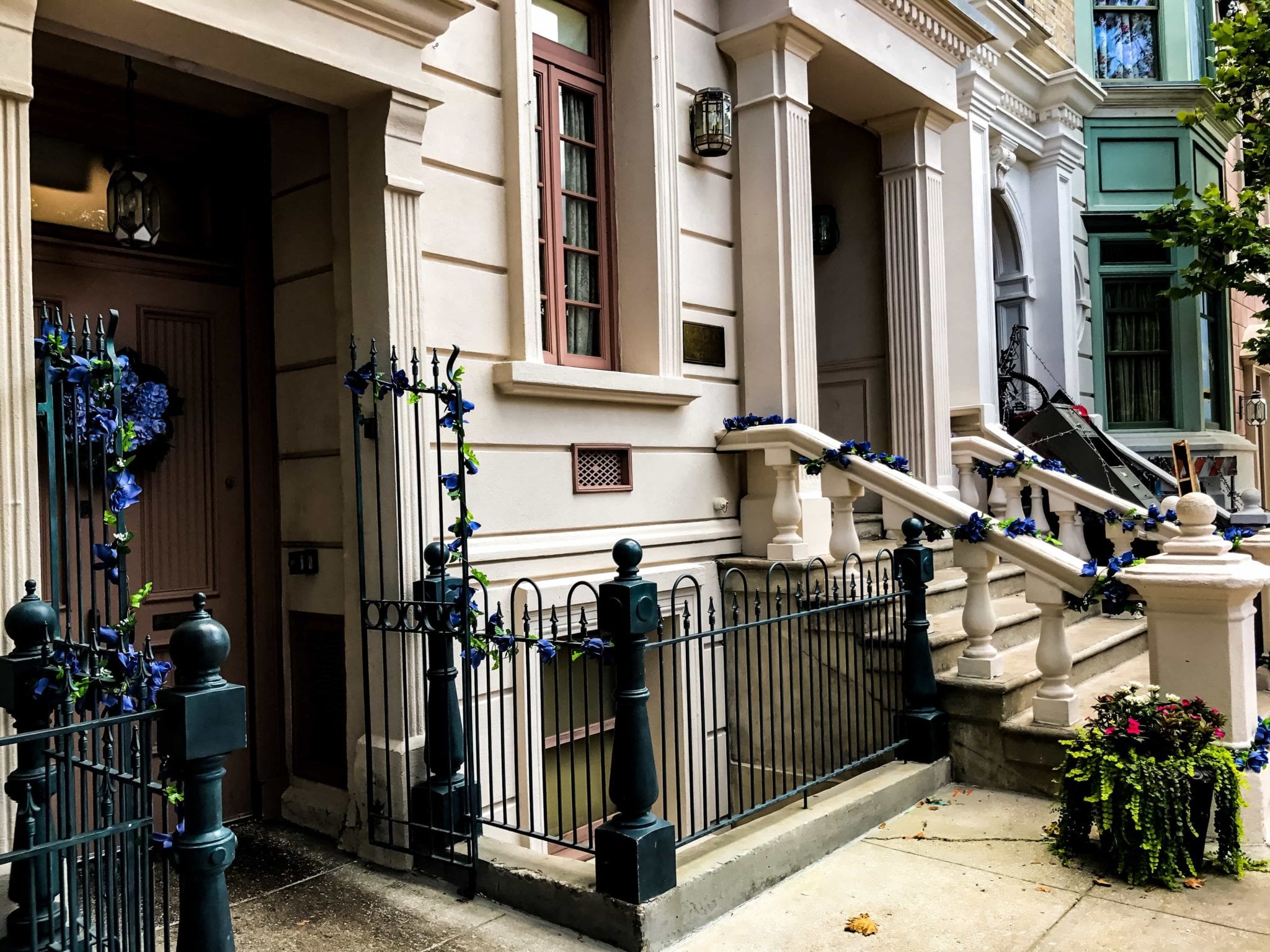 Blue flowers can be seen on the streets of New York portraying those who opt-out of “The Purge.” 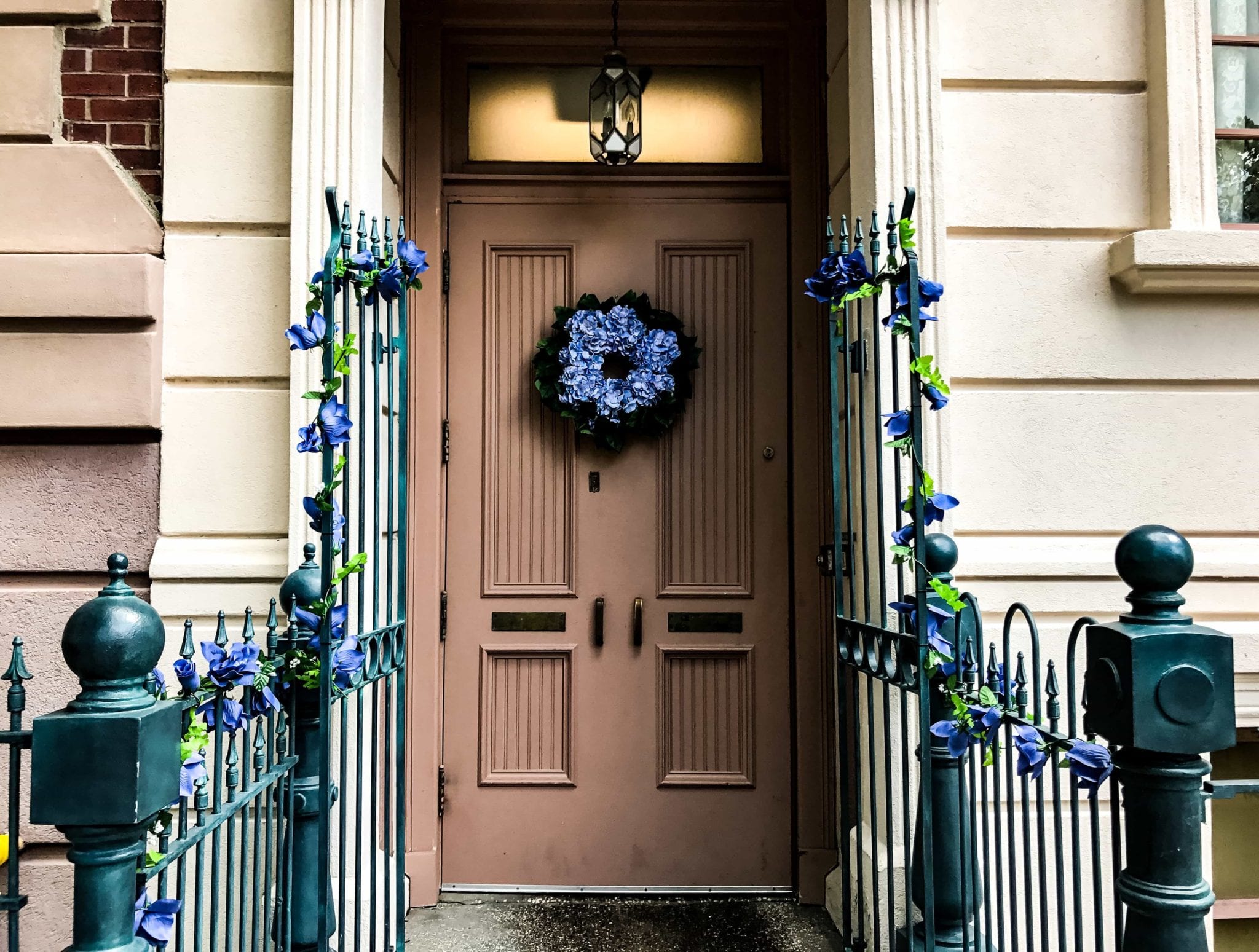 More blue flowers symbolizing those who opt-out but support “The Purge.”

Watch the video of the previous rendition of “The Purge” scare zone from Halloween Horror Nights 2014 below:

This new, original scare zone takes guests back to a time long past, set right in the middle of an alien invasion in the San Francisco area of the park. 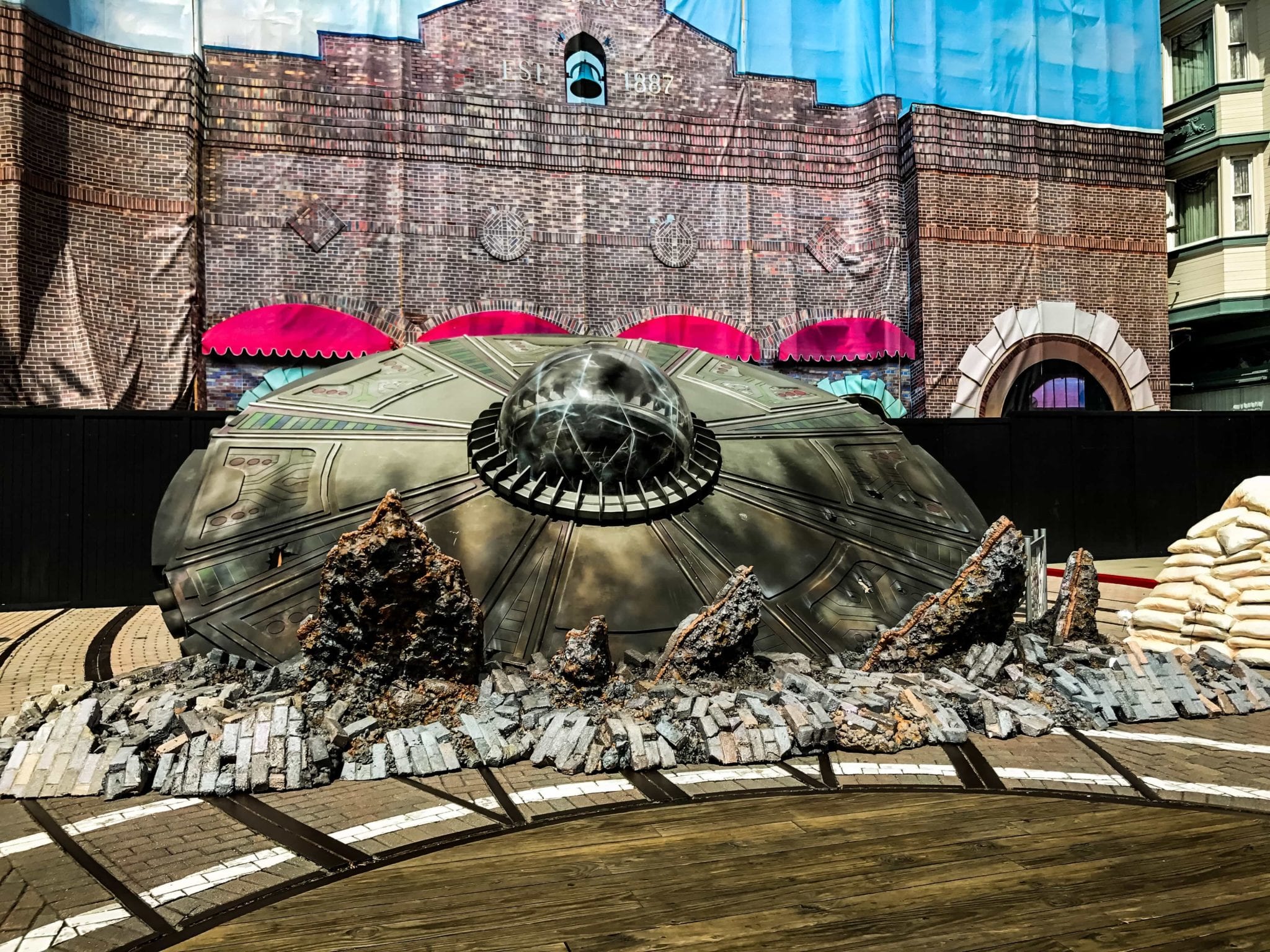 The massive alien space vessel crashed into the streets of San Fancisco. 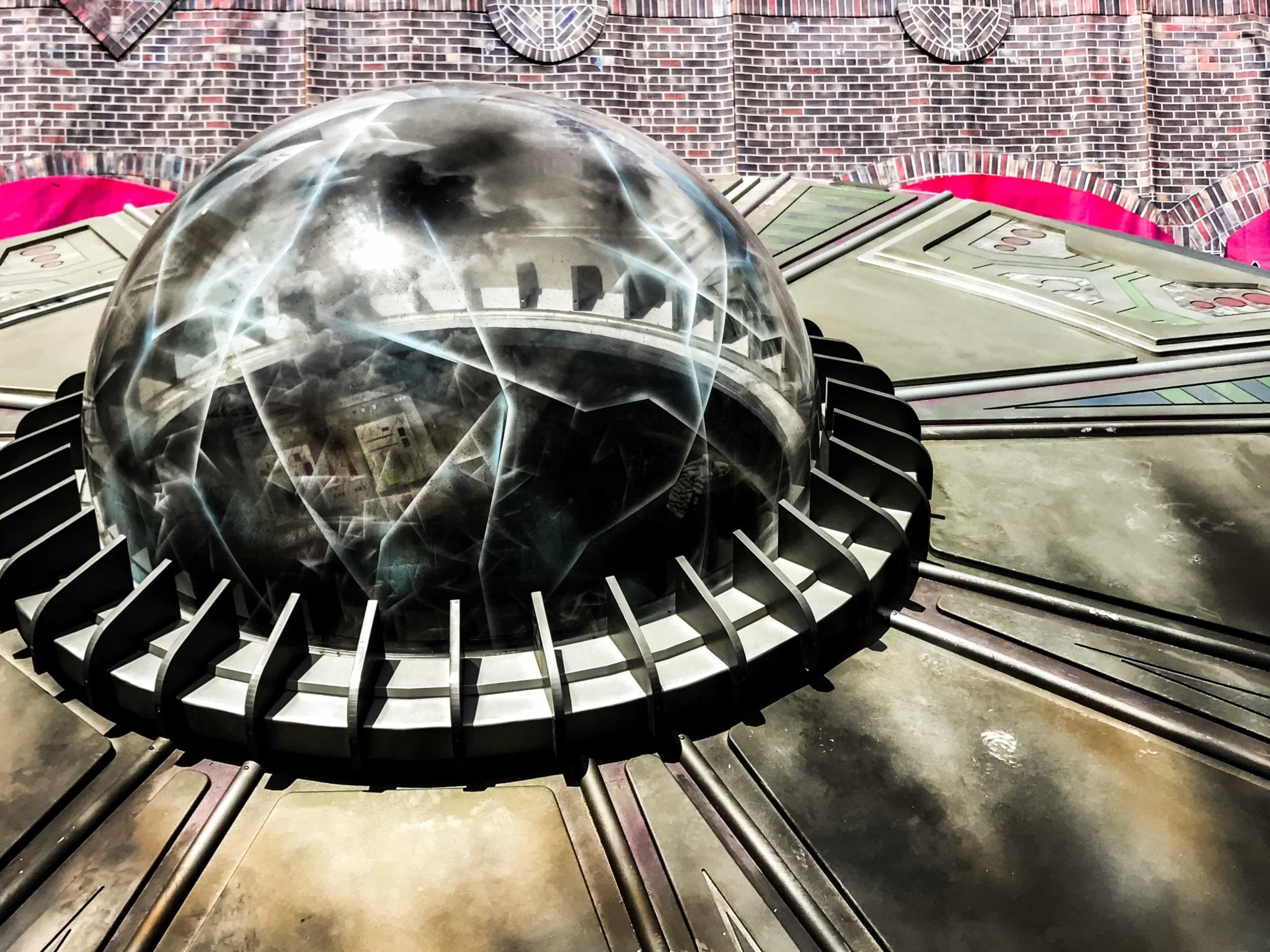 The interior of the spaceship appears as though it could be used for a scare within the zone.

These alien invaders aren’t just on Earth to seek and destroy, however, but to examine and study human life forms. Guests will have to watch their backs in this scare zone, or else end up on the examination table.

The other scare zone announced for this year, “Festival of the Deadliest,” has not yet received any theming in the park, though more props and set decorations are anticipated to be added in the coming weeks.

For more information on Halloween Horror Nights at Universal Studios Orlando, and to purchase tickets, visit HalloweenHorrorNights.com/Orlando. Stay tuned to our website, Facebook and Twitter for more updates on scare zone and house construction as the opening date for the event approaches.

A video detailing some set designs for the original houses for this year’s Halloween Horror Nights was also released, which you can watch here:

Join us for ‘Early Night Live’ on Main Street U.S.A.