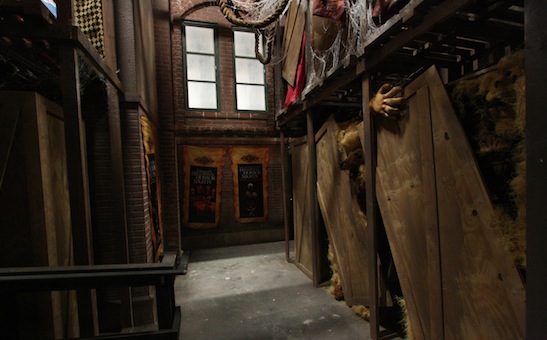 “There is more to paralyzing fear than a scream in the darkness or a cool breath on the back of the neck. Or the grip of the undead. Fear that truly consumes us comes from deep inside our souls, stirred by something we don’t always understand and rarely have the chance to confront. Until now.” 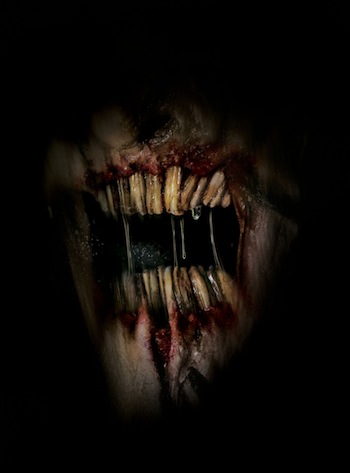 For 24 nights beginning Sept. 24 and running through Oct. 31, Halloween Horror Nights at Universal Studios will reveal Fear as he has never been seen or experienced before. Fear and what he has created have horrified people for 19 years.

“Everything we have done for the past 19 years, everything we have learned, leads to this moment,” said Jim Timon, senior vice president of entertainment for Universal Orlando Resort. “This year’s Halloween Horror Nights is not about the past. It is about the future.”

Horror Nights: The Hallow’d Past
The Halloween Horror Nights name brings with it millions of tales, each filled with thousands of screams. Now, you have the opportunity to travel into a realm where Horror Nights isn’t just an event, but a reality.

The Orfanage: Ashes to Ashes
Ashes to ashes, forever now dust. For years she has existed in the shadows, never getting her due. Misunderstood by all around her, she has had enough of her playthings at the Good Harvest Orphanage – now is the time for vengeance. This burned out shell contains the souls of the forgotten and the lost who all scream one name: Cindy.

Hades: The Gates of Ruin
Hades bids you welcome. Make your way into the Underworld, and come face to face with the most terrifying creatures of legend as you cross through the Gates of Ruin.

Psychoscarepy: Echoes of Shadybrook
The truth, as they say, is far stranger than fiction, and in this instance they happen to be correct. Although Shadybrook’s doors have indeed been closed for the last 15 years, the place is still very much alive with all of the criminally insane souls that have ever walked its halls.

Havoc: Dogs of War
Ten years ago, the Shadowcreek Enterprise was tasked with developing an elite corp of soldiers. They succeeded. Through an inhalant that includes a compound of testosterone, adrenaline, and other anesthetics, Shadow Creek’s latest run of volunteer test subjects are ready for inspection. The project name: HAVOC. The subjects are known simply as the Dogs of War.

Catacombs: Black Death Rising
During a plague of Paris and Marseilles in 1534, thousands died due to an undisclosed viral outbreak. A group of doctors took it upon themselves to quarantine the most infected citizens of the city. They had no way of knowing that the townspeople would betray them, sealing them into their doom. They have been unable to escape for almost five hundred years. Now that the dead inside have found a way out, they are rising to take their centuries old vengeance on any living being that dares to enter the Catacombs.

Zombiegeddon
The United States government has re-taken the continental United States, and is actively engaged in clearing the remaining infested pockets of Canada. The government also licenses and sanctions private companies to capture “un-live” subjects and use them as practical targets during these training sessions. Dozens of independent training consultant “companies” spring up, promising the best training that money can buy…and then there’s ZAP…The Zombie Awareness Program.

Legendary Truth: The Wyandot Estate
The Spirit Seekers have come up with a machine that actually gathers spirits toward it. The group has decided to do a live broadcast from inside one of the most reportedly “haunted” sites in the entire United States, The Wyandot Estate, built in the 1920’s in Carey, Ohio by the entrepreneur Malcolm Wyandot and his wife Lydia. The house has been rumored to be haunted since Malcolm brutally killed 13 dinner guests and his wife Lydia before committing suicide on October 30, 1929. The team is about to get more than they bargained for as the murdered hear their call and answer with terrible violence.

HHN: 20 Years of Fear
Step into the shadows of the last Twenty Years of Fear. Move toward the lantern, and encounter the most frightening characters of Halloween Horror Nights past.

Fear Revealed
The souls of Chaos, Death, Sacrifice, Mythos and Vengeance – He created them and gave them terror. Each with a part to play, they fulfilled their tasks. Their malice provided him bone, their rage gave him blood, and their terror fulfilled his soul. What has been 19 cycles for some have been eons for him. He’s waited patiently for the final piece, and now on the 20th cycle… HE IS REVEALED.

Zombie Gras
This Mardi Gras parade has gone severely off course. Infected by the North American zombie infestation, the undead walk among us, searching for their next meal…

Esqueleto Muerte
Revel in the seductive taunts of Death as you wind through a glowing skeletal nightmare.

Saws ‘n Steam
Enormous trenches in the earth’s crust have opened below its vast oceans, exposing them to intense heat. Steam power is essential to the inhabitants of New Yorkshire, but diminishing oceans have put the city in jeopardy, forcing the citizens to evil lengths. Beware upon entering the city, as the water in your body is now a coveted resource. And the citizens will stop at nothing to get it.

The Coven
The Cult of the Raven has unsettled spirits, and its Sirens are screaming throughout the witches’ realm. As you creep past their obelisk, beware their spells. For those who don’t believe will be condemned to death.

Bill & Ted’s Excellent Halloween Adventure
Party on as those two most excellent dudes return to skewer the biggest names in entertainment and pop culture.

Brian Brushwood: Menace and Malice
Experience two realms of bizarre magic by one of the country’s most outrageous illusionists.

A word from Fear himself:

Universal Orlando Senior VP of Entertainment Jim Timon explains what this year’s event is all about:

So definatley no rocky show this year … well i wont be bothering to go then , neither will a lot of fans .

Steve, we’re supposed to believe you’re ging to pass up an all-new lineup of 8 houses because they aren’t bringing back a show? Seriously? How foolish.

I’ve been going to HHN off and on since the second one which as was first time it was called HHN. This year I decided to take both the behind the mask tour and the VIP 8pm tour. To me Bill & Ted was really bad this year which is saying alot because the show hasn’t been good since the 90’s. The houses are always top notch, however if you have been doing as long was I have, it doesn’t really bring you any scares. The best part about HHN are the shows and not having Rocky Horror is a big blow to fans. The next time I go, I’m just going to avoid the houses and just enjoy the shows (minus B&T).

Steve: That goes to show you that everyone has different tastes. I loved the Bill and Ted show this year and have seen it four times so far. And I really don’t care for the Rocky Horror show.

Steve: How could you decided if you are going to HHN or not on a Rocky Horror Tribute Show? 1) Being a long time RHPS fanatic, I am personally disappointed in the show mainly for the lack of audience participation. 2) It’s only maybe half of the traditional show with a majority of the same people performing it every year and it’s not even all of the good songs!