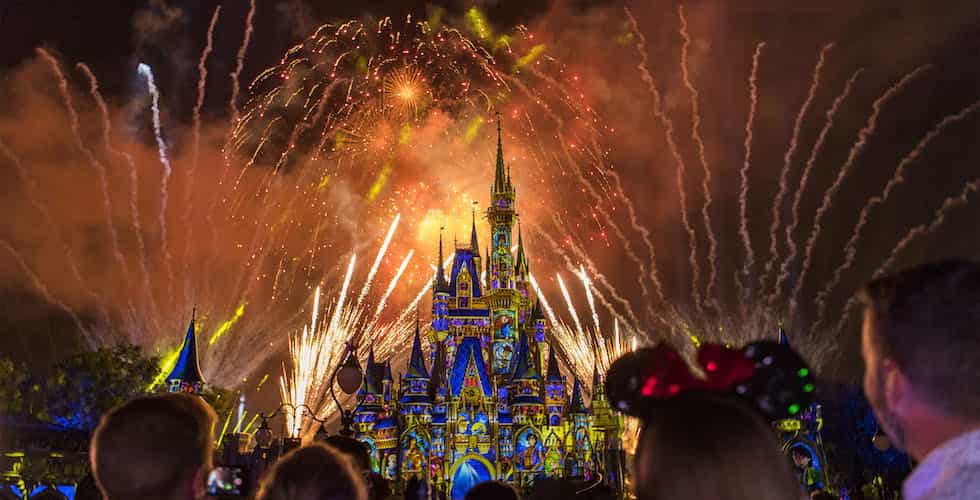 “Happily Ever After” made its grand debut at Magic Kingdom Park on May 12.

With “Wishes” only just concluding its run at Magic Kingdom, a brand new nighttime spectacular titled “Happily Ever After” made its debut on Friday, May 12 to a packed crowd.

This breathtaking show not only features awe-inspiring fireworks, but also has more lights, lasers and projections than any show at the park before it. “Happily Ever After” takes guests on the Disney journeys that they know and love, facing all of the challenges and adversity with their favorite characters on their path toward their own happy ending.

The 18-minute display features a multitude of classic and modern Disney films, such as “The Hunchback of Notre Dame,” “Hercules,” “Moana,” and “Frozen.” In all newly-drawn animations, you will see Aladdin jump from turret to turret fighting a snakelike Jafar, or watch Mulan as she defends China against the Huns. The castle itself even becomes a character in the story.

“Happily Ever After” opens with a message of hope and magic, showcasing heroes and villains along the way, before culminating in a huge fireworks display, and the message that you control your own happily ever after.

Nods to “Wishes” and the previous projection show “Celebrate the Magic” are also included, with the most notable being Tinkerbell returning to the skies as she flies across Magic Kingdom.

With over 25 Disney films included in the show through state-of-the-art projections, as well as an emotional and nostalgic score, this nighttime spectacle reminds us that anyone can make their own dreams come true, as long as they have the courage to pursue them.

Be sure to check out our Twitter and Instagram for live video and photos from the spectacle. For one last look at “Wishes,” see the final performance and our tribute below.