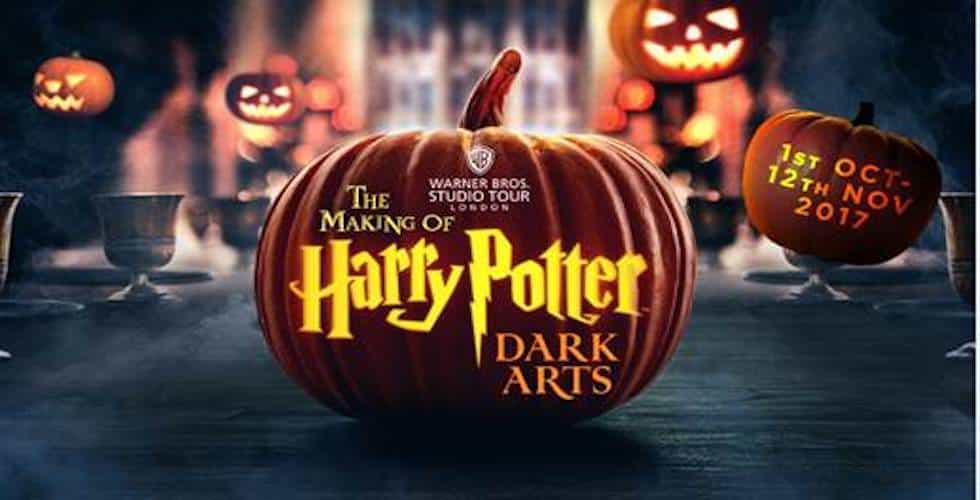 Wizards and Muggles can learn more about the Dark Arts this Halloween at the Warner Bros. Studio Tour London.

For the event, the Great Hall set will be decorated with over 100 floating pumpkins, as it was seen in “Harry Potter and the Sorcerer’s Stone.” Crafted by Pierre Bohanna, Head Propmaker for the Potter films, the pumpkins are made after those found in Hagrid’s pumpkin patch in “Harry Potter and the Prisoner of Azkaban,” and hand-carved by the Prop Making Department. The Great Hall will also be set for a Halloween feast of red apples, cauldrons of lollipops and pumpkins.

Guests can learn wand combat techniques with Wand Choreographer, Paul Harris, and then put their skills to the test in a live duel with Death Eaters in the Studio Tour’s backlot. This demonstration can give guests a look at what filming a group scene like the Battle of Hogwarts was like.

The original Death Eater costumes from the film series will be on display during the event, giving guests a close-up look at the hand-painted masks and embroidered robes. Each mask was handmade by the Prop Department and was designed to match the wearer’s personality.

Vats of Troll snot, buckets of three-headed dog’s droll, and pools filled with unicorn blood will be displayed in the Tour, giving visitors a chance to see how each fluid was created. A darker Dragon Alley can also be explored, as the lights will be dimmed and the music made more menacing.

For the first time this year, Warner Bros. Studio Tour London will host a special event for Muggles and wizards alike with “Hogwarts after Dark,” for two nights only. Guests will get to sit down for a two course dinner in the Great Hall before being led into the Forbidden Forest set for dessert. The evening will include live demonstrations from the Prop Making Department, and a lesson from the Wand Choreographer in preparation for a live duel with Death Eaters.

The Studio Tour’s Dark Arts special feature will run from Oct. 1 through Nov. 12, and all tickets must be pre-booked. All extra activities are included in the price of the ticket. For more information on the Dark Arts feature, and “Hogwarts after Dark,” visit wbstudiotour.co.uk.