Excited Harveys devotees lined up outside Elias & Co. in Disney California Adventure on Aug. 18 to shop Harveys x Disney’s The Little Mermaid bags and get their new pieces signed by the company’s founders, Dana and Melanie Harvey. 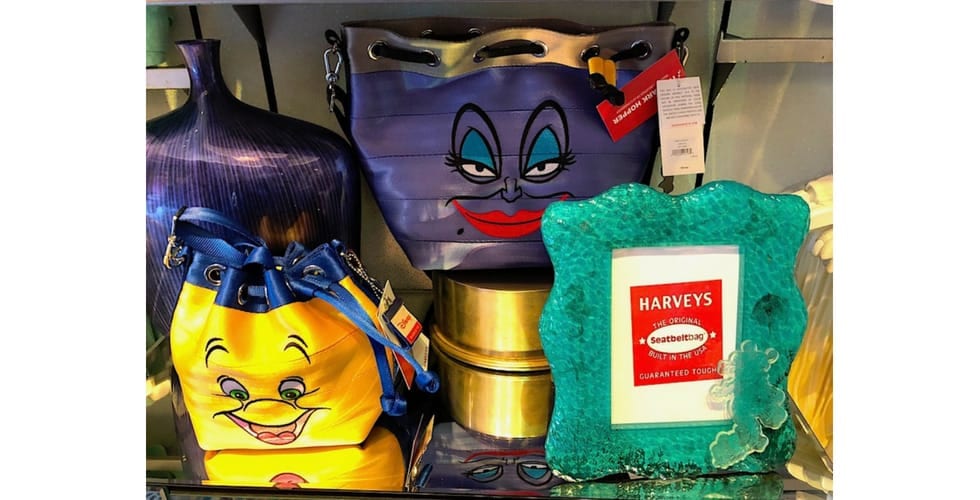 The new Harveys X The Little Mermaid collection made its debut at the Disneyland Resort.

The brand debuted Disney Parks-exclusive styles, including a Little Mermaid Streamline Crossbody and Medium Streamline Tote, a Flounder Mini Park Hopper, and an Ursula Park Hopper. Harveys staff was on hand with button-making machines to create Ursula the Sea Witch and “Part of Your World” buttons as a special gift with purchase. 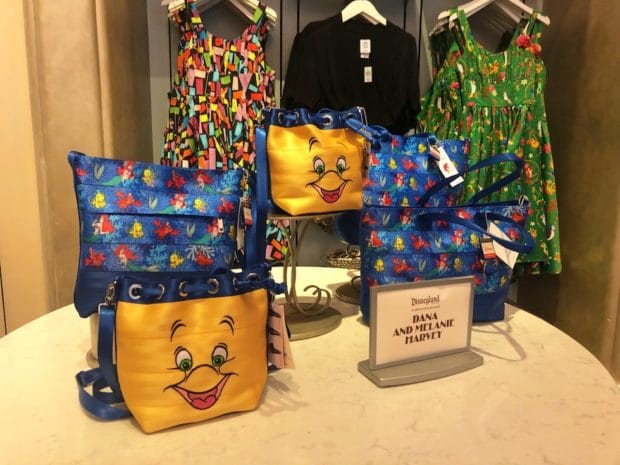 The Harveys greeted their fans enthusiastically before the signing began, and the crowd responded with cheers. The buzz continued as guests entered the store and purchased bags featuring the likenesses of Ariel, Flounder, Sebastian, and Ursula, posed for pictures with the Harveys, and picked out their buttons of choice. 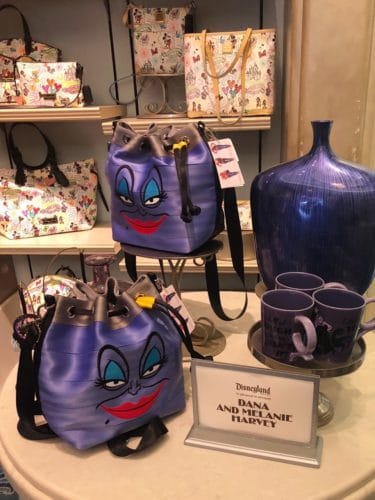 Make these bags a “part of your world” when you visit the Disneyland Resort.

The Harveys paid special attention to each guest who approached their table, carefully signing the inside lining of their new bags and engaging in friendly chat with their supporters.

“The Little Mermaid” collection is the latest in a long line of collaborations with Disney, which have featured designs inspired by Mickey and Minnie Mouse, Princesses, Villains, “Lilo & Stitch,” and Tim Burton’s “The Nightmare Before Christmas.”

The Harveys x Disney’s The Little Mermaid collection is available for purchase at Elias & Co. in Disney California Adventure, Fortuosity Shop in Disneyland Park, and The Disney Dress Shop in the Downtown Disney District, while supplies last.