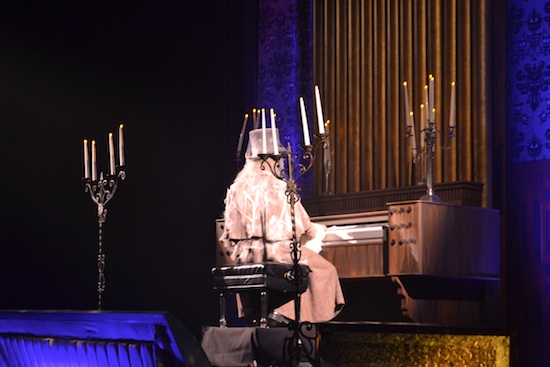 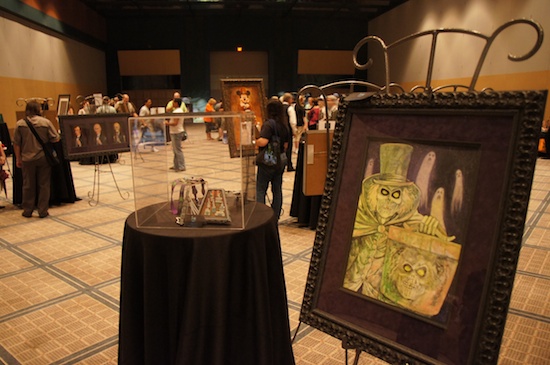 The event started in the early morning at Disney’s Contemporary Resort with an opportunity to purchase and pick up exclusive Haunted Mansion inspired merchandise, take a “not for the faint of heart” photo op, bid in a silent auction full of priceless first editions, and meet some of Disney’s most well known artist. Look for a full report from the event, along with artist interviews in Episode 45 of Orlando Attractions Magazine – The Show. 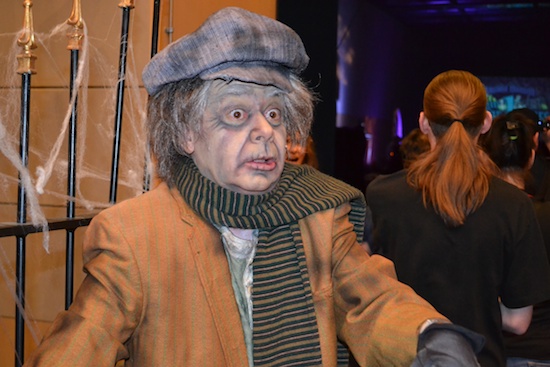 The real event kicked off later that night as the graveyard gates opened and guests were ushered in by Haunted Mansion’s famous graveyard caretaker. 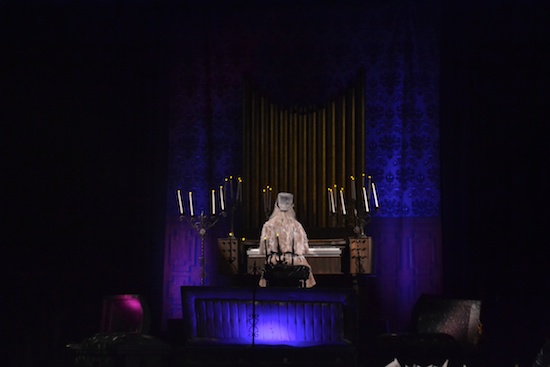 After stepping into the ballroom, guests were immersed in the world of the Haunted Mansion. Complete with the ride’s organist coming to life and playing a live organ for guests. While he mostly played gloomy Haunted Mansion songs he included his own renditions of Disney favorites. Here he plays his version of “It’s a Small World”.

Our three-course meal began with stale bread, a salad consisting of various greens with vegetables with a delicious stuffed green olive. The entrée was tender short ribs over shallot mashed potatoes with vegetables on the side. For dessert, we had Butterfinger cheesecake served with fruit, a chocolate skull and chocolate spiders. The meal was absolutely delicious. 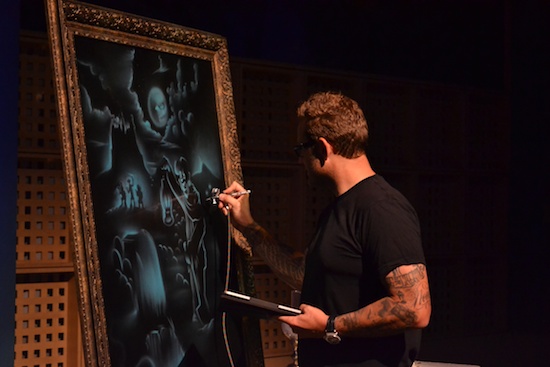 The ghostly organist wasn’t the only one entertaining us throughout our meal. Renowned Disney artist Noah was on hand doing a one of a kind painting. He turned his black canvas into a painting filled with various Haunted Mansion elements. It was auctioned off to the highest bidder at the end of the night (not me). 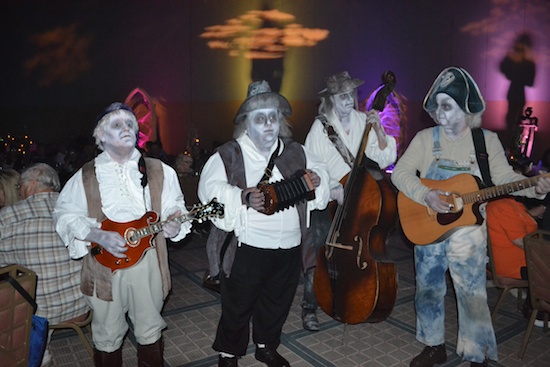 There was also a roaming graveyard band, and a Ghost Host and the caretaker to provide some comic relief.

After the dinner, a panel of Walt Disney Imagineers (Jason Surrell, Jason Grandt, Eric Goodman and Pete Carsillo) took the stage for a presentation about Haunted Mansion’s history. The presentation included a wealth of information, including some unknown tidbits. Check out all the details in this nearly hour-long video of the presentation:

One piece of information that I found most interesting: In the new Haunted Mansion hitchhiking ghosts effect at the end of the ride, when the ghost Ezra is seen in the mirror lifting his hat, little bats are released which are actually flying versions of the iconic bat statues in the queue for the ride.

Shortly after the Imagineer’s panel ended, the Cemetery Singers took the stage and performed two a cappella songs including the Zombie Jamboree and Grim Grinning Ghosts:

At the conclusion of the event guests were given a gift bag and admission to enjoy that nights Mickey’s Not So Scary Halloween Party at the Magic Kingdom. Overall, “Room For 1 More” was a fantastic event featuring not only merchandise, meet and greets, a meal and entertainment, but the perfect ambiance for a Haunted Mansion event.

Full tour of Legoland Florida – A look at all the attractions, stores and restaurants

This event looks amazing! Wish i could have attended :/