Every Halloween, thousands of people flock to events like Universal Studios’ Halloween Horror Nights, Busch Gardens’ Howl-O-Scream, and other haunts to be properly scared…but what if there was a real killer pretending to be another part of the show? 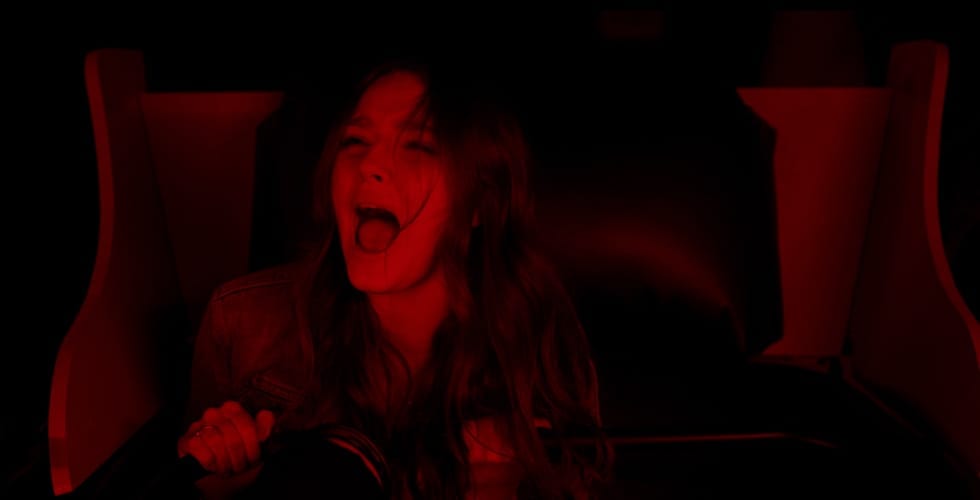 It’s fun getting in, but it’ll be hell getting out.

Welcome to “Hell Fest,” a new amusement park slasher film out from Lionsgate and CBS Films on Sept. 28. 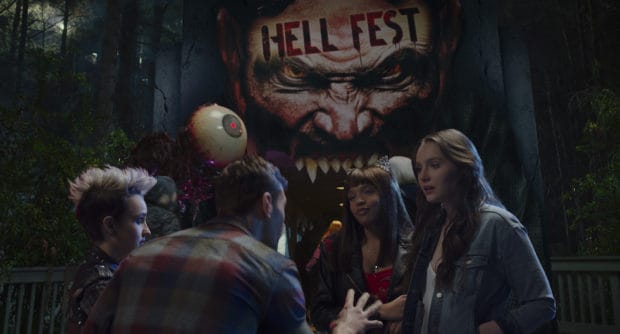 It’s always safer to go to haunt events in groups…right?

In the film, college student Natalie (Amy Forsyth) is visiting her best friend Brooke (Reign Edwards) and her roommate Taylor (Bex Taylor-Klaus) during Halloween. The three girls and their boyfriends head out for Hell Fest, an all-too-familiar theme park event comprised of rides, games and haunted houses. 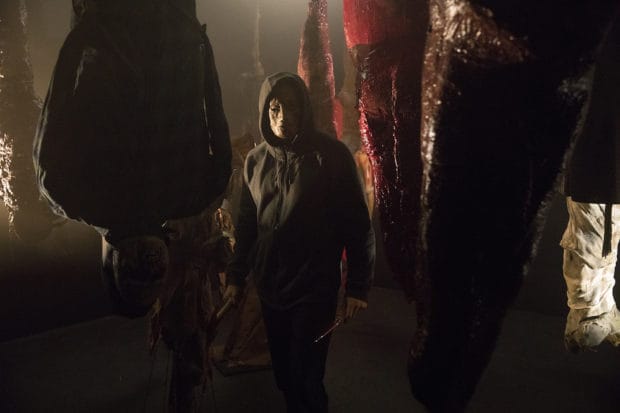 This guy is out to give scareactors a bad name.

For one event-goer, this isn’t just a haunt – it’s a hunting ground. A masked killer lurks around in the night, looking to slay their victims in plain view of an audience that will never realize that the horror is real until it’s too late.

This film is produced by “The Walking Dead” executive producer Gale Anne Hurd, and directed by Gregory Plotkin, whose previous directing credits include 2015’s “Paranormal Activity: The Ghost Dimension.”

Check out the trailer for “Hell Fest” below:

“Hell Fest” hits theaters on Sept. 28. To learn more about this new film, head to Facebook.com/HellFestMovie.