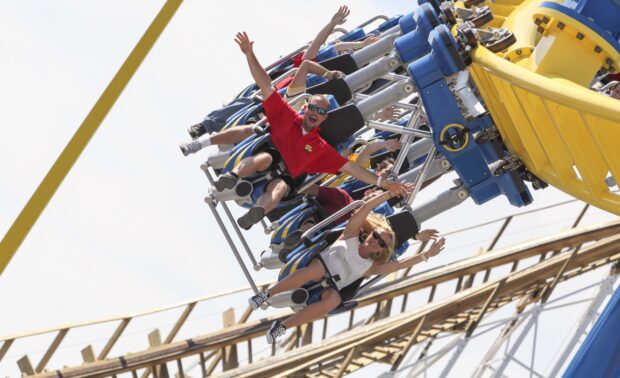 With the commercials just as big a part of the Super Bowl as the game itself, Fun Spot will debut their own Super Bowl commercial during the big game on Feb. 2 on Fox 35 in the Orlando area.

Four versions of the commercial were filmed and edited, and Fun Spot is having a contest for its fans and friends to vote on which version should ultimately be shown during the game. Voting is open from now until Jan. 30th.

From the group that votes for the commercial with the most votes, a random winner will be chosen to receive an Annual Pass to both Fun Spot parks, plus a Meet & Greet with Fun Spot owners, John Arie Sr and John Arie Jr.

To vote, just watch all four Super Bowl commercials on the Fun Spot YouTube page, then head to Facebook.com/FunSpotAmerica and vote on which you like best.

‘Happily Ever After’ leaves Magic Kingdom in...