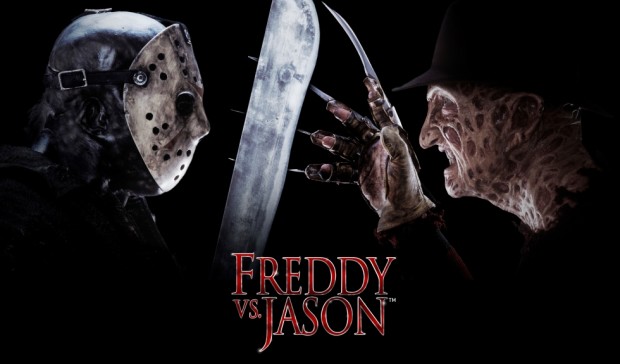 Two of the most feared icons in horror film history are ready to duke it out, and you’ll be caught right in the middle of it.

A Nightmare on Elm Street’s Freddy Krueger and Friday the 13th’s Jason Voorhees will be unleashed at Universal Orlando’s Halloween Horror Nights 25 in a new haunted house. Guests will experience the ultimate battle of evil vs. evil as witnessed in the film Freddy vs. Jason.

Once guests step inside the “Freddy vs. Jason” house, they will:
• Weave through Elm Street and straight into Freddy Krueger’s nightmares
• Visit Camp Crystal Lake and come face-to-face with the hockey-masked killer, Jason Voorhees
• Witness iconic kills – and become the next target
• Fight to survive the showdown between the two titans of terror

Get a quick look at what’s in store for guests at Halloween Horror Nights 25 below:

Freddy vs Jason: The Battle Continues at Halloween Horror Nights 25

For more information on Halloween Horror Nights 25 and to purchase tickets, visit HalloweenHorrorNights.com/Orlando.

‘Today Show’ offers a look inside The...