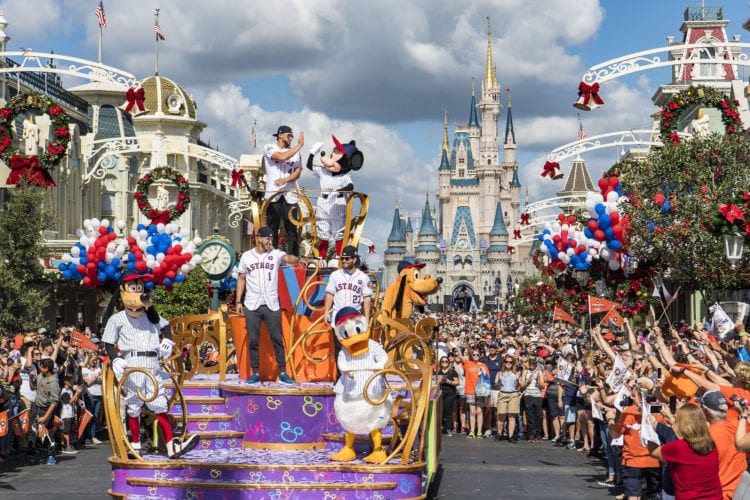 The Houston Astros’ World Series victory celebration made its way to Walt Disney World with a parade that saluted the team’s first world title in its 56-year history.

Then, in front of thousands of enthusiastic fans who lined Main Street, U.S.A. at Magic Kingdom, Springer, Altuve and Correa got a one-of-a kind ride atop a parade float surrounded by a sea of balloons, confetti and celebratory cheers.

Afterwards, the players and their families joined Mickey Mouse and his pals – who all happened to be perfectly dressed for the occasion in their classic baseball uniforms – for photos in front of Cinderella Castle. It was a day the Houston trio, their family and their fans likely won’t soon forget.

“It’s been an amazing day,” said Astros shortstop Carlos Correa. “I feel like a kid all over again getting to go to Disney World and spending time with all of these people here who are supporting us and celebrating the (World Series) championship with us. I will never forget the people cheering and crying during the parade. It was the best thing ever and a memory I will never forget.”

The scene was the culmination of a long-awaited dream for the Astros and the city of Houston which supported the team for 56 years despite never winning a World Series title – and throughout the recent hurricane and subsequent flooding that devastated the city. A bright spot emerged Wednesday night with Houston’s series-winning Game 7 win that propelled the club, its city and its fans to the top of the baseball universe. And to the most magical place on earth.

Their appearance at Disney continued a long and popular tradition of celebrating the world’s greatest sports and entertainment achievements at Disney Parks, a beloved ritual that dates back to 1987. Springer, Correa and Altuve are now among a star-studded lineup of sports heroes – from Super Bowls, NBA Championships, Olympic Games, Stanley Cup championships and so many more – who have celebrated milestone accomplishments by “Going to Disney World!” 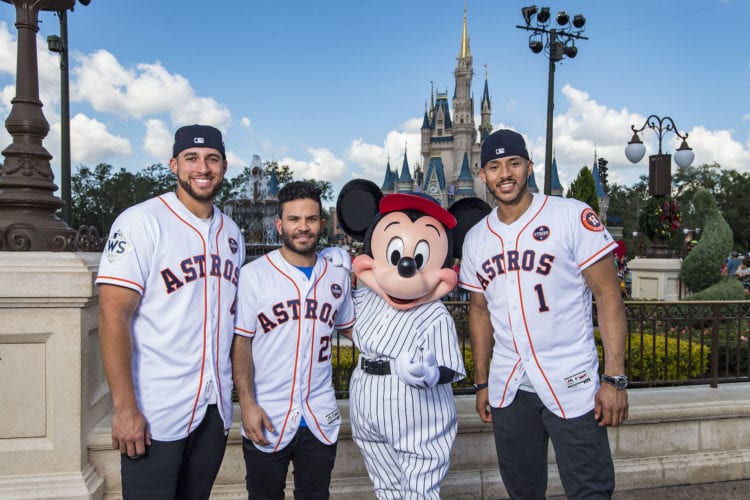 Alcohol to be served at more Magic...