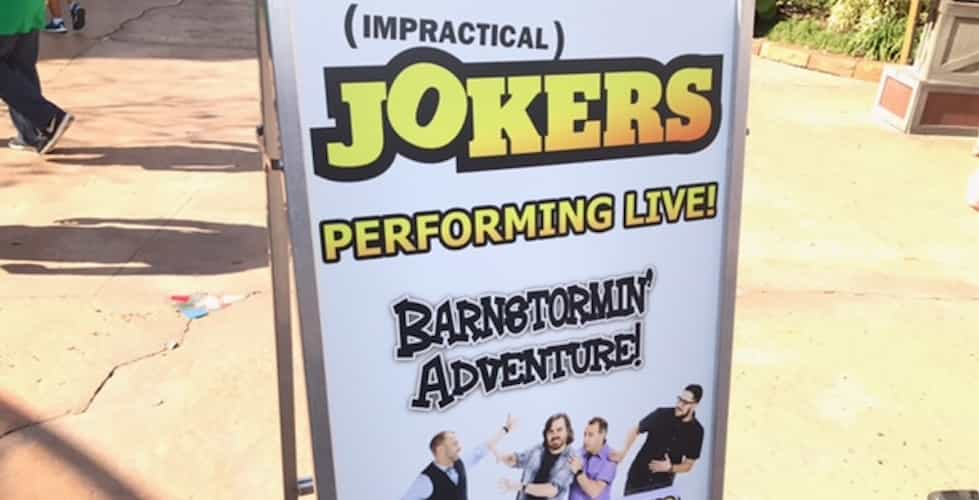 The “Universal Appeal” episode of “Impractical Jokers” airs on May 11.

“Impractical Jokers,” a hidden-camera prank show, is set to air their season six premiere filmed at Universal Orlando Resort on May 11. The show, starring Brian “Q” Quinn, James “Murr” Murray, Salvatore “Sal” Vulcano and Joseph “Joe” Gatto as they play pranks on unsuspecting citizens, and endure punishments if the pranks do not go well.

Filmed back in February of 2017, this episode takes place in Universal Studios Florida and Islands of Adventure, and the pranks involve many staples of theme parks, like managing ride lines, helping out at a (mis)information center, and even taking a ride on the Jurassic Park River Adventure attraction.

You can catch all of the antics when the “Universal Appeal” episode of “Impractical Jokers” airs on truTV this Thursday, May 11 at 10 p.m. You can also stream it on iTunes and Amazon after the episode has aired, or catch a rerun on truTV Friday, May 12 at 2 a.m. and Saturday, May 13 at 6 p.m.

For more information on the show, visit the official website.