I got a chance to walk through Universal’s Islands of Adventure park this afternoon. In between the small showers, I was able to get these photos: 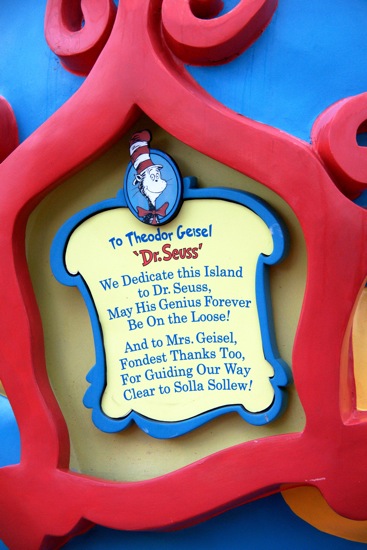 This is at the entrance to Seuss Landing. I don’t think I’ve ever stopped to read it before. 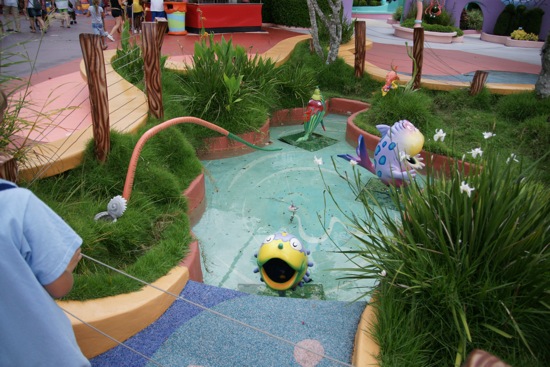 My son always stops here to see if he can get the sound to play. We used to think it speaks when you move the fishing pole, then we thought maybe throwing a coin into the fish’s mouth triggered it. Now it seems it’s just random. Does anyone know? 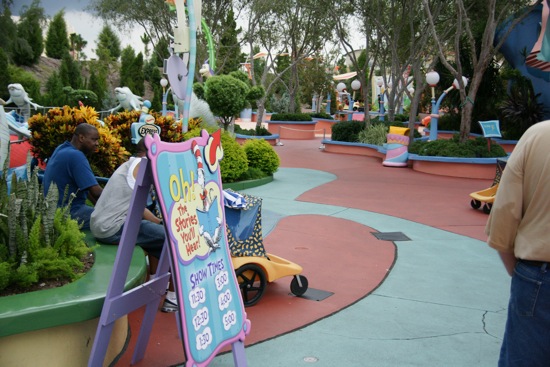 I didn’t get a chance to catch this new show, but it sounds neat. 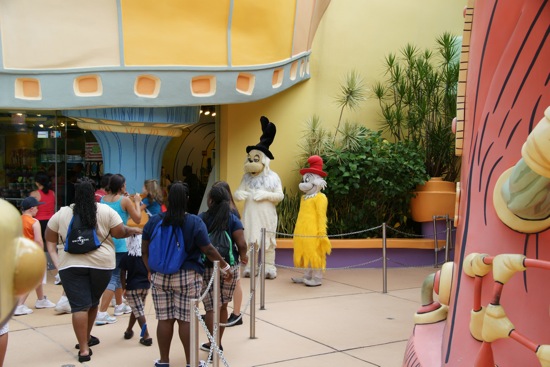 Some of the Seuss characters were out for meet and greets. More below. 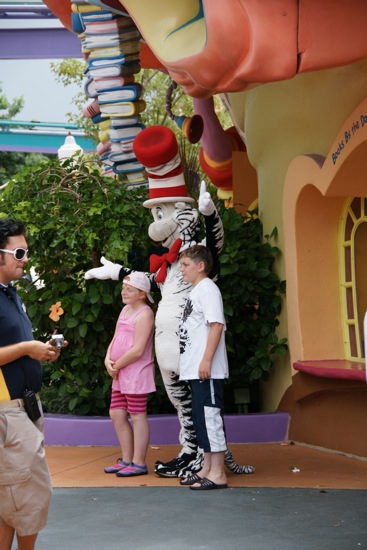 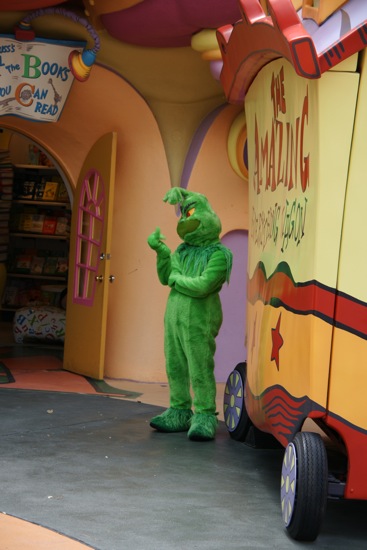 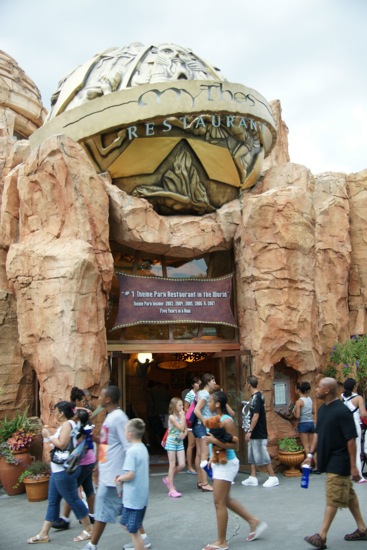 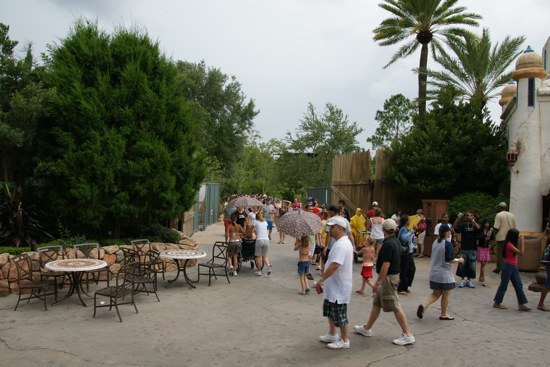 Because of construction of the new Wizarding World of Harry Potter area, this new bridge walkway was built to help guests bypass construction. The bridge is just past Poseidon’s Fury. It leads you to the side of the Jurassic Park Discovery Center. 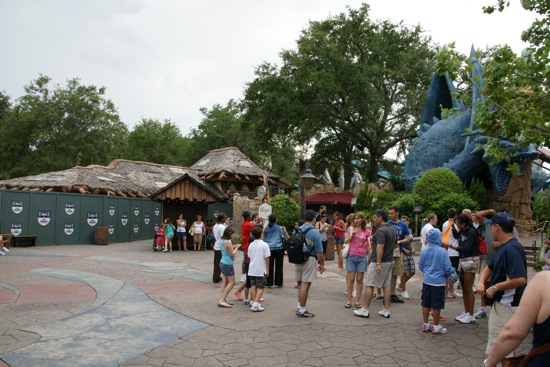 If you walk past the bridge, you can get as far as The Dueling Dragons coaster. This construction wall blocks off The Flying Unicorn coaster and The Enchanted Oak Tavern, which are both closed – probably to be rebranded for the Wizarding World. 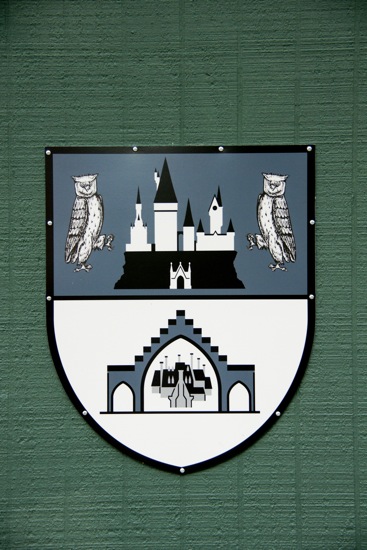 Here’s a closer look at the Harry Potter sign on the construction walls. 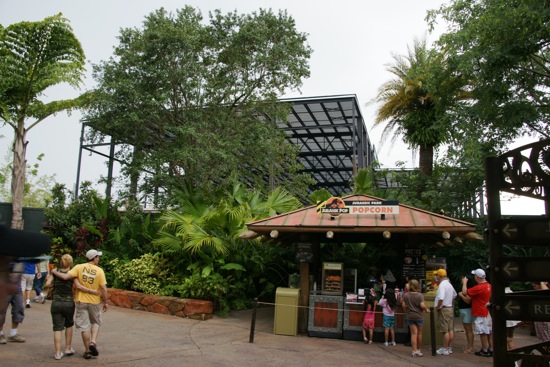 A look at the very large building (castle?) being constructed for the Harry Potter area. 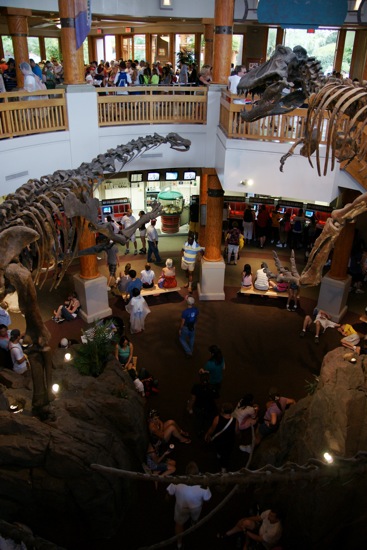 Just as I reached the Discovery Center, it started to rain. So it seems everyone piled in here. I couldn’t believe all of the people sitting and laying on the floor downstairs. 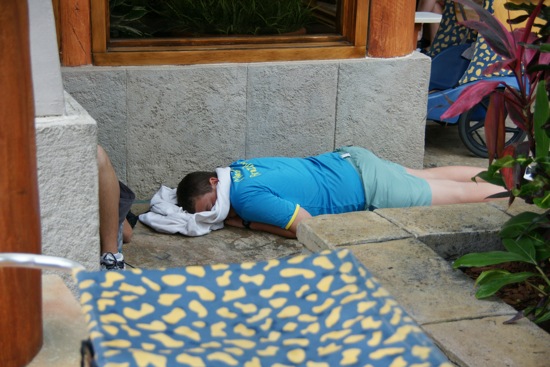 I wasn’t sure if this guy was asleep or dead. I’m guessing asleep (I hope) since his buddy was resting right next to him. 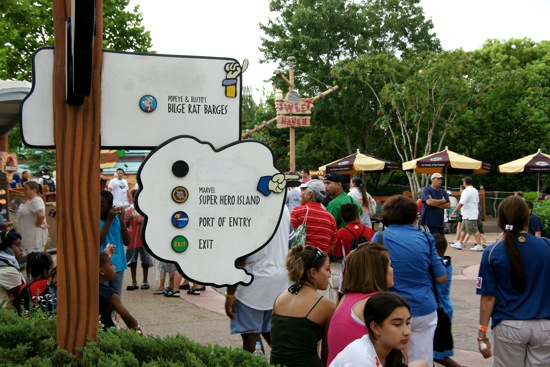 I noticed this sign in Toon Lagoon. You can tell something else used to be listed at the top, but what? 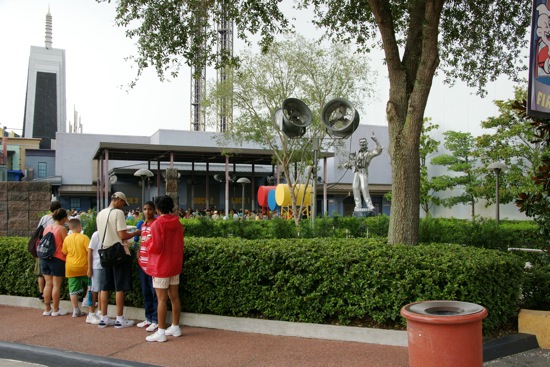 I was glad to see this J. Jonah Jamison statue near The Amazing Adventures of Spider-Man que was getting spruced up. It looks like they’ve shined him from the bottom up to the top of his pants so far. The statue is also a bit easier to see when walking by since some of the shrubs have been cut down. 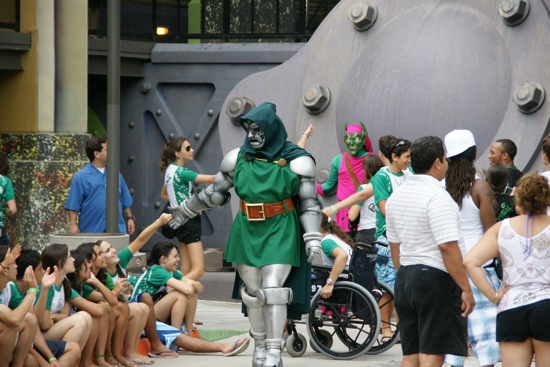 It’s nice to see some of the villains out instead of just the heros. Here’s a look at the Green Goblin and Dr. Doom, just outside of his ride. Notice the Brazilian tourists on the left. There were many of them in the park.

Attractions Magazine commercial, as seen on the Travel Channel

Be a friend to Attractions Magazine on MySpace

Ah, July. With dollar rates down, our tour groups are starting to return to the parks.