As an annual passholder, I was invited by Universal to take part in a focus group yesterday. I can’t tell you what we discussed, but I can tell you it wasn’t anything really exciting. After the survey was over, I took a stroll around the park to take these pictures. 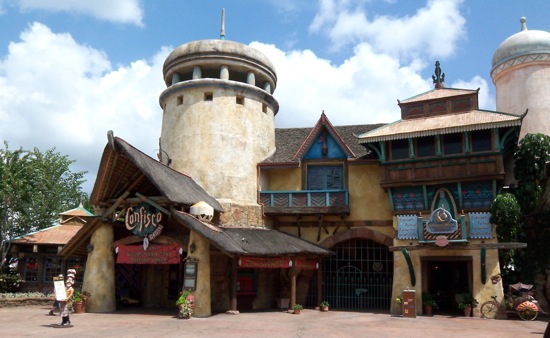 Our focus group took place in the Navigator’s Club, a private meeting area above Confisco Grille. There’s a small sign for the club by the iron gates, but I never really noticed it before. 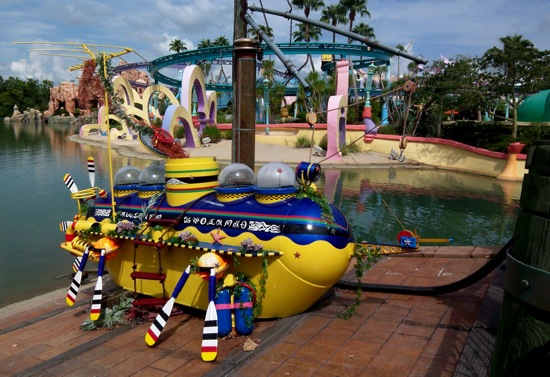 If you keep heading straight as you enter the park, you’ll come to the lagoon and this submarine. I’m not sure what it is or why it’s there, but it’s interesting. Anyone know anything about it? 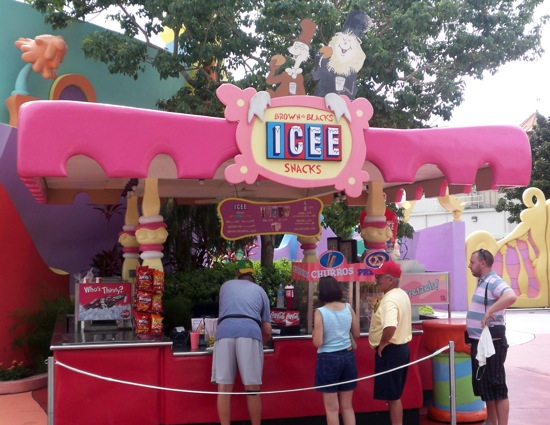 I don’t usually pay attention to the names of the various restaurants, stores and snack carts. I didn’t even realize some of them had names. Most of them are humorous. Here’s Brown & Black’s Icee Snacks in Suessville. 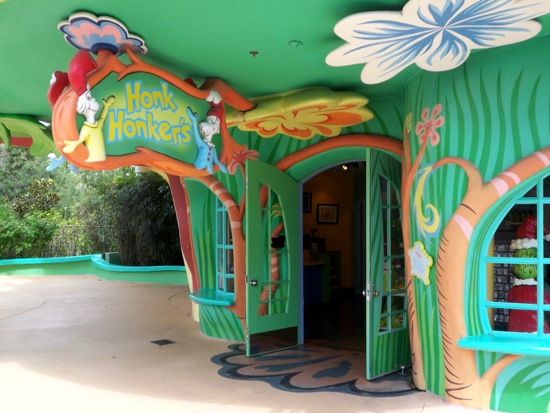 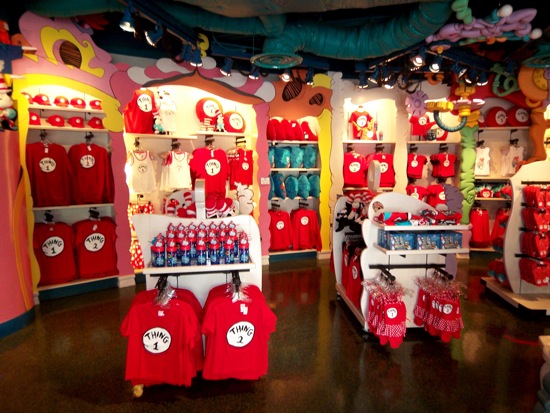 From my observation, the most popular Universal T-shirts worn in the Disney parks are the Thing 1 and Thing 2 shirts. Here’s a store full of them. 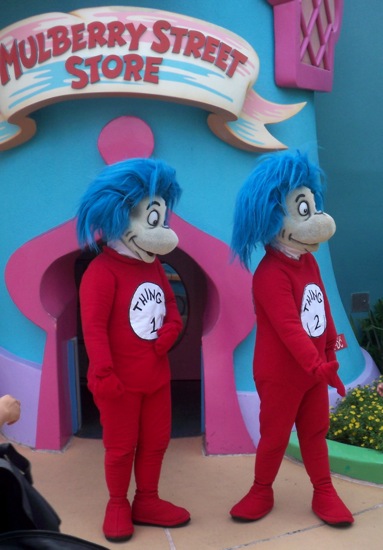 And here are the Things themselves. 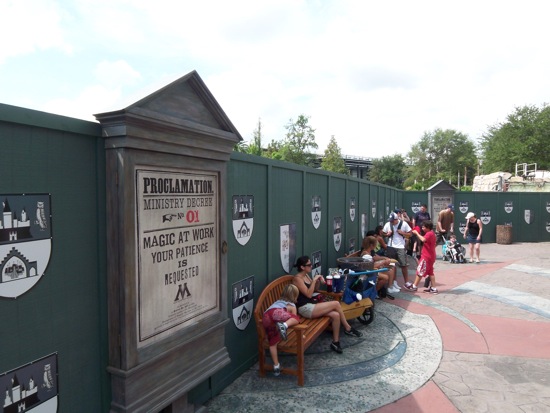 Next I headed into The Lost Continent for some Wizarding World of Harry Potter update pictures. The full text on the sign reads “Proclamation. Ministry Decree No. 01, Magic at work, your patience is requested. M – Ministry of Magic. As referred to in decree No. 157 of 1924 formerly known to the Ministerial Management of Magical Mayhem Act No. 792/B & subject to approval by the very important members of section M.I. Trx.”
I haven’t read the Potter books. Does this mean anything? 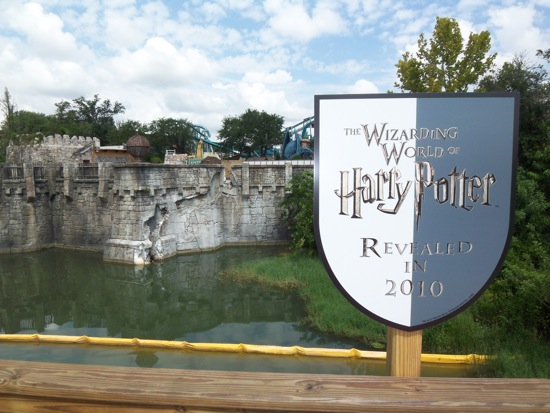 A view towards the former Enchanted Oak Tavern building from the new bridge. 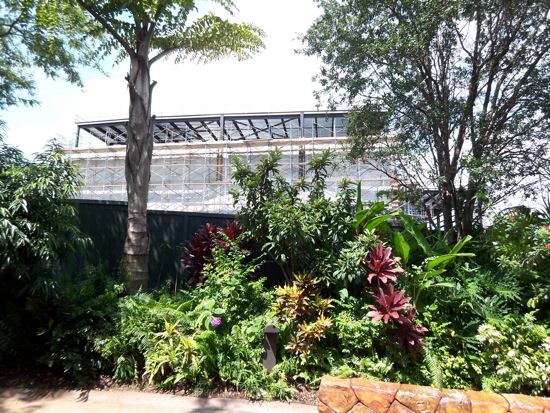 An updated look at the huge structure they’re building for the Wizarding World area. This was taken from the Jurassic Park area. 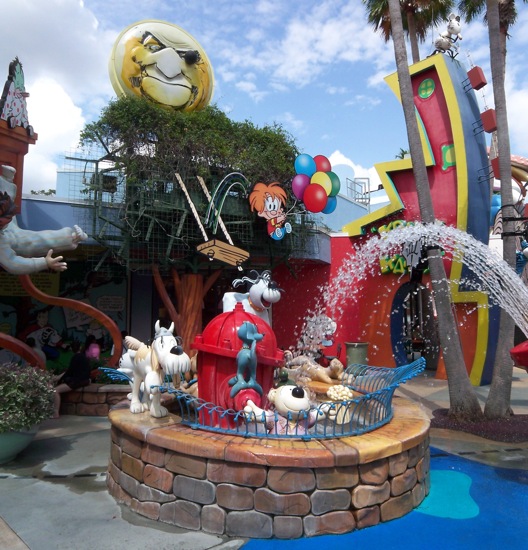 There’s a lot of bare fencing on this sign. Is a sign missing or have the plants just died? 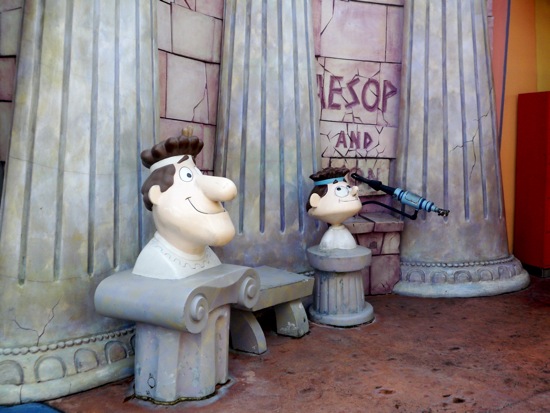 These guys are pretty scratched up and could use a paint job. 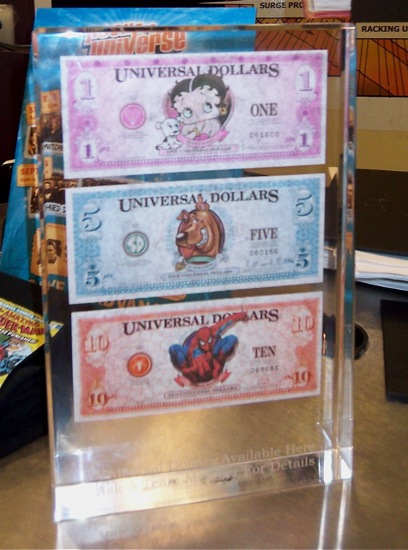 A look at some of the Universal money you can buy and use at the parks. 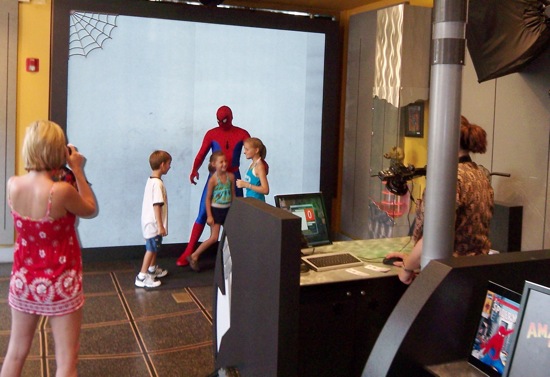 They had some cool looking comic covers you could get your picture with Spider-Man on in the Marvel Super Hero Island area. 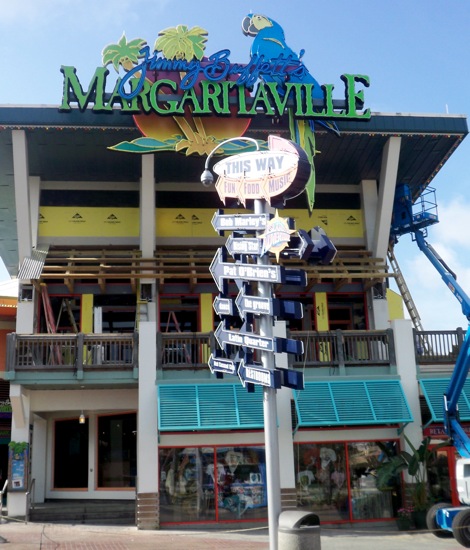 On my way out I noticed they were doing some work on the upstairs area of Jimmy Buffett’s Margaritaville in CityWalk.

The Ministry Decrees were used when the Ministry of Magic took over Hogwarts in “Order of Phoenix”, the 5th book. The Ministry represntative kept creating a new one, more absurd than the previous, in her efforts to “have order” in the school. 🙂

I was trying to remember what was said in that decree sign (didn’t bothered to take its picture then)! Thanks for sharing that!

I in fact am not a fan of the Yahoo Keywords and phrases instrument. Maybe I’m just silly, but I don’t seriously believe in a software simply handing me out key phrases to spend my income on, also if it does involve statistics. I would rather performing my own testing and research. The far more I think about these things myself, the far more strategies I’ll truly formulate on my own. The tool simply tends to make points too simple and stimulate me to get reckless with the budget.