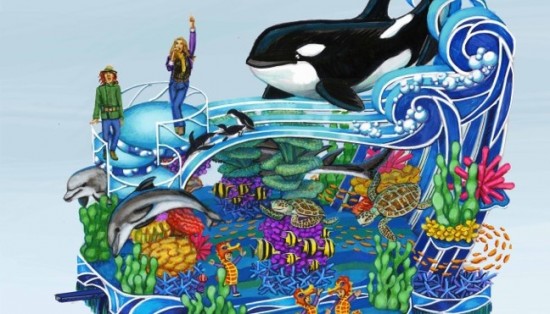 This Thanksgiving, SeaWorld will take to the streets of New York as their “A Sea of Surprises” float debuts in the 87th Annual Macy’s Thanksgiving Day Parade.

From sea turtles, penguins and angel fish to sharks and breaching whales, sea sculptures abound on the new float. Featuring ocean waves, the swaying kelp and a vibrant school of tropical fish, the scene will take spectators on an undersea journey. Taking center stage on the “A Sea of Surprises” float is the iconic Shamu, breaching 27-feet above the millions of parade spectators lining the streets of Manhattan.

“We are thrilled to debut our SeaWorld ‘A Sea of Surprises’ float in the Macy’s Thanksgiving Day Parade as a tribute to SeaWorld’s 50th celebration,” said Jim Atchison, president and CEO of SeaWorld Parks & Entertainment. “Next year the parks will commemorate this milestone with a year-long celebration at the three SeaWorld parks in San Diego, Orlando and San Antonio. We hope this festive float represents the fun, inspiration and surprises that guests will find during a visit to SeaWorld.”

“The magicians of Macy’s Parade Studio have outdone themselves yet again with the awe-inspiring and entertaining design of the new SeaWorld float,” said Amy Kule, executive producer of Macy’s Thanksgiving Day Parade. “With its diverse and majestic depictions of sea creatures transformed into larger-than-life form, the ‘A Sea of Surprises’ float is sure to inspire millions of children and adults to learn more about, appreciate and enjoy all forms of aquatic life.”

Beginning next March, SeaWorld celebrates its 50th year with surprises at all three parks that includes new interactive experiences, shows and up-close animal encounters throughout the park and the SeaWorld “Surprise Squad” treating guests with prizes and special experiences every day. For more information, visit www.SeaWorld.com/Celebration. 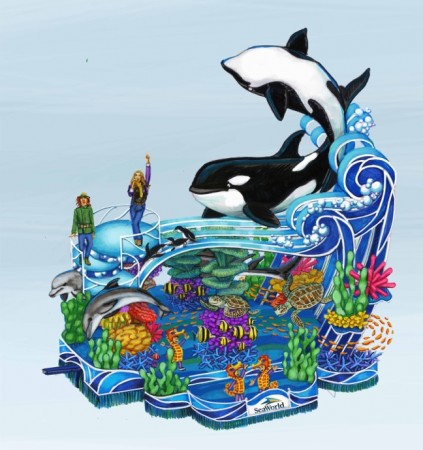 Buena Vista Suites completes a mini-renovation of their hotel