Another attraction at Disney’s Hollywood Studios is coming to an end, but this one will only be gone for a short time. 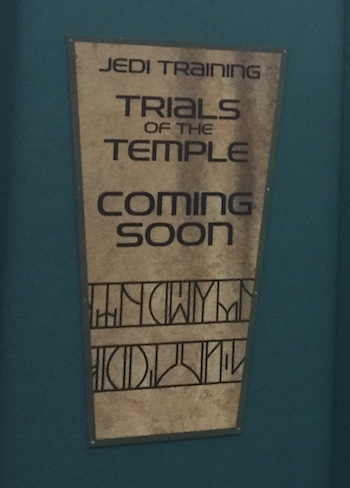 The Jedi Training Academy at Hollywood Studios ended its current run on Oct. 4. A reimagined version of the show called Jedi Training: Trials of the Temple will open in its place later this year featuring new characters and a new villain to battle from the Disney XD series “Star Wars Rebels.”

When it reopens, there will be a new set for young Padawans to don a Jedi robe, learn lightsaber skills and discover the ways of the Force. As always, children ages 4-12 will be invited to take part in the experience.

Take a look at a special one-day-only version of the current Jedi Training Academy below, when parents were able to join their kids: