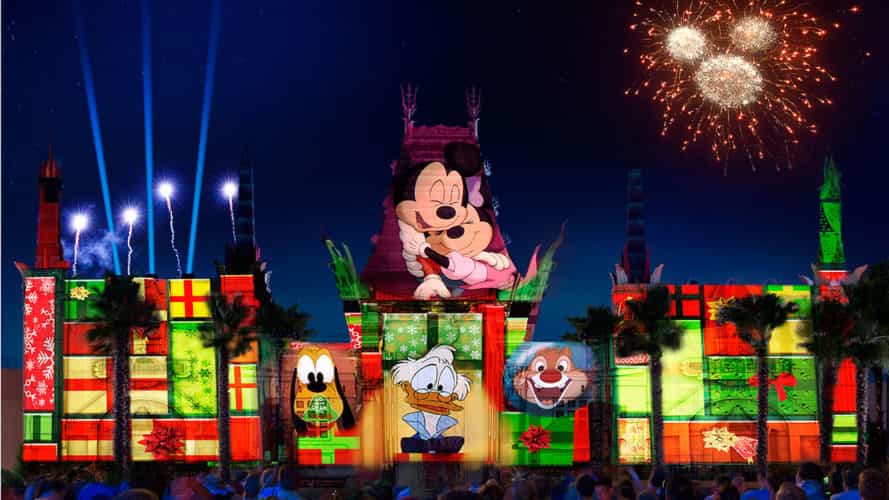 An all-new nighttime spectacular called Jingle Bell, Jingle BAM! is premiering at Disney’s Hollywood Studios on November 14, and will run through December 31 to celebrate the holiday season.

The façade of the DHS’s Chinese Theater will come alive with state-of-the-art projections and special effects, while fireworks and snow fill the sky above. Adding to the immersive experience will be a new musical score featuring familiar holiday tunes with an original twist.

The show’s storyline starts with a cranberry-red situation for elves Wayne and Lanny from ABC/Walt Disney Animation Studios’ animated special “Prep & Landing,” as the duo leads a team of Disney characters on a search-and-rescue mission for Santa, who must make it back to the North Pole in time for Christmas Eve. 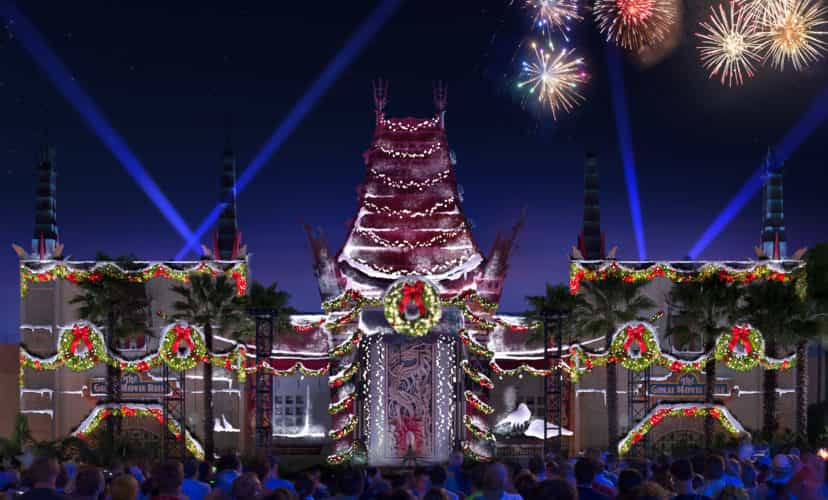 Jingle Bell, Jingle BAM! will bring together holiday moments from Disney films including “Mickey’s Christmas Carol,” “Beauty and the Beast,” “Pluto’s Christmas Tree,” “Bambi,” and Tim Burton’s “The Nightmare Before Christmas” – all building to a festive finale that’s “So tinsel!” A special message from Santa Claus will cap off the proeduction.

Guests may book a new dessert party that will be offered nightly during the show’s run. The Jingle Bell, Jingle BAM! Holiday Party features holiday inspired snacks, desserts and specialty beverages in the courtyard of the Chinese Theater. Each dessert party guest will get a pair of 3D HoloSpex glasses to use while watching the show. The glasses create spectacular holographic illusions of gingerbread men, candy canes, snowflakes and ornaments on any bright point of light. Beginning one hour before each performance of Jingle Bell, Jingle BAM!, the party is $69 for adults, and $39 for children, including all taxes and gratuities. 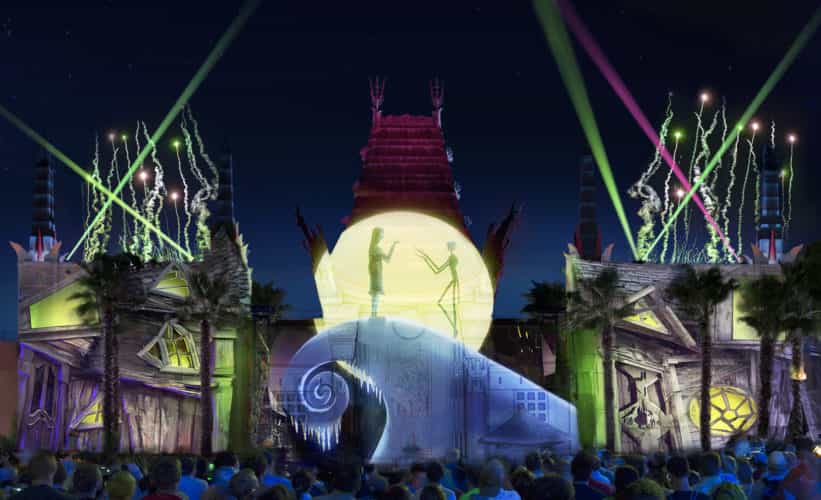 Additional holiday cheer at Disney’s Hollywood Studios will include a giant Christmas tree towers over the main entrance, holiday displays, and colorful garlands and lights sparkle. Also new for Disney’s Hollywood Studios in 2016, guests can share their wish list with Old St. Nick at the Once Upon a Time shop, a vintage setting along Sunset Boulevard. Santa will be making his list and checking it twice from November 14 through December 24. Santa Goofy will step in for Old Saint Nick when he returns to the North Pole December 25 through 31.

The Star Wars: A Galactic Spectacular fireworks show will take a temporary hiatus during the holidays, returning December 31 to ring in the new year. Also note that the fan-favorite Osborne Family Spectacle of Dancing Lights will not return to DHS this year, but you can relive its final moments with this video from January, 2016:

Praising the puppetry at the Disney Parks...