Universal Studios Hollywood has shared a new graphic, as well as new details for its upcoming attraction, “Jurassic World – The Ride,” which is set to open this summer. 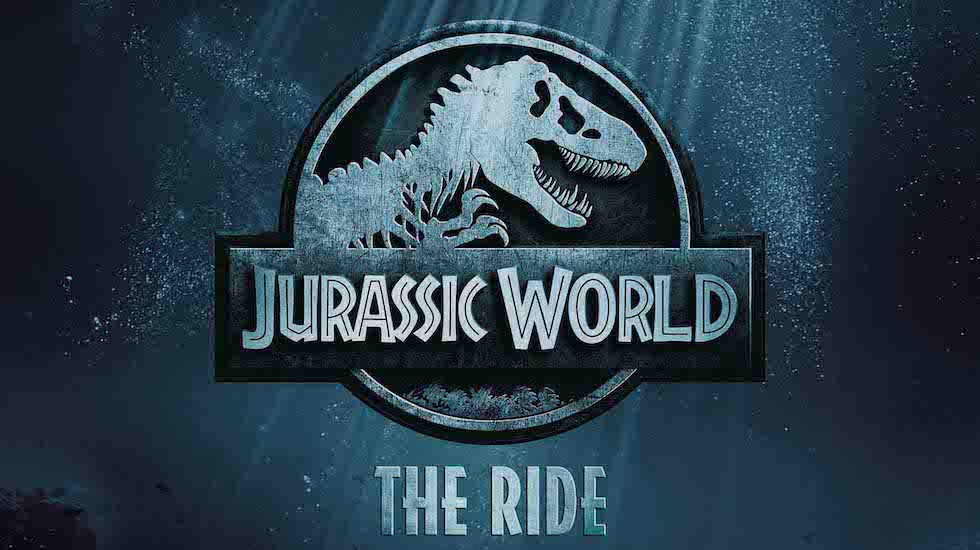 Jumping out of the silver screen and into the real world, this attraction will immerse guests into newly-themed environments and give new life to animatronic dinosaurs, including some new favorites from the “Jurassic World” films.

This ride is being reimagined under the direction of Universal Creative, the Academy Award-winning special effects team at Industrial Light & Magic, the brand stewards at Universal Pictures, and filmmakers Stephen Spielberg, Colin Trevorrow, and Frank Marshall. 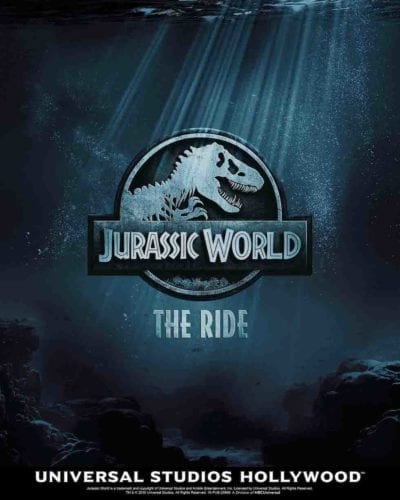 Our first look at “Jurassic World – The Ride.

Jurassic World – The Ride will introduce a new, original storyline that takes place within the thee park as shown in “Jurassic World.” The ride will feature new dinos from the film in lush scenery, and showcase “ground-breaking technology that has yet to be experienced within a theme park,” according to Universal.

The aesthetics of the attraction will be refreshed with a new entry statement, stonework landscaping and a contemporary redesign of the iconic pillars with flames that will support the “Jurassic World” marquee logo. Videos in the queue area will offer facts and information about the dinosaurs within the ride, as well as set the tone for the guests’ adventure ahead.

Once aboard the raft ride vehicle, guests will travel through dense vegetation and traverse new areas filled with dinosaurs. Guests will encounter docile creatures like the Stegosaurus and Parasaurolophus, as well as come face-to-face with predators like Velociraptors and the Dilophosaurus. But when the Tyrannosaurus rex begins to battle one of the attraction’s new dinosaurs, the rafts will plunge down an 84-foot waterfall to escape.

Located adjacent to the attraction will be a newly-themed Raptor Encounter, where Blue from “Jurassic World” and her beta Raptors will meet guests. A new, interactive “Dino Play” area will also be added to incorporate an educational offering for kids, where they can excavate and investigate giant dinosaur fossils.

To learn more about Universal Studios Hollywood’s other Jurassic offerings, and to purchase tickets, visit UniversalStudiosHollywood.com.

Holidays at Legoland Florida returns for the...