Two L.A. locals recently broke the ride record for “Jurassic Park – The Ride” – complete with a twist that one of them never saw coming! 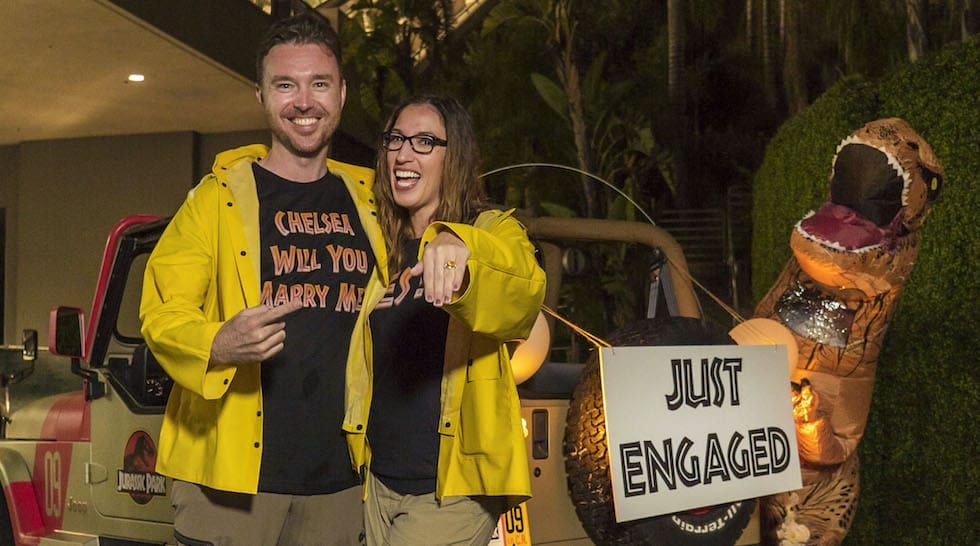 The happy couple celebrated their love with an epic proposal and a brand-new ride record!

Chelsea and Devin are local Los Angeles residents, who have made it a tradition to come to Universal Studios Hollywood every year for Chelsea’s birthday to ride “Jurassic Park – The Ride.”

When the couple heard that the attraction was set to close on Sept. 3 to make way for the upcoming Jurassic World ride in 2019, they were inspired to break the record for the highest number of rides. 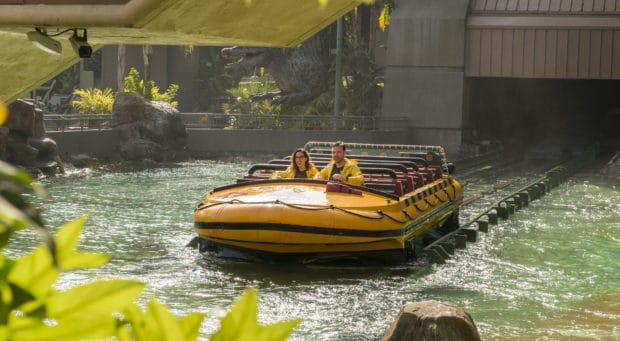 Chelsea and Devin rode an official 62 times on Tuesday, July 17 for a total of 13 hours – with just enough breaks for lunch and restroom trips. This broke the previous unofficial record reported by Buzzfeed in 2015, which was held by two best friends who rode “Jurassic Park – The Ride” 60 times.

What Chelsea didn’t know was that Devin had planned to pop the big question after they set the new ride record! 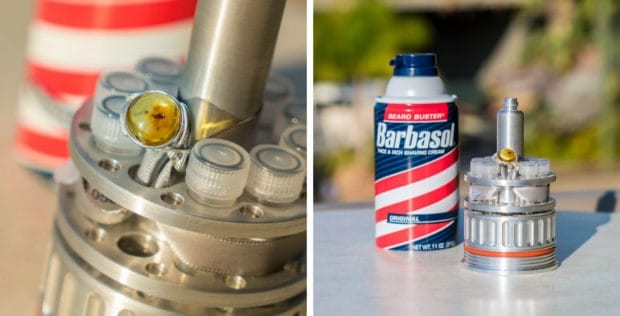 Devin proposed to Chelsea with a custom-made mosquito amber ring inspired by the amber rocks from the “Jurassic Park” films, and Universal Pictures even donated an official Barbasol can prop replica to help with the proposal.

You can watch their record-breaking experience, and the sweet proposal, below:

Congrats to the happy couple! “Jurassic Park – The Ride” closes forever on Sept. 3.