Justin Bieber, Ke$ha and others kick off the holiday season at Jingle Ball 2012 in Tampa 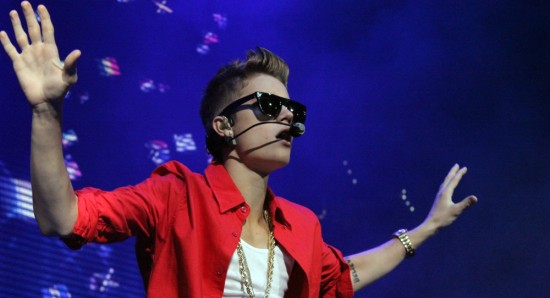 This past weekend, 18-year-old Justin Bieber headlined the sold out 933 FLZ Jingle Ball, a four-hour music palooza of what’s new and what’s hot. The concert also included performances by Ke$ha, Ed Sheeran, One Republic and others at a sold-out Tampa Bay Times Forum.

While there is way too much to put into one article, here are some highlights from the event: Indie British artist Ed Sheeran, known for his collaboration with Taylor Swift, whom he will be touring with next year, performed his hit single The A Team. Sheeran was followed by electronica artist Zedd who got the crowd up and dancing in the aisles.

After that, hit rock/pop band One Republic hit the stage with the crowd singing along to their hits such as, Secrets, Good Life and Feel Good. Then came Ke$ha, who performed six songs, from her hit break-out song, Tik Tok to her new radio hit, Die Young. Ke$ha rocked out on a guitar, danced with creepy background dancers. She brought a whole new level of fun to the concert.

Closing the concert was Bieber, who performed a 10-song set featuring new hits such as All Around the World and Beauty and a Beat, old hits such as Baby and holiday hits like Mistletoe and Christmas Love. His performance, which you can see many up-close photos of in our gallery below, wasn’t only about the songs, but he also brought confetti, CO2 cannons, fireworks, a full band, and dancers along with him making this the highlight of the night.

Earlier in the day, the Jingle Ball kicked off with the action-packed 93.3 FLZ’s Jingle Ball Pre-Show on the Plaza, the official pre-event celebration. The event included performances by fan favorites Bridgit Mendler, Austin Mahone and The Ready Set.

Check out our interviews with One Republic, Ed Sheeran, Bridgit Mendler and more along with a look at Ke$ha’s and Bieber’s performances below:

We were also on hand as the red carpet arrivals took place, so check out photos of all the performers in the photo gallery below:

933 FLZ’s Jingle Ball is a yearly event you don’t want to miss. You never know who will show up next year. Past performers have included Maroon 5, Pitbull, Demi Lovato and Jordin Sparks.

Elmo, Santa and Shamu will be a...

Stars in the Parks: No Doubt at...