Katsura Grill opens at Epcot, plus other park updates 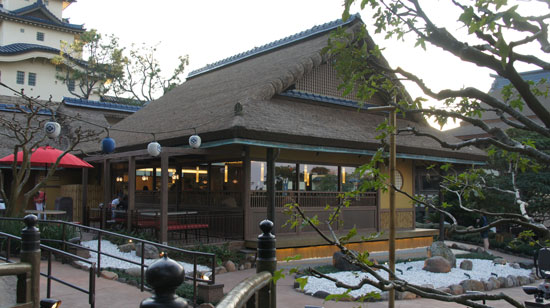 The Katsura Grill opened this week at the Japan pavilion, after a refurbishment that began in August. This used to be called Yakitori House. 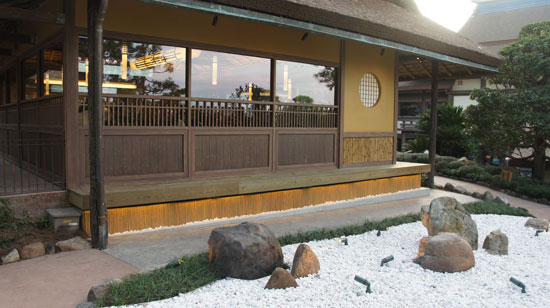 The new theme is the strolling gardens at the Katsura Imperial Villa outside Kyoto, Japan. In these photos the bright white rock looks like a dusting of snow. 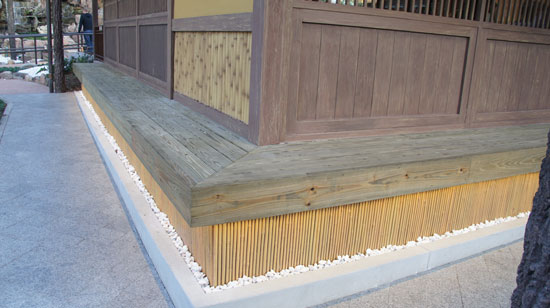 These exterior benches are a nice place to sit and enjoy the scenery. Note the thin line of white rock at the base of the building. 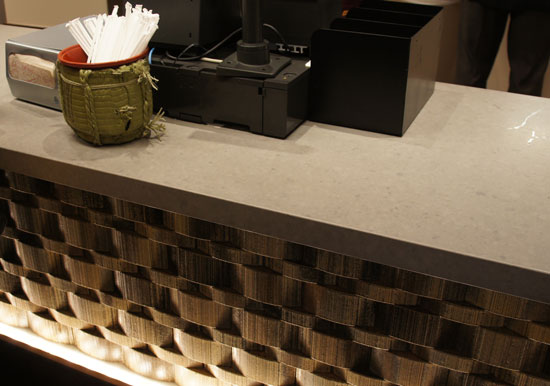 Details at the counter. 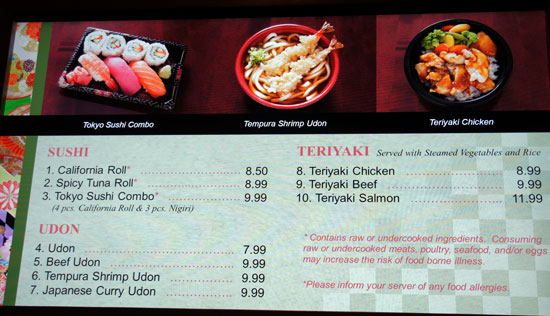 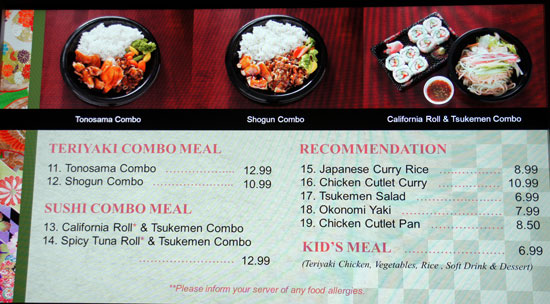 There’s a lot of interesting food for an annual passholder to sample on each visit to Epcot. 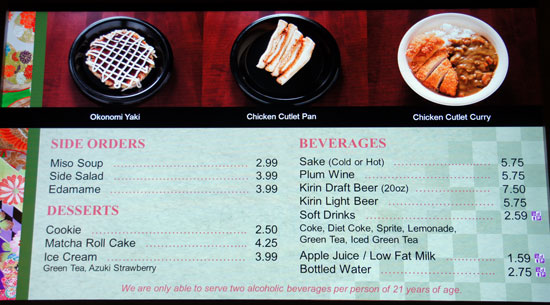 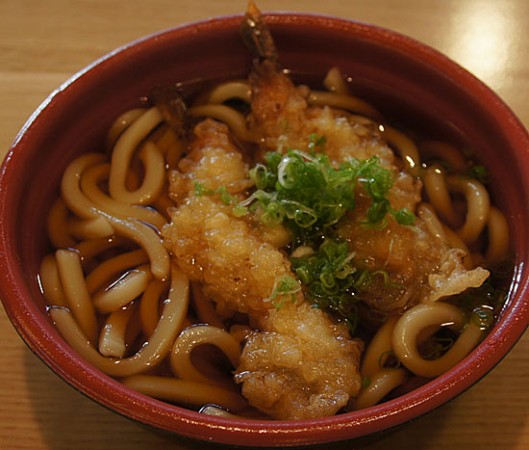 The Tempura Shrimp Udon was delicious. The batter on the shrimp soaked up the broth, and the combination was very good. 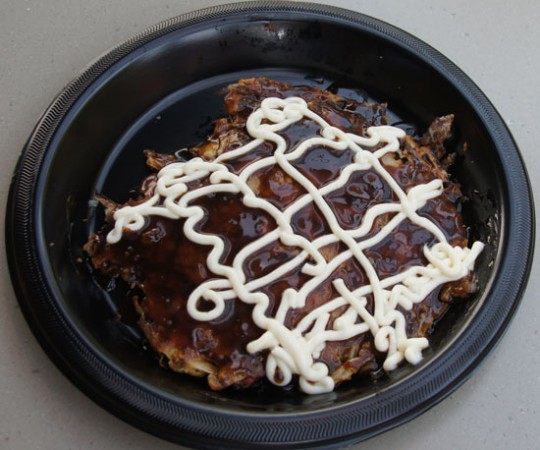 The Odonomi Yaki was a new dish for me. It was described as like a pancake, but it would be better compared to a potato pancake. It was a cabbage pancake, more or less. The white topping is a mayonnaise. The brown sauce was a good contrast to the mayonaisse. I liked it. It’s always interesting to try new foods. 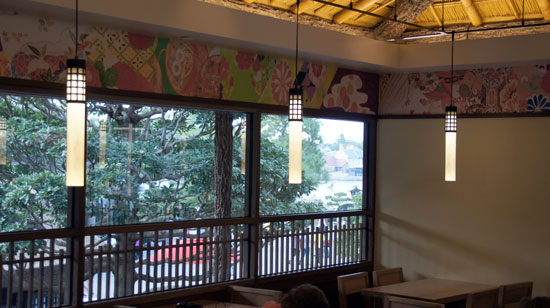 The inside seating area. 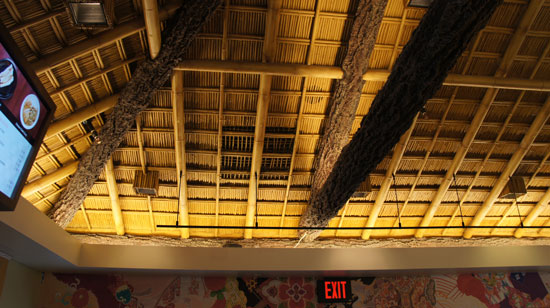 Here’s one of the details few guests will notice. See the deftly-hidden ventilation? 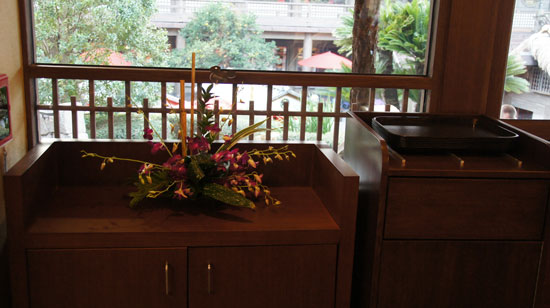 Beautiful flowers to make a last good impression as you bus your table and deposit your tray. 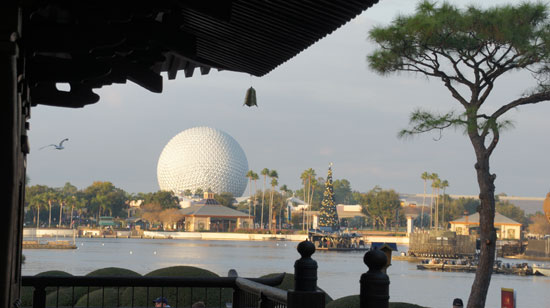 Now for some updates elsewhere in Epcot. 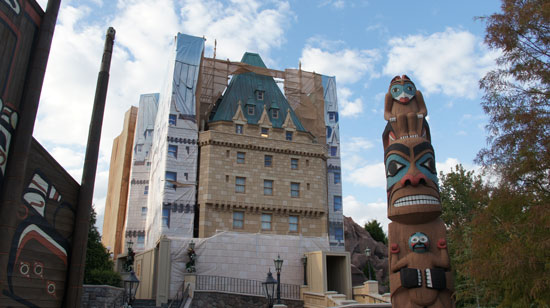 Canada is starting to emerge from its refurbishment. 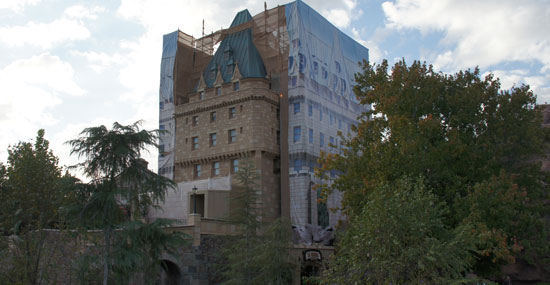 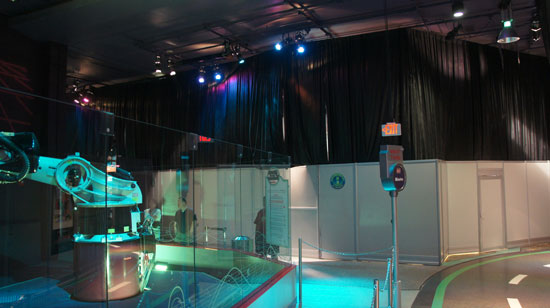 The house of the future exhibit in Innoventions closed this week for refurbishment and an update. 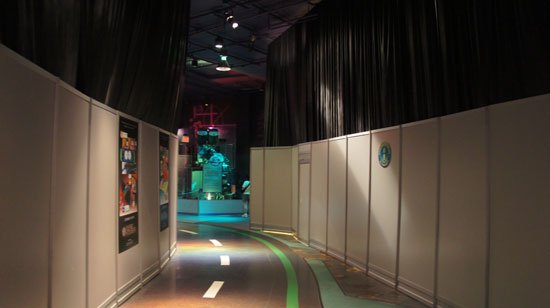 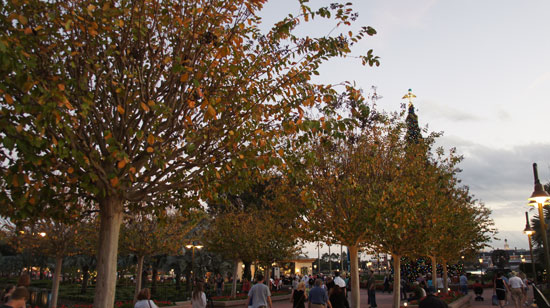 Fall color has reached Central Florida. These are crape myrtles. The Epcot Christmas tree is in the distance. 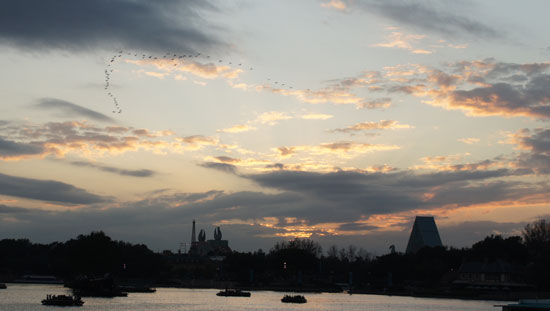 Tonight, wave after wave of birds flew west to east over the World Showcase Lagoon.

Every 60 to 90 seconds, another formation would fly the same route! 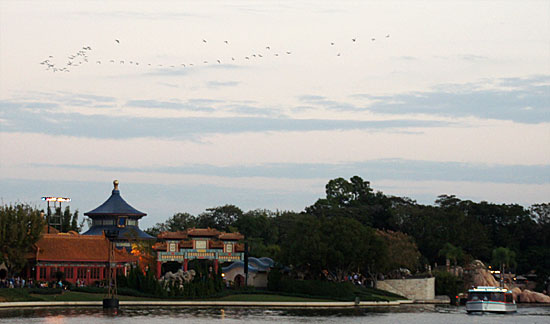 Kennedy Space Center celebrates its first ever ‘Holidays in Space’