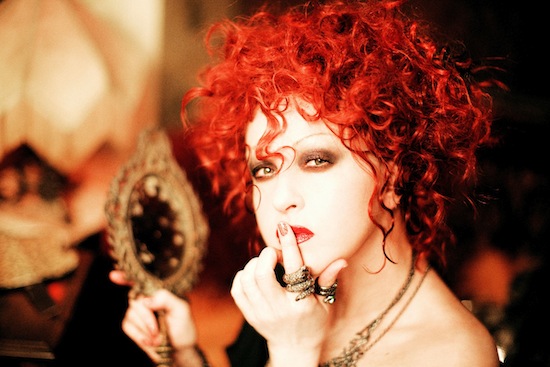 This year’s Mardi Gras celebration at Universal Studios is bringing some of the biggest names in music to Orlando. Besides the headliners, on Saturdays and select nights starting Feb. 11 through April 14, Mardi Gras includes New Orleans authentic food, a parade and bands.

Some of the headline artists performing on the Music Plaza Stage include Kelly Clarkson, Cyndi Lauper, B.o.B., Diana Ross, Boyz II Men, Big Time Rush and many others.

Before enjoying the live concerts, guests can experience all the fun and excitement of The Big Easy as Universal Studios Florida is transformed into a family-friendly version of New Orleans’ famed Mardi Gras event. Guests can dance along with street performers and collect beads by the handful as colorful floats wind down the street of Universal Studios during the Mardi Gras parade.

This year’s parade will take guests on a journey through the earth’s different ecosystems with elaborately themed floats including: bayous and swamps, rainforest, coral reefs, the deep blue sea and Polar Regions. Every year, the parade’s hand-crafted floats are built by Blaine Kern Artists – the same company that designs the floats for the Mardi Gras parade in New Orleans.

The heart of Mardi Gras is Universal Studios’ French Quarter Courtyard, where guests can groove to the soulful sounds of authentic New Orleans bands every night before the headliner concert. Since 2006, more than 20 bands have traveled straight from The Big Easy to Universal Orlando to perform Blues, Jazz and Zydeco music for partygoers – adding to the authenticity of Universal’s Mardi Gras celebration. The French Quarter also features delicious Cajun cuisine, including jambalaya, gumbo, beignets and much more.

The only person in that list who possibly deserves to be named before Cyndi is Diana.

Ice! returns to National Harbor with ‘A...