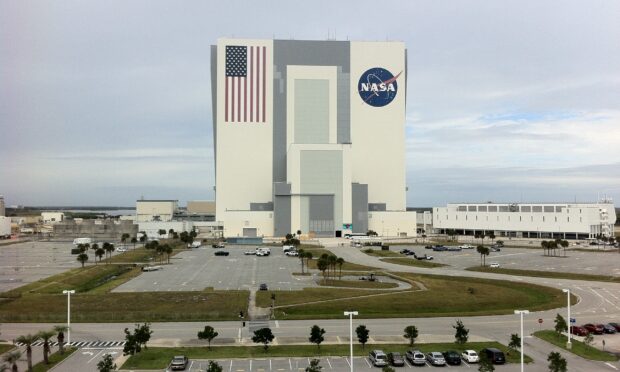 After a little more than two years, tours of the Vehicle Assembly Building (VAB) are being halted on Feb. 23 to allow for modifications needed while Kennedy Space Center is changing into a multi-user Spaceport and preparing for the Space Launch System.

The VAB tour is part of the KSC Up-Close Mega Tour that also takes visitors to Launch Pad 39-A. The Mega-Tour will also end on Feb. 23, but the Launch Pad and Launch Control Center (LCC) up-close tours are continuing at this time, although both are also subject to potential Kennedy Space Center efforts for SLS and commercial space programs.

“Kennedy Space Center Visitor Complex has been honored to give our guests rare access to the VAB for the past two years, yet we knew that the day would come when preparations for the SLS would take precedent,” said Therrin Protze, chief operating officer for the Visitor Complex. “Kennedy Space Center is an operating space program facility, and preparations for the next chapter in space exploration are the utmost priority, and we are very excited about the future.”

One of the largest single story buildings in the world, the VAB had been off limits to visitors for more than 30 years until the Up-Close tour was added in November 2011. For the first time since 1978, guests at Kennedy Space Center Visitor Complex have had the chance to disembark their tour buses and tour inside the VAB to see firsthand where monstrous vehicles were assembled for launch, from the very first Saturn V rocket in the late 1960s to the very last space shuttle, STS-135 Atlantis, in 2011.

See our report about the VAB tour in the video below: