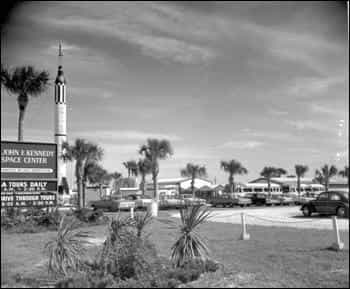 Kennedy Space Center and Cape Canaveral in Central Florida first opened their dedicated visitor center a half-century ago this month, on August 1, 1967. 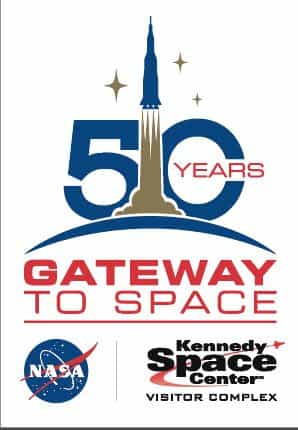 Following the success of Alan Shepard’s historic suborbital launch aboard NASA’s Mercury-Redstone 3 rocket on May 5, 1961, members of the press and public began traveling to Florida’s Cape Canaveral area to get a closer look at America’s growing space program. In 1963, Texas Congressman Olin Teague, Chairman of the House Subcommittee on Manned Space Flight, asked NASA Administrator James Webb to create a visitor program.

The result was a drive-through tour of what was then known as Cape Kennedy, now called Cape Canaveral Air Force Station. On Sunday afternoons from 1 to 4 p.m., the public could drive their own vehicles on a predetermined route that provided a glimpse of the launch pads and facilities. Despite the limited access, the tours proved immensely popular, with an estimated 100,000 visitors touring the cape between late 1963 to late 1964. 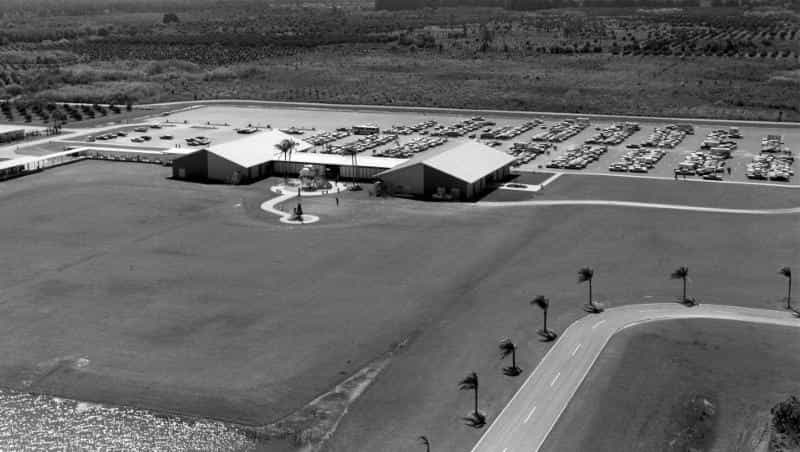 Kennedy Space Center before the Visitor Complex was completed.

Nearby Kennedy Space Center (KSC), which had been named for the late President John F. Kennedy shortly after his assassination in November 1963, began offering tours to the public in January 1965. Nearly 2,000 visitors came to KSC on its first day of tours, prompting the Spaceflight Committee to authorize $1.2 million for the creation of a visitor center at Kennedy Space Center.

NASA created a plan with help from the National Park Service to accommodate the waves of visitors, who were projected to reach 3.2 million by 1970. A Visitor Information Center (VIC), as well as a guided bus tour of the center and its operations, were included in the proposed programs, which would be operated by a private contracted concessionaire. While the Kennedy Space Center Visitor Complex was under construction, a temporary facility was established two miles south of Titusville on Highway 1, with basic basic support facilities for public bus tours which began on July 22, 1966. A reported 13,555 guests took the guided bus tour during its opening week, and nearly 100,000 visitors took it in its first three months, with 475,000 guests touring KSC and the Cape in the first year. 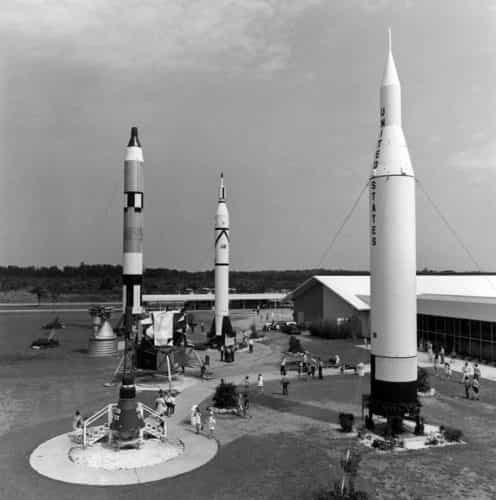 The Kennedy Space Center Visitor Complex was finally unveiled on August 1, 1967. It spanned 42 acres and featured examples of Mercury, Gemini, and Apollo hardware, as well as exhibits, two theaters, and concession and souvenir facilities housed within two main buildings.
Three days after the crew of Apollo 8 orbited the moon on Dec. 24, 1968, more than 10,000 visitors descended on the Center, and by 1969, the visitor center had become the second most attended attraction in the state of Florida, following Tampa’s Busch Gardens.

In the half-century since its opening, the Kennedy Space Center Visitor Complex has continued to grow and evolve with new attractions such as the Shuttle Launch Experience, the Space Shuttle Atlantis, and Heroes & Legends featuring the U.S. Astronaut Hall of Fame. The new Astronaut Training Experience (ATX) center is scheduled to open at the visitor complex in fall 2017. 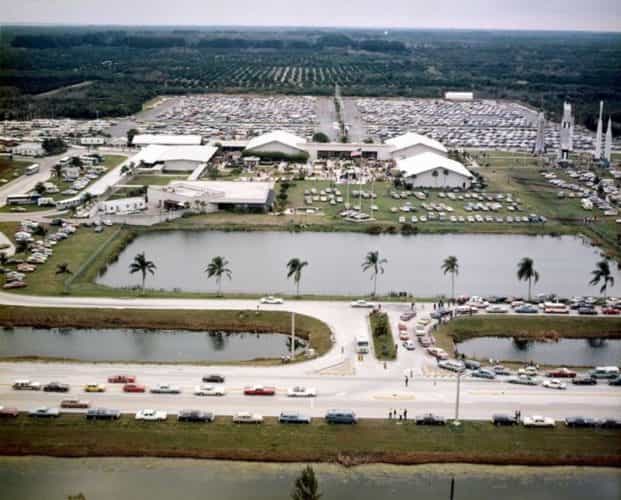 For more about the Kennedy Space Center, visit this website, and watch these videos: