Fellow Wilderness Explorers, listen up! The large and exotic bird best known as “Kevin” from Disney/Pixar’s “UP” is migrating from Paradise Falls to Disney’s Animal Kingdom. 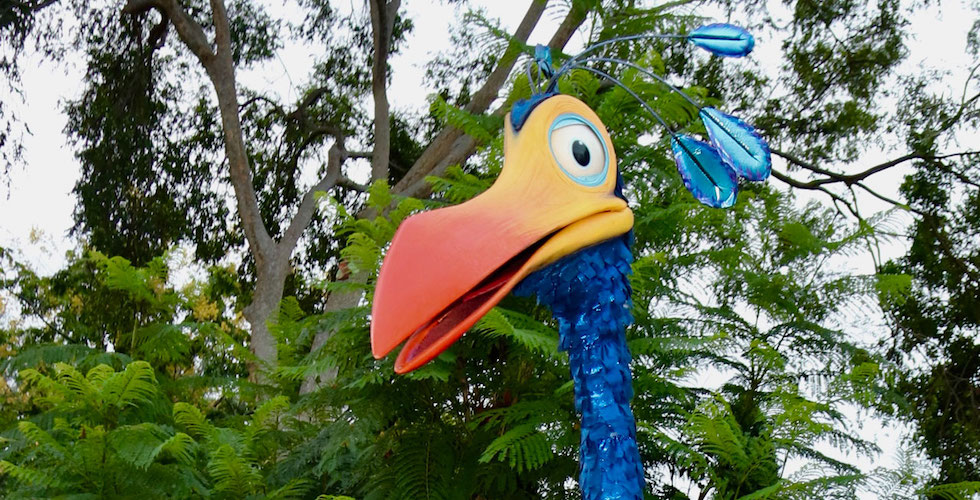 Guests will soon be able to meet Kevin when she arrives at Disney’s Animal Kingdom next month.

Guests can meet Kevin when she arrives at the park sometime in February. In the meantime, guests can see Senior Wilderness Explorer Russell and his canine friend Dug at Disney’s Animal Kingdom in the show “UP! A Great Bird Adventure” in the Anandapur Theatre. You can also visit them daily on Discovery Island.

Keep an eye out for Kevin, as you’ll never know when she flies in from Paradise Falls! To learn more about other Disney/Pixar character encounters at Walt Disney World, visit DisneyWorld.com.