In the Loop: Kings Island is saying R.I.P to one of its coasters

Rumor and announcement season is in full swing in the theme park world, and haunt season is also well underway at many parks. Kings Island, near Cincinnati, Ohio, has seized the opportunity to start their own rumor mill, by revealing that a coaster would be closing for good this October, during their Halloween Haunt event. 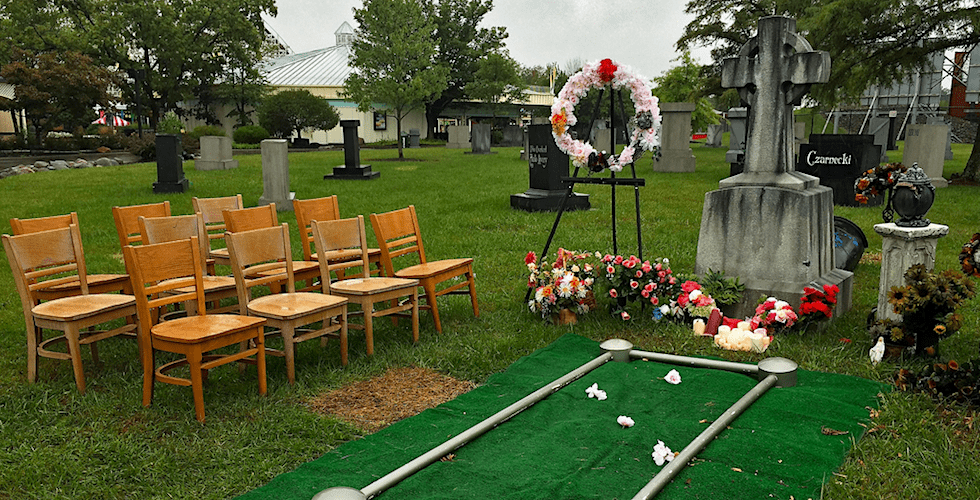 While attending the media event for opening night, Chad Showalter, director of communications for Kings Island, suggested I visit the “old attractions graveyard” area that pays tribute to the long-gone attractions of yesteryear.

In the area, a macabre grave site can be seen, ready to accept its new “occupant.” A posted sign near the site reads, “The air is eerily calm as we make final preparations for the ill-fated demise of one of our own. R.I.P. 10/28/2018.”

The park made no comment about the gravesite until the following Monday when it confirmed that one of its 16 roller coasters would close on Oct. 28, the end of the Halloween season. No date for an official announcement was made other than to say it would be “this week.”

This begs two questions: Which coaster is passing on? And, what will replace it? There are several candidates for this dubious distinction.

For years, I cannot tell you how many Kings Island employees told me that the “Vortex” would be closing. This once-innovative steel 6-looper has seen better days. Some of my coaster fanatic children won’t ride it, due to its roughness and that their ears get beaten up in the restraints. 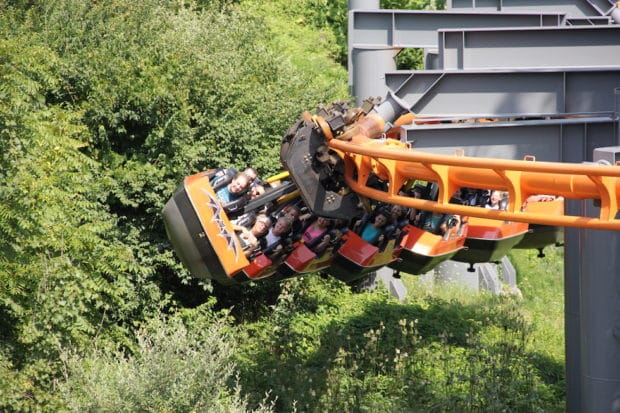 “The Bat,” formerly “Top Gun” in the park’s Paramount days, is an inverted coaster, with the track on top of the train. We often complain that you have to be committed if you want to ride it. It’s in a far corner of the park and the queue is excessively long – harkening back to its early days when the coaster was a top draw.

The closest ride to it is “The Banshee,” a modern-day, inverted coaster that I describe as a “perfect” invert built into the southern Ohio countryside, with the elements nicely spaced and thrilling start to finish. “The Bat” is not. 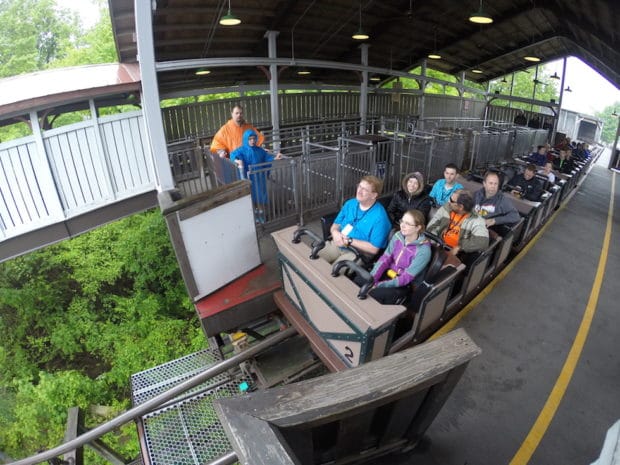 The “Adventure Express” is a classic mine ride coaster that famously, or infamously, has an anticlimactic ending. As the train climbs the final lift hill, guests are surrounded by dim lighting and animatronic statues beating their fists. Riders are then sent into the station, and the ride is done. “Adventure Express” is almost always a walk-on. It is considered a classic, so perhaps replacement parts may be getting harder to come by, which would make maintenance a chore.

My personal hunch as to what coaster will soon close is the steel flying coaster, “Firehawk.” I admittedly don’t like the flying coasters. When I ride them, I feel as though I’m about to fall to my death, despite the multitude of safety restraints. Personal bias aside, this ride has also seen better days. If it does stick around, it certainly could use a fresh coat of paint.

“Firehawk” is also not a Kings Island original. It formerly resided at Geauga Lake, before the park was closed by Cedar Fair. There are plenty of flying coaster fans out there, but this style has never been a must-have in parks with a large number of coasters.

As for what will replace the deceased roller coaster? Well, no one said the coaster would be “replaced.” If it is replaced, no one has said that a coaster would replace another coaster. The theme park community online would have us believe that a large steel coaster is coming, but this is anyone’s guess.

To go along with my other hunch, though: if “Dinosaurs Alive” is closed and “Firehawk” closes, there would be plenty of room for such a coaster back behind “The Racer.”

What do you think? Let us know in the comments below which Kings Island coaster you think will R.I.P.

To learn more about Kings Island and their other offerings, as well as their Halloween Haunt event, head to VisitKingsIsland.com.