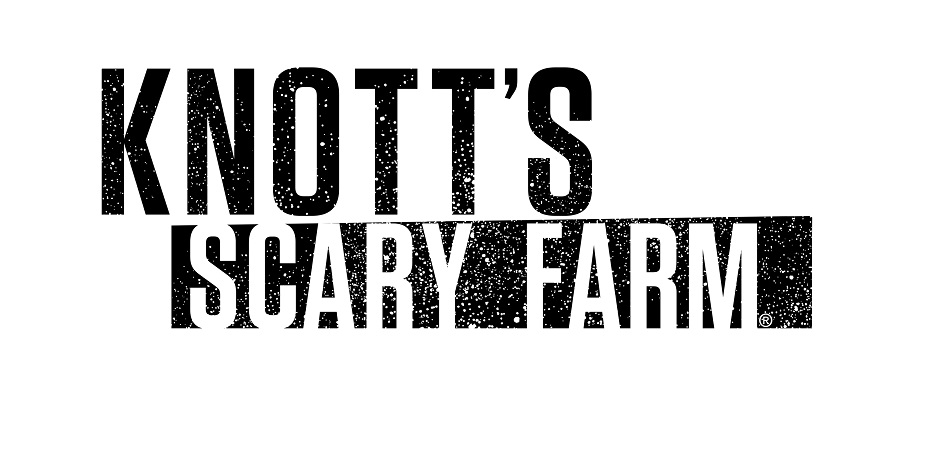 Knott’s Scary Farm has announced the 13 haunted attractions, including 4 all-new experiences, featured at this year’s event.

Knott’s Scary Farm, the popular Halloween event at Knott’s Berry Farm in Southern California, has unveiled the 13 haunted attractions — including four all-new experiences– that will be featured when the event returns for 24 select nights between September 22 and October 31.

Black Ops: Infected (New for 2016): Armed with laser guns, guests will face off against hordes of zombies in the all-new Black Ops: Infected interactive maze. Small units of guests will battle the zombie apocalypse through blood soaked city streets and an underground sewer system crawling with nearly one hundred ravenous zombies. The high tech experience thrusts guests into the middle of a live-action video game complete with live actors, real time scoring system, kill streak rewards system and interactive targets, including a juggernaut boss zombie. The new attraction is one of the largest mazes ever created in Knott’s Scary Farm history.

Shadow Lands (New for 2016): Enter the hair-raising Shadow Lands maze and fight off demon samurais whose souls are cursed to rot within the depths of purgatory. Guests will embark on a quest through a sacred shrine, an ancient Japanese temple and into the midst of the shadow lands. 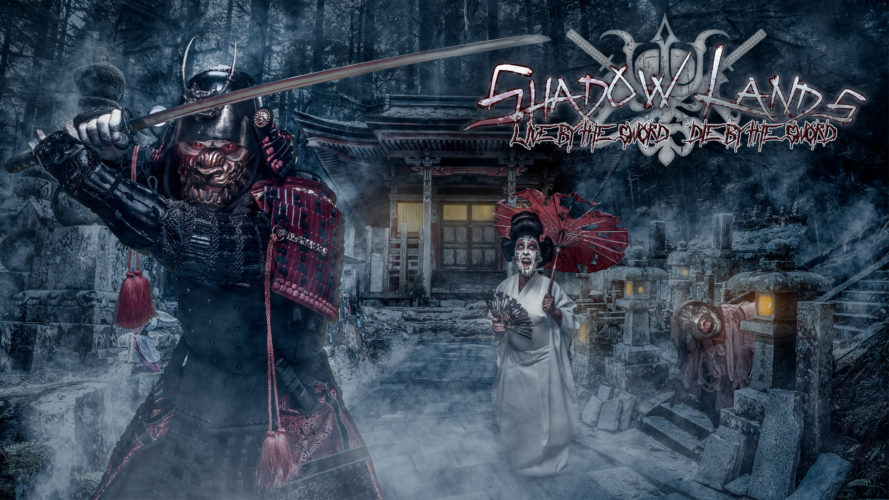 Red Barn (New for 2016): Take a trip to a blood-soaked barn filled with carnivorous animals seeking to prey on human flesh in the Red Barn gore maze. Legend has it the farmer who owns the barn was transformed into a heinous creature that sends his sadistic sons to ensure his legacy.

The Hollow (New for 2016): From within the fog, the legendary Headless Horseman and his army of the undead are ready to unleash a reign of terror in the new scare zone, The Hollow. Guests entering the 6-acre area will be terrorized by the souls of fallen soldiers and local farmers that have escaped their shallow graves. 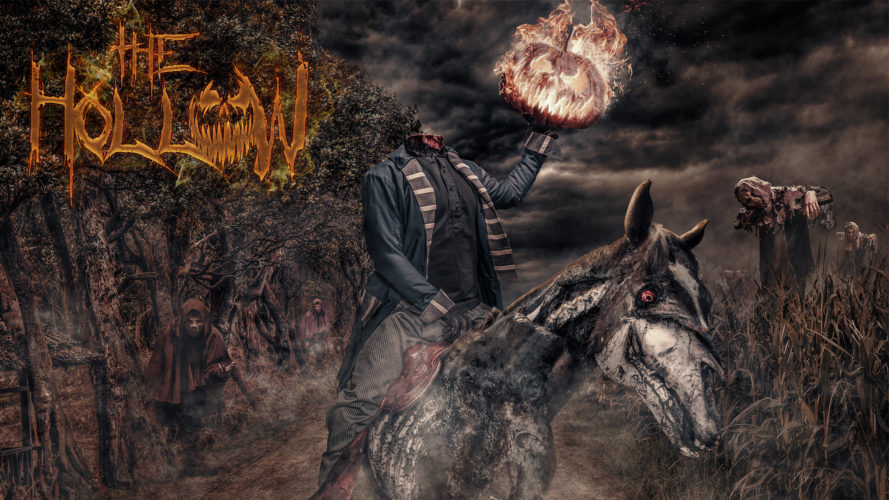 Standalone Skeleton Key Rooms (New for 2016): For the first time, Knott’s Scary Farm will feature standalone Skeleton Key Rooms that are independent from mazes. The four Skeleton Key Rooms will each feature a unique story and theme delivering scares and interactive secrets:
Visions: Guests must investigate the Green Witch Museum in Ghost Town where it is not the building that is haunted, but the various items contained within. Using a Phantom Finder augmented reality device, guests will be able to identify and witness paranormal activity connected to items from the Sarah Marshall Witch Trial.
ZOZO: People from all over the world claim to have been visited by the demon ZOZO after a spirit board session. Is the demonic entity known as ZOZO real or are spirit boards just a myth?
Slasher: Guests are invited to step into an 80s’ slasher horror film. The masked Angel Maker Killer is on the loose. Every lead has run cold and that’s when you step into the picture. Will you become his next victim?
Prey: Navigate a hay maze full of dead ends with only a faulty lantern as your guide. You are not alone. Mutant beasts are lurking around every corner.

PARANORMAL, INC. – The Haunting of Hayden Hill: Last year’s Paranormal Inc. maze will return to Knott’s Scary Farm this year. Featuring high flying aerial stunts and scares, guests investigate a haunted hospital where the patients were tortured for decades by deranged doctors and nurses. Demonic spirits of the murdered victims have been detected throughout the mysterious halls, while evil medical staff prowl for new patients to torture.

The Dead of Winter – Wendigo’s Revenge: Deep in the frozen tundra, the realm of a treacherous snow queen has been usurped by her evil minion, the horrific wendigo. She may be dead, but her evil spell hasn’t been lifted: The dead cannibals have risen from their snowy graves as hungry creatures feast on the surrounding villages. During the chaos, the queen’s prized possession, the horrific wendigo, has seized control of her throne, ready to prey upon any unsuspecting visitors who enter the borders of its icy domain.

Trick-or-Treat: Take a brave step forward and ring the witch’s doorbell…trick or treat, which will it be? After surviving her grisly welcome, wander into the Green Witch’s never before seen potion room and bewitched attic. But don’t leave too soon; you’re the special guest at the Green Witch’s deadly dinner party where she and her menacing Tricksters await your arrival.

The Tooth Fairy: This twisted tooth fairy steals more than just baby teeth as he drags his victims out their bedroom window and into a world of deranged dentistry. Special effects include a blackout room through which guests must feel their way out, a disorienting x-ray strobe light room, and a final encounter with the massive tooth fairy, himself.

Voodoo – Order of the Serpent: The haunting legend of Papa Legba continues as guests follow him on his foreboding journey to conjure the serpent demon goddess in the outskirts of New Orleans. Trudge cautiously through the cursed swamps of the Deep South, where creatures search the murky bogs for their next bloody sacrifice and demons curse the innocent with Voodoo hexes.

The Gunslinger’s Grave: A Blood Moon Rises: Deadly howls and a full blood moon mark your impending doom as werewolves overrun the crime stricken old west town. Walk in the bloody footsteps of a betrayed and left for dead gunslinger on his path of retribution against the Skinwalkers.

The Deadly 7, a sadistic crew of terrifying monsters representing each of the seven deadly sins, return to the fog of Knott’s Scary Farm this year. Together they prowl the darkest corners of Scary Farm’s midways and scare zones serving their master, The Green Witch.

The Hanging: Finding Gory: A live stage show in Calico Square irreverently looks back at the year’s pop culture with killer comedy. Notorious for its special effects, pyrotechnics and high-flying stunts, The Hanging is a no-holds-barred assault on pop culture’s most infamous moments of the past year.

160 Acres of Scare Zones: Every night monsters spill out onto the streets and turn theme park midways into murderous scare zones.
•Ghost Town Streets is the original and largest scare zone that started it all. Bands of half-human, half-animal monsters prowl the streets and inhabit the fog, while the notoriously startling sliders, lunge from every fog-filled corner of the land.
•Fiesta De Los Muertos fuses dance music, colorful costumes, and larger than life stilt walkers in a dance party scare zone celebration of Dia de los Muertos.
•On the Boardwalk, clowns crave your undying attention in the CarnEVIL scare zone.
•New this season, the Hollow scare zone will terrorize guests as the ominous Headless horseman prowls the fog-filled streets along with his army of the undead, treacherously blending into the shadowy night as they frighten all whom they encounter.

The Knott’s Scary Farm Pass returns in 2016 and offers unlimited visits to all 24 event nights. Current 2016 Knott’s Berry Farm Season Passholders can purchase the pass at the limited time price of $75, now through Sept. 18 (while supplies last, plus applicable fees); the general public can purchase the pass for $85, now through Sept. 18 (while supplies last, plus fees). All Season Long Parking is valid for Knott’s Scary Farm nights.

Single night tickets are $40 – $52 depending on the event night when purchased online (plus applicable fees). Knott’s Season Passholders receive discounts on single night Knott’s Scary Farm 2016 tickets when purchasing online. Tickets purchased at least 24 hours in advance at the theme park ticket booths are $49 for all nights, and day-of-event tickets purchased at the ticket booths are $72.

Boo-fet dinner at Mrs. Knott’s Chicken Dinner Restaurant and Spurs Chophouse invites guests to feed before Knott’s Scary Farm opens each night. Meals include a collectible 2016 souvenir cup, which includes unlimited complimentary refills on the event night and $0.99 refills for the rest of the 2016 season. After dinner, enjoy early entry into Knott’s Scary Farm a few minutes before it opens to other mortals. Boo-fet dinner is $27.99 +tax when purchased online and $32.99 +tax when purchased at the door. (Separate theme park admission required, and not included).

Shanghai Disneyland has its first expansion with Tron Realm