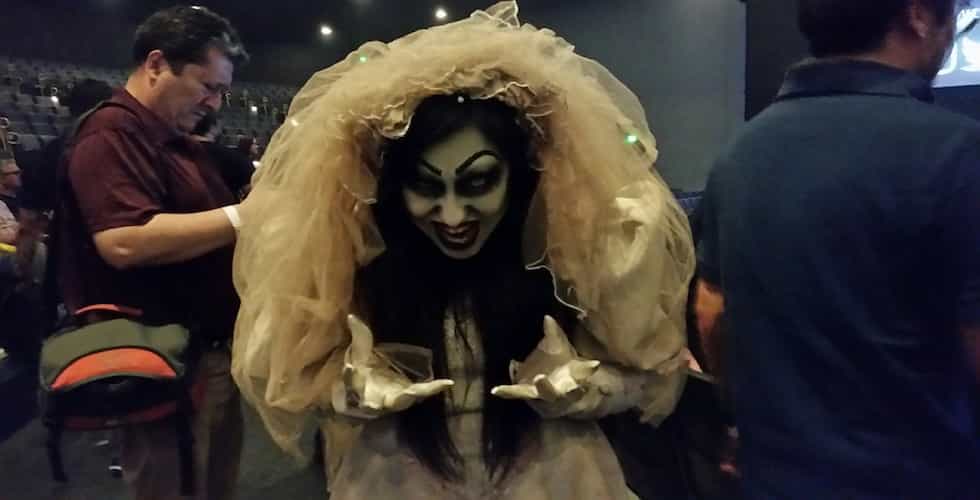 Southern California’s Halloween haunt event, Knott’s Scary Farm, returns for its 45th season with 13 themed mazes and the return of Elvira, Mistress of the Dark for her last performance at Scary Farm with an all-new show.

Running for 25 nights from Sept. 21 through Oct. 31, this year’s Knott’s Scary Farm will include three brand-new haunted attractions:

Returning for her final year at Knott’s Scary Farm is Elvira, in her brand new farewell show, “Elvira: Mistress of the Dark.” This show will celebrate the Queen of Halloween’s comedy-horror film, filled with dancing, musical numbers and plenty of laughs. Other returning attractions include:

Knott’s Scary Farm will have more than just mazes, thanks to the four scare zones that make sure guests have nowhere to hide.

Ghost Town Streets, the original and largest zone, will be filled with half-human, half-animal monsters that prowl the streets. Fiesta De Los Muertos will feature colorful costumes and stilt walkers. CarnEVIL rules the streets in the Boardwalk, filled with terrifying clowns. For the second year, The Hollow scare zone returns as guests find themselves among three covens of witches and their legions of the undead.

For more information on Knott’s Scary Farm, and to purchase tickets, visit KnottsScaryFarm.com.