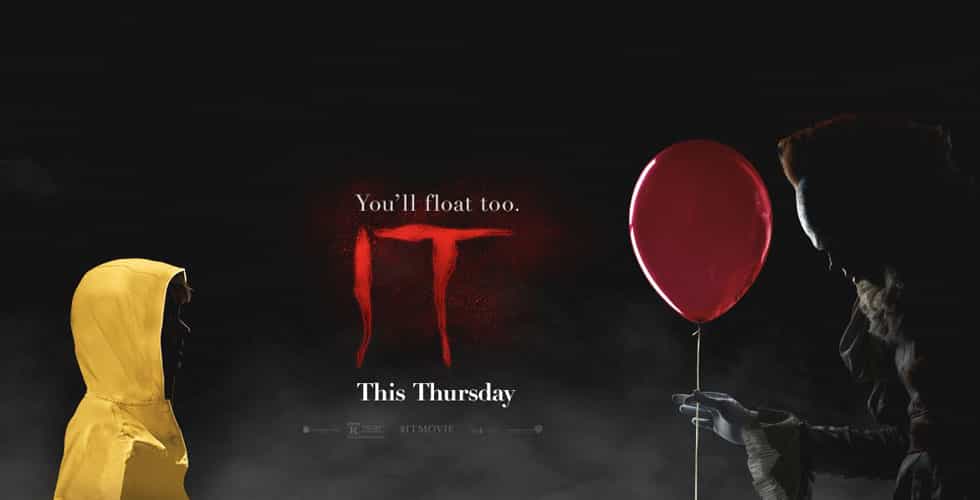 You’ll float too as you embark on this 1980s adventure into the sewers. Follow along as these seven children try to figure out why kids keep disappearing from the town of Derry, Maine.

Pennywise, AKA IT, returns in this rebooted film, seeking children to feed his hunger before his next 27 year hibernation. The movie begins with Georgie meeting Pennywise at a sewer grate. Trust and curiosity cause Georgie to get too close to the clown, when Pennywise reveals his true demonic nature. 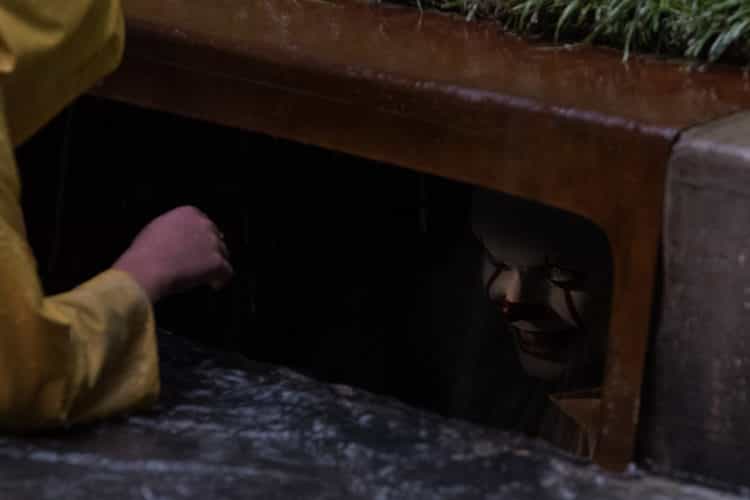 Georgie talks to Pennywise after his boat slips into the sewer grate.

Throughout the beginning of the film, we learn the backstories of every kid, and most importantly, their biggest fear. Pennywise uses this fear to transform into what they are most afraid of. Days and weeks go by in the film, and slowly, more and more children start to vanish.

Bill, who is constantly plagued with the thought of his dead brother, tries to convince his dad where Georgie’s body went. His obsession with his brother’s whereabouts is the driving force to pursue IT. In fact, IT uses Georgie’s body to try to convince Bill to come to the sewers. 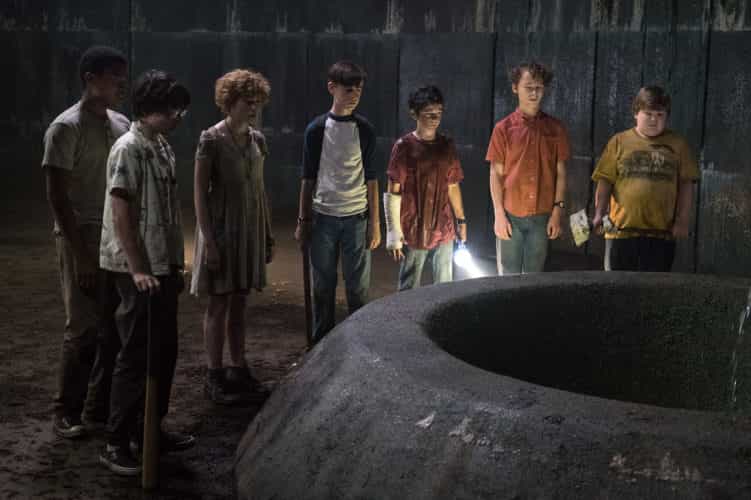 The Losers Club look at the well, where they believe IT comes from every 27 years.

Each kid continues through the film and they discover IT in their own way. They also begin to learn more about themselves and who they are as a person. This is one of the defining points of the film that separates it from other horror films. Apart from the horror aspects, the comedic relief and touching moments stand alone in their own right. The story has a fullness that makes you care for the characters mental health as much as their physical.

Continuing forward, the Losers Club learn to face their fears as a group. Only together can they face the strength of Pennywise.

“IT” will make you afraid of balloons.

This film is not suitable for children as it’s rated R for violence, horror, bloody images and language. The film contains numerous jump scares, disturbing images and scenes containing excessive gore. During the preview I saw, numerous popcorn buckets “flew” in the air from scared viewers. The film lasts about two hours and 15 minutes and does not contain any post credit scenes.

“IT” is much more than a jump-scare Halloween flick and contains plenty of scenes meant to shake your core. Following the kids lives and seeing how they grew through their fear was great, apart from the scary aspects. If you invest in the characters, the scares are more real and allow you to feel the fear with them. I highly recommend seeing “IT” in theaters. The huge high-quality screen forced you to look through the rooms, seeking out the scare before it happened. Being a person who does not really like horror films for the sake of scares, I throughly enjoyed this film.

Join us for ‘Early Night Live’ at Pandora/Animal Kingdom

Pennywise isnt ‘IT’ in the book/original – he feeds children to ‘IT.’ Is this different now?