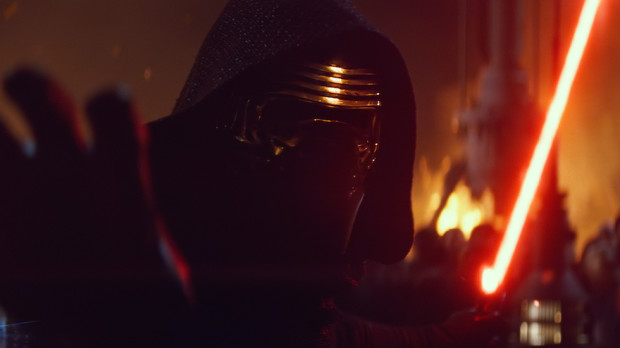 Guests at Disney Parks will soon be able to come face to face with one of the new villains from Star Wars universe, Kylo Ren. If he asks you to help him with something, we suggest you decline.

Starting in February, a visit to Star Wars Launch Bay at both Disneyland Park in California and Disney’s Hollywood Studios in Florida will transport guests to the Star Wars galaxy for an encounter with Kylo Ren on the bridge of his First Order Star Destroyer.

Star Wars Launch Bay is designed to showcase a variety of Star Wars characters over time. In addition to Kylo Ren, guests may also come across a garrison of First Order Stormtroopers or Chewbacca, holed up in a secret Resistance base.

Much like Chewbacca and the Stormtroopers, guests will be able to interact with Kylo Ren while he interrogates you. He will not grant permission for autographs, though. With Kylo’s debut, Darth Vader will no longer be available to meet at Launch Bay, but can still be seen in Jedi Training: Trails of the Temple.

As seen in “Star Wars: The Force Awakens”, Kylo Ren is a dark warrior with a mysterious past. Kylo Ren is strong with the Force and serves as a leader of the First Order, seeking to destroy the New Republic, the Resistance and the legacy of the Jedi.

Watch our video of the 2016 Rose Parade below to see Kylo Ren’s first public appearance.

What are the height requirements at Walt...

Properties that most likely won’t return to...