Filming has begun on the new live-action adaptation of “Lady and the Tramp” for Disney’s yet-to-be-named streaming service in Savannah, Ga. – and we’ve got a few pictures of the set to share. 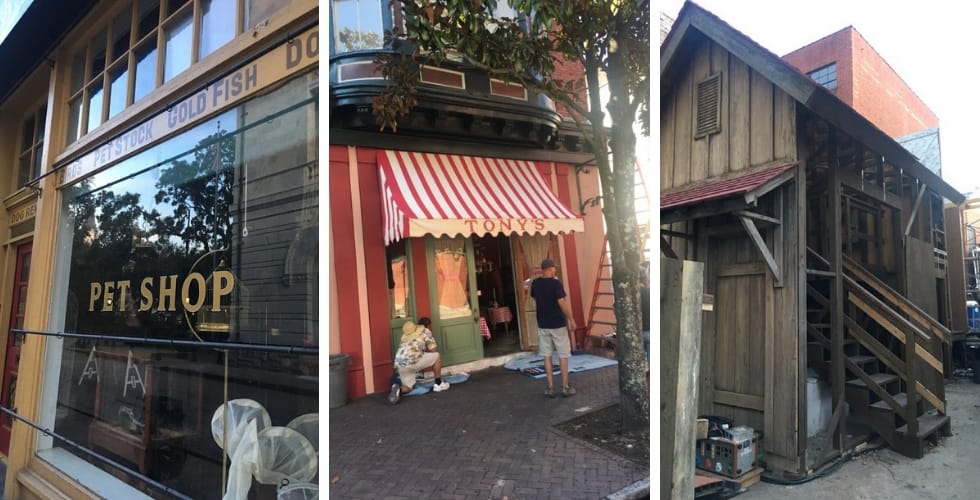 Check out these photos straight from the set of the live-action “Lady and the Tramp”.

Check out these photos from the set below, courtesy of Jayme Keller, @jmekeller on Twitter:

Our first look at the Savannah, Ga. set takes us to the pet shop where, in the original animated feature, Aunt Sarah takes Lady to get muzzled after the two trouble-making Siamese cats claim she attacked them. 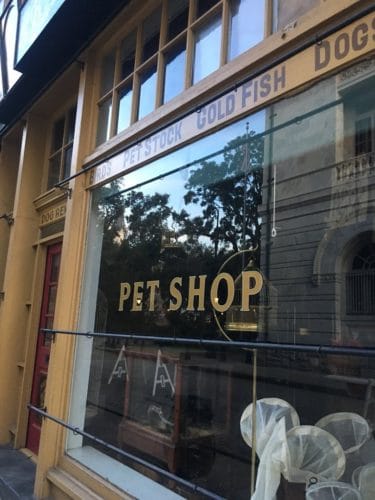 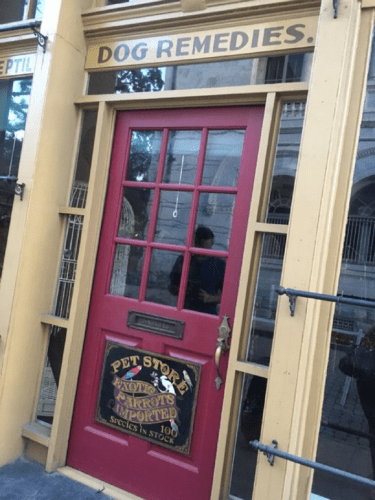 The door to the pet shop.

You can see the pet shop more clearly in this scene from the animated film:

This next shot isn’t of a particular place, but the posters do include what could be an add for a local zoo. In the original animated film, Lady and Tramp travel to the local zoo and find a beaver that can help remove her muzzle. 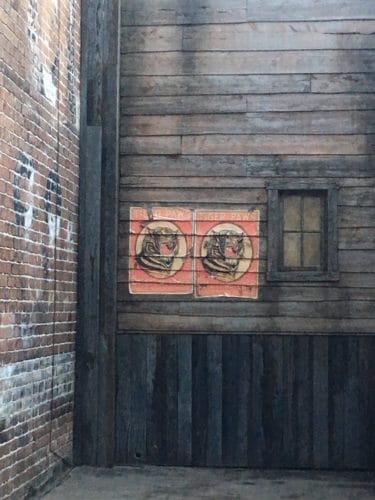 You can check out this clip of the dogs getting into the zoo below:

We’re not positive on what this next location could be, though our best guess is one of the early scenes that establishes Tramp’s life on the streets. In this same scene, Tramp rescues his friends from the local dog catcher, which you can watch below. 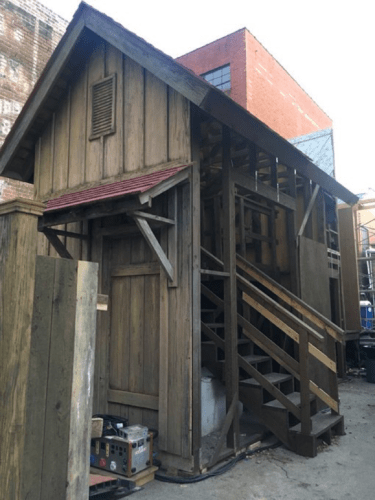 This same building also features ads for performances by an opera singer and piano player, though we’re not sure if this is a new plot point added to the live action film or just part of the set decoration. 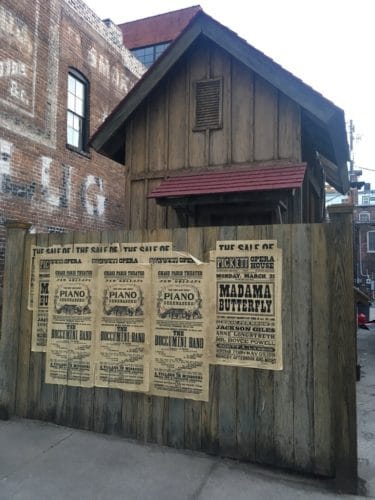 Finally, we got a look at what could be considered the most iconic location from the original “Lady and the Tramp” film: Tony’s Restaurant. Here the two dogs share a candlelit spaghetti dinner, and Lady realizes that she’s falling in love with Tramp. 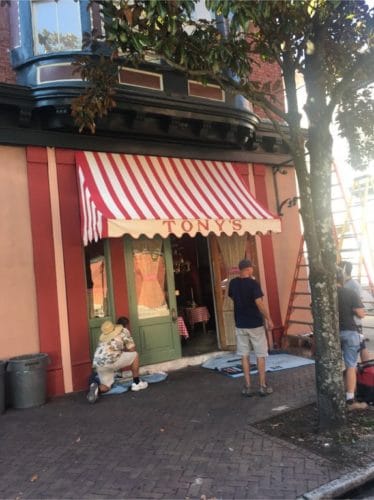 We also managed to get video of horses being used on set, which could be for the dog catcher’s horse-drawn vehicle from the original film:

They’re filming a Disney movie in Savannah, Ga. this week. We’ve heard it’s a live-action Lady and the Tramp. pic.twitter.com/C4VZfv1hWR

As you can see by the photo below, these exteriors are right next to each other on the street, which makes filming on-location much easier for the crew. 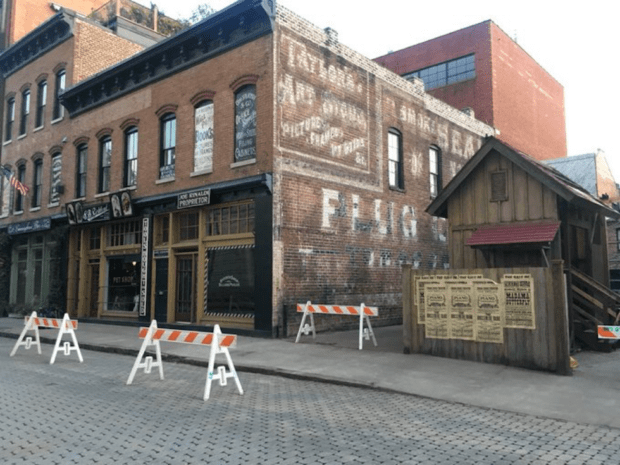 Here you can see the pet shop, and Tramp’s shack right next to it.

There is no set release date for this new live-action remake, but Disney’s unnamed streaming service is set to begin operations in 2019.

You can check out the original trailer for the animated “Lady and the Tramp” below:

(Original 1955) Lady And The Tramp Trailer