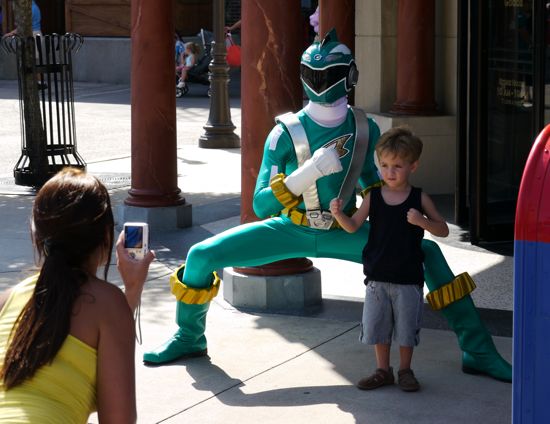 Disney acquired the Power Rangers back in 2001, and now they’ve sold them back to the original owner, Haim Saban. The show has now been licensed to Nickelodeon, and new episodes will debut in the first quarter of 2011. The Nicktoons channel will also begin running reruns of the show. So what’s this mean for the meet and greet with the Rangers at Disney’s Hollywood Studios? Their days are numbered.

You have until Aug. 7, 2010 to meet the Power Rangers at the park. In case you can’t make it, here’s a video of them in action on the Streets of America.

Retro Orlando: Take a Delta Dreamflight at the Magic Kingdom

I got the chance to see the Power Rangers at the Magic kingdom in 2006. Although, I am surprised Disney sold something they aquired. But they have done it a few times before. I was dissapointed with Disney for no longer continuing with the tv show. They improved where Saban heavily relied upon the Japanese footage and not doing much otherwise. I guess it will remain to be seen if Saban can do just as good. Makes me wonder what happens to the Disney produced seasons of Powr Rangers? Anyway, I do not know why they would not renew the option to keep them in the park? People, young and old, want to visit with the characters they like and see on tv. I am sure if Disney decides not to continue having the Power Rangers in their parks, another park would certainly grab the opportunity such as Universal Orlando. Since Nickelodeon is there, or was.