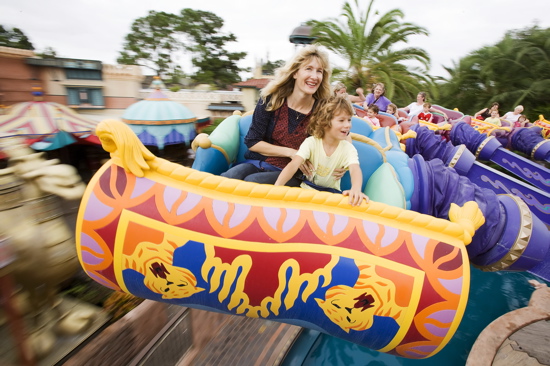 Oscar-nominated actress Laura Dern, star of films including “Jurassic Park,” “Blue Velvet” and “Rambling Rose,” takes a spin Oct. 27 on the Magic Carpets of Aladdin attraction with son Ellery, 6, at the Magic Kingdom.

Dern visited Walt Disney World during a break in filming for “Recount,” a drama about Florida’s role in the 2000 presidential election. The made-for-HBO movie is currently filming in different cities across the state. Dern, who stars in the film alongside Oscar-winning actor Kevin Spacey, Denis Leary and John Hurt, portrays former Florida Secretary of State Katherine Harris.
“Recount” is expected to air on HBO in 2008.