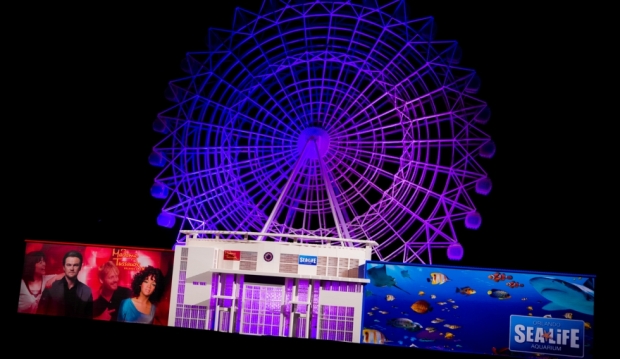 A decidedly smaller Orlando Eye observation wheel was revealed yesterday. But you can’t ride this one. It’s a Lego version which will be on display in the Miniland U.S.A section of Legoland Florida.

Just in time for summer 2015, Legoland Hotel will open just footsteps from the gates to Legoland Florida Resort, which includes a family theme park and water park. “The five-story, 152 room hotel immerses guests in the creative Lego world as it brings children’s imaginations to life,” said Legoland Florida Resort General Manager Adrian Jones. “The addition of the hotel provides guests the opportunity to extend their stay and explore Legoland Florida Resort for more than one day giving them the ultimate family experience.”

Legoland Hotel bookings are now available through January 2016 at LegolandHotel.com.

Yes, as long as credit is given and the whole post isn’t used.

Build your own piece of Legoland Florida...